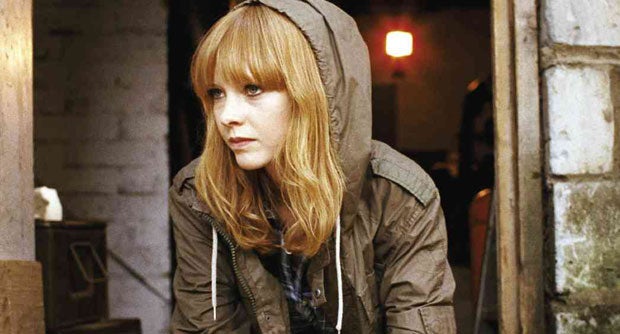 Women are, by default, emotional beings and are known to favor the dictates of the heart over logic.

When a woman writes a song, it becomes an exposé of her feelings. When she finishes an album, the album becomes either a chronicle of past experiences or a journal of her sentiments.

Case in point: young indie-folk artist Lucy Rose. Her debut release, “Like I Used To,” is a watering hole of raw emotions cascading into song.

Released in 2012, the album has charmed listeners in the United Kingdom and beyond, shedding light on the 24-year-old singer-songwriter’s palpable talent.

Lucy Rose’s potential grew as she took music lessons when she was still very young. Before learning to play six strings, she was a percussionist for the school orchestra and also played the piano, an instrument that she used when she started writing songs. She eventually bought a guitar and taught herself to how to play.

After realizing her capabilities, she decided to devote her life to her craft.

Although uncertain of her caliber as a musician at the time, she moved to London when she was 18 years old to pursue her calling.

Her debut release, “Like I Used To,” is by far her biggest milestone.

“It’s completely mad, really, from how it all began and how it didn’t seem that the music industry had any interest, even though people were coming to my gigs. I just hope that I’ll be able to do it again and that I’ll continue to do it,” she said.

Her favorite song in the album is “Lines,” which she has come to love for its complex structure, shifting tempos and the positive reception that it has gathered from listeners.

She draws inspiration from one of—if not her greatest— musical influences, ’60s to ’70s folk icon Joni Mitchell.

“She said that when she was writing ‘Blue,’ she didn’t want to give her whole self away and          that was everything she had. And all the feelings that she had, I appreciate that so much and I can connect to that album.

“And so I’ve always tried to do something similar … But sometimes, it’s the hardest thing describing something that means a lot to you ’cause you sort of say things that you shouldn’t be telling people and you try to fight back for your privacy,” she said.

The most valuable lesson that she has learned from being a musician is to continuously strive to improve her songwriting.

“I suppose I try not to think about it too much when I’m writing. Whatever comes out comes out. I’ve been enjoying experimenting recently, starting with a drum beat or a bass line instead of always writing with a guitar… trying different things, brewing it on the piano.”

“It’s probably the best feeling when you perform it live and you have people singing the words with you. There’s this connection. And I think of that time in my bedroom when I wrote it and had no idea if anyone would like it. And now I sit on stage and people sing it with me; it’s like a sort of acceptance from people, with the music you make, which is probably the best feeling in the world.”

These days, Lucy Rose is devoting time to her second album. It’s a completely different experience for her, as it’s her first time to record in a studio. She’ll be taking a break from her sessions with a few international performances, one of which is our very own Wanderland Arts and Music Festival.

Catch Lucy Rose at Wanderland, to be held on May 17 at Globe Circuit Events Ground in Makati City.

Wanderland Music and Arts Festival is a festival by Karpos Multimedia Inc., presented by River Island and Globe, and copresented by The Bar, Fox and Star World.