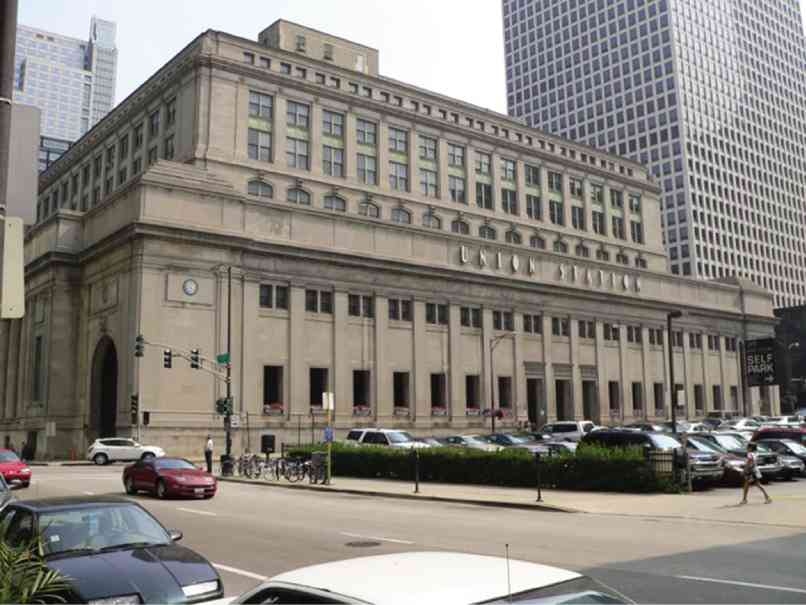 Chicago–the movie on my mind

For years, the beautiful city of Chicago had to play second fiddle to New York, San Francisco or Los Angeles when it came to location shoots for movies and TV shows.

All that changed, however, upon the release of “The Blues Brothers,” a musical comedy starring Dan Aykroyd and the late John Belushi in 1980.

Now a cult classic, the film seamlessly wove into the story such Chicago landmarks as the Wrigley Field, Richard J. Daley Center and Lower Wacker Drive, the quaint road networks and the iconic downtown skyline.

Full of  deadpan humor and spectacular car chases that took up a substantial chunk of its $28-million budget—huge in its time—“The Blues Brothers” is at once funny, jaw-dropping and over the top.

“Chicago is one of the stars of the movie. We wrote it as a tribute,” Aykroyd,  one of the film’s scriptwriters, told the Chicago Sun-Times in a story written to mark “The Blues Brother’s” 25th anniversary DVD release.

With that, the John Landis-directed film earned a special place of honor alongside much older and newer screen classics filmed in Chicago.

Chicago also suffered onscreen destruction when giant alien life forms morphing into cars and airplanes battled it out in “Transformers: Dark of the Moon” (2011).

It remains a mystery though, why aliens seem to favor the United States over any other country on earth.

A sense of itself

“What Chicago has that no other city has is a sense of itself, a personality that lends itself perfectly to a mood or attitude a filmmaker seeks. Chicago, for filmmakers, is a city that works,” said Patrick McDonald, writer, film critic and chief tour guide of Chicago Film Tour (www.chicagofilmtour.com).

Thanks to dramatic lighting, multiple cameras and skillful use of computer-generated imagery (CGI), these varying moods were in full display in such dark and surreal films as “The Dark Knight” and the recent futuristic action thriller “Divergent.”

The Chicago Film Tour, a one-hour and 30-minute annotated drive-by tour of the city’s landmarks and business establishments that figured in close to 90 American productions, was one of several tour packages offered by organizers of the recent International Pow Wow (IPW) ’14 to journalists.

The bus tour, which comes with a video presentation alongside McDonald’s analysis and endless trivia, costs $30 per person.

The annual five-day IPW, the biggest gathering of travel-related businesses and organizations promoting travel and tours to and within the United States, returned to the Windy City after a 16-year absence. (Next year’s IPW is in Orlando, Florida.)

Chicago’s landmarks, McDonald added, can morph from the playful (Wrigley’s Field, the oldest baseball field in the US, in “Ferris Bueller”) to the ominous (the Sears Tower in “Transformers”).

It can even be mysterious as in the suspense thriller “North by Northwest.”

“The Blues Brothers” brought multimillion-dollar filmmaking back to the main city.

It also honored the spirit of Chicago Urban Blues, a category of rhythm and blues music that originated in the city.

“And since it’s a hilarious musical with great comedy from two performers at the top of their game, Dan Aykroyd and John Belushi made Chicago Urban Blues popular again, and made the city a fun place to be,” said McDonald.

The costs of filming the largest scene in the city’s history totaled $3.5 million. Chicago Mayor Jane Byrne gave her go-signal after Belushi and Aykroyd offered to donate $50,000 to charity.

It  helps that downtown Chicago is an architect and urban planner’s dream come true. Like Manila and Baguio, modern-day Chicago was  planned by noted urban planner Daniel Burnham, a native of Illinois.

The city enjoys the distinction of having the most number of skyscrapers in the United States, next to New York. Not only are they tall and massive, many of these historic buildings are also beautiful and iconic, like the twin Marina City Towers.

Designed by architect Bertrand Goldberg and completed in 1964, the mixed-use twin towers are also known as Chicago’s “corncob buildings” because of their circular and peculiar shapes.

In the days before CGI, one of the two buildings made headlines when it was featured in a spectacular stunt executed by the late Steve McQueen’s character in “The Hunter.”

“It shows a car driving off the building’s open car park and falling into the Chicago River below,” said McDonald. “Everybody who takes the tour has at least some familiarity with the scene, and loves seeing the real deal.”

That scene from “The Hunter” is considered one of five of the most popular cinematic moments in American film history that were shot in Chicago.

Tourists also love seeing sites associated with the two Batman movies, especially Bruce Wayne’s office, which in real life is in the chic Hotel 71 in the downtown area, as well as the massive Board of Trade Building.

Overseas visitors fascinated with American baseball have a grand time at Wrigley’s Field, one of the most significant baseball fields in America. It’s featured in “Ferris Bueller’s Day Off” and “A League of Their Own.”

A scene featuring good guys led by Eliot Ness (Kevin Costner) shooting it out with Al Capone’s henchmen in the Union Train Station is now a classic.

“Fans love seeing the place where a baby carriage hopped down the stairs while Chicago gangsters fired around it. The station itself is also very distinctive,” he said.

For the young at heart, Chicago also offers locales that evoke touches of whimsy. John Hughes, the late director behind “Ferris Bueller’s Day Off,” “Uncle Buck” and the “Home Alone” series, was also a proud resident of Chicago. He made it the setting of many of his films.

The toy store scene with the grand staircase in “Home Alone” wasn’t filmed in a department store but on the lobby of the shuttered Uptown Theater.

During its heyday in the ’20s and ’30s, Uptown Theater was the biggest indoor cinema in America with a seating capacity of 5,000.

“Theaters then were big because Americans regularly went to the movies because there was no TV yet,” said McDonald.

“Near the end of its life, Uptown was used as a venue of rock concerts. The last act to perform there was the J. Geils Band in December 1982.”

There’s also a real dark side to Chicago. Movies loosely based on the life of such Depression-era gangsters who once roamed its streets, like Capone and John Dillinger (Johnny Depp in “Public Enemies,” also shot in Chicago), figured prominently in the tour.

“After being threatened by government agents with deportation, his then girlfriend squealed on Dillinger’s whereabouts,” said McDonald.

A narrow side street a few meters from Biograph Theater where Dillinger was cornered and gunned down by members of the newly formed FBI is still there, a reminder of  Chicago’s colorful, violent past.

Delta Airlines, one of the official sponsors of IPW ’14, flies daily from Manila to Chicago with stopovers in Narita and Nagoya.