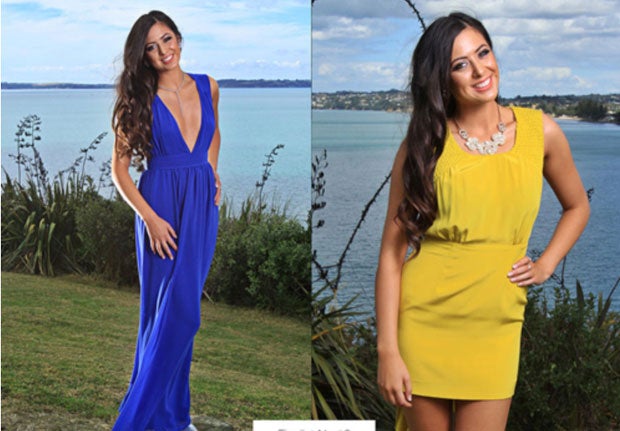 MANILA, Philippines – A Filipina was chosen to represent New Zealand in Miss World 2014, the Philippine Embassy in New Zealand said on Saturday.

She has a Filipino father and an English mother, the embassy said.

Garciano is the youngest of four siblings. Her father came from Camotus Island, Cebu.

In her message to the embassy, Garciano was quoted as saying the Philippines was a “beautiful country.”

“I am fortunate enough to have visited the Philippines three times.  I love the Philippines so much, it’s such a beautiful country.  If I could, I would visit every year,” she said.

“I would like to thank all of the New Zealand Filipino community for all of your support, it really means a lot to me,” she added.

Garciano is working as a branch sales coordinator in a retail store in New Zealand.

“With our heartfelt prayers and best wishes as you embark on another chapter in your life to fulfil your dreams and as you carry with you the cheers, applause and prayers from your family and all of us from the Filipino community and people from New Zealand and the wider community here,” Benavidez said.

The Philippines has yet to choose its Miss World bet after Megan Young became the first Filipina to bag the title in 2013.

Filipinas have been winning various beauty pageants around the world.

Ariella Arida was fourth runner-up in the 2013 Miss Universe pageant.