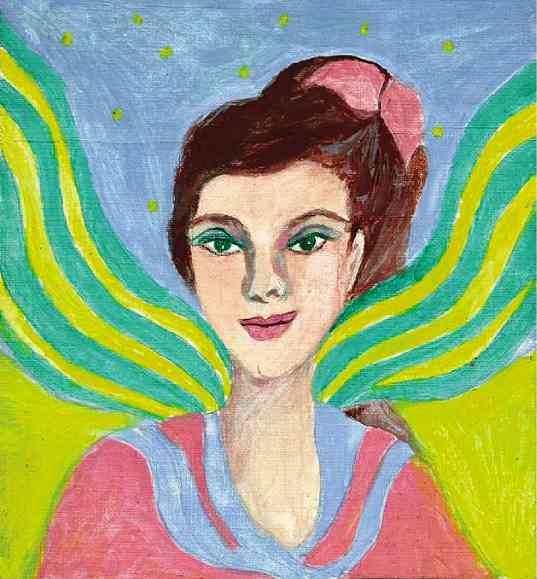 The descent of angels

It was in baptism during the Spanish period that the saints came marching into our lives. The calendar listed Catholic saints for every day of the year, and one had no choice but to accept the holy soul of one’s birthday.

Today we may consider names like Gunigunda and Eutiquio, and their nicknames Gunday and Tikio unbearable, but if these guys were alive today they would probably shudder at being called Ai-Ai, Coco, Lovely or Piolo.

Because we bear Spanish names and surnames, we are frequently mistaken by foreigners as Spanish speaking. Actually, Crescencia and Salvador may speak not a word of Espangol. And their nicknames are mostly under local influence (Kising and Badoy).

What works in folklore could probably apply to names. The older or more popular the story, the more versions it had. For folktales, it is “The Monkey and the Turtle.” For names it must be Maria and its nicknames. These are: Iyang, Iyay, Angge, Mare, Maring, Maya, Mayang, Marie, Maris, Marisa, Maruja, Marina, Marian, Mariana, Marianita, Marita and its aggregates—Marilou, Maribel, Maricel, Mariel etc.—which are endless. Not to forget the male version, Mario.

Another runaway favorite is, of course, the foster father’s name—St. Joseph or Jose—with Ute, Joseling, Joselito, Pepe, Peping, Pepito, Pitoy, Pitong, Pete, Josefino, Joe, Joey, Joel and Jojo as their diminutives. Other front runners are Francisco, Frankie, Frank, Isko, Paco, Paquito, Kiko, Choy and Kokoy depending on how old you are.

Old nicknames were often longer than the names themselves. The last letter was replaced with “ing” as in Vicenting, Amparing, Gracianing and Carmeling. Or the additive was “ito” or “ita” as in Luisito, Elenita, Ignacito and Merceditas.

Old, shorter nicknames came about by extracting two syllables from the first name and adding an “e” to it. For instance. Tone (To-ne) for Antonio, Baste for Sebastian, Tale (Ta-le) for Catalina and Jule for Juliana. Adding a “y” is another old way of producing a pet name such as Kikoy, Bindoy, Andoy, Lilay, Ninay and Kakay.

Which is also how the Filipino got its nicknames Pinoy and Pinay, and the mestizo, Tisoy and Tisay. And doesn’t the diminutive of a diminutive make Pinggoy and Chinggay, Minggoy and Linggay sound even more beloved?

Appellations associated with God himself were Jesus, Redentor, Emmanuel, Encarnacion, Resurreccion, Salvador and Diosdado. One woman named Circumcision was in a ’50s baptismal record. Presentacion (Presentation in the Temple) was also a preferred first name. Jesus as a first name, though, has been, for many decades, banned by the Catholic church. Maybe they didn’t relish the idea of a parent saying “Jesus, p ___ mo ka, nakipag-away ka na naman!”

The Evangelists—Mateo, Marcos, Lucas and Juan—are as popular as ever today in their Western forms, Matthew, Mark, Luke and John. No less beloved are the virtues—Virtudes, Fe, Esperanza, Caridad, Modesta, Simplicia, Inocencia, Pura.  For males—Fidel, Justo, Claro, Honesto, Constante, Generoso.