How to create small and big miracles | Inquirer Lifestyle 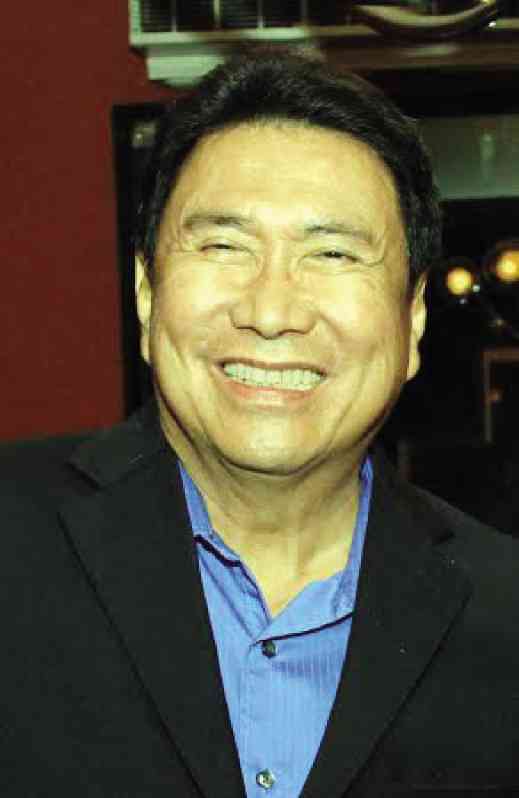 How to create small and big miracles

Your mantra for the week: “The word impossible can also be spelled I am possible.”

Many years ago, when I was a practicing counselor using astrology and reading past lives, a lady came to see me upon the recommendation of her friend who wanted to help fulfill her desire to have a baby.

This lady apparently had tried everything including novenas to venerable saints in all the churches that offered prayers for those physically incapable of bearing a child. She even went as far as to dance in Obando, until her friend suggested that she see me.

As she sat before me, I asked whether she was willing to follow all my instructions; she solemnly promised to do so. And here were my simple instructions:

First, you must consider what your doctors prognosticated as simply their opinions and nothing more, though their years of painstaking studies entitle them to speak with authority. Next, you must give up all your novenas and all the rituals you’ve been doing and substitute them with meditation and contemplation, which I can teach you how to do effectively.

Second, I will ask you to do something most people would consider absurd, but you must see to it that this is done properly and feel in your heart that this is your reality. To further

convince your subconscious mind to produce your desire, you will take one more step and order a maternity dress and have yourself photographed wearing it. You will keep this picture posted where you can see it easily and often. Please request your husband to cooperate with you and help you create an atmosphere likened to virtual reality. This is of utmost importance.

Third, after a week or so you will go shopping for baby things such as diapers and bibs that will go with dressing and taking care of a child. When the saleslady asks you whether you are “expecting,” you will acknowledge the question because, in truth, you are expecting to make your dreams come true. If you know how to knit, make baby gloves and booties in order to further court your subconscious mind to bring into fruition your deepest wish.

People will call this pretending, and yes it is. However, it is a principle called “pre-tending”— which is tending it before the fact. Actors and actresses do this and their roles become part of their lives. Recall how Bette Davis’ roles impacted on her personal life.

Also, remember to wear your maternity dress at home and look at yourself in the mirror as frequently as possible. Always keep a high level of excitement because you are, at last, having a baby.

This beautiful lady called me three months later to announce that she was, indeed, pregnant and that her doctors were literally dumbfounded at their findings. They simply called it “a miracle” and they added to that unexplainable discovery by foregoing all their professional fees all the way up to the delivery of the lady’s baby girl.

The daughter is now in her 30s and her mother is none other than the Bb. Pilipinas-Universe of 1970, Simonette de los Reyes.

One day I ran across one of her doctors who quickly confronted me: “What did you do to Simonette?” I gave him a big smile and said, “I had nothing to do with it. She did it all by herself.”

For those wanting to create their own small and big miracles, try practicing the following:

Visualize your goals and desires clearly.

Decree with authority knowing that you are the king in the kingdom of your mind.

Always live in the joyous expectancy of the best, and you will get the best at all times.

I have been barraged with questions about my days as Conde de Makati—like what I wrote about, what were the things that I said that put me on the journalism map, so to speak.

I browsed through my files and was amazed at my gumption at making fun of people in high places and stratospheric levels. It even became more delightful because nobody knew who the Conde really was.

The no. 1 suspect was Joe Guevarra who vehemently denied it. He said, “I only write about the political arena. The social scene is another story.”

Here are some snippets from the pre-Martial Law column Social Climbing with the Conde de Makati:

Chito Madrigal was aghast upon hearing that some of her friends were practicing sodomy… “Just inserting a suppository can be a stinking ritual.” It’s so… dumi! she exclaimed.

Asked what he would have wanted, were he given the choice, Charlie Palanca answered: “A most sought-after and desired woman.”

“So Charlie Palanca could go after you!” declared Leila Benitez Simpson.

Nena de Leon, whom I fondly refer to as a pope, once said, “I cannot stand seeing people living in a state of sin… I am really a square—just take my husband for example… I know he probably has an Americanita hidden here and there, but I’ve never caught him… But mark my word, the moment I catch him, I will leave him… especially now.”

Why especially now? I asked,

“Well, because now I no longer need sex,” she replied emphatically. (Well, when she finally became a widow, she married a young dance instructor whose mysterious disappearance remains unresolved up to this day.)

After complimenting her at a party for what she was wearing, I asked Virgie Moreno whether it was a Moreno original. She said, “Of course—although not by Pitoy, but by Virgie.”

“Congratulations, you can now replace Pitoy,” I continued. And she answered, “Yes, but the question is, can he replace me?”

At the wedding anniversary celebration of Ato and Myrna Magdaluyo at HIM’s Castillana, Talya Ferro sang as brilliantly as she read palms. She did a reading for Ninoy Aquino that night. What she “saw” was the hands of an “idealist—inflexible, determined, loyal to a fault and the heart of a true romantic… reminiscent of the days of Romeo and Juliet.”

She also saw that he would reach the pinnacle of his success in his late 40s and early 50s (Ninoy was assassinated when he was 51), would be comparatively inactive in his late 50s (it was Cory Aquino who was then active), and would once be moved to activity in his early 60s. “You look like you would live to be a hundred,” Talya told the senator.

Sorry Ma’am, you can’t be that lucky all the time! (Little did I know that her luck will continue up to this day as member of congress. What next?)

At another time, I had invited Ninoy to watch the Pilita Corrales show at Hotel InterContinental Manila because he once told me that he was really a Pilita fan—that you would find him at home every Thursday evening from 8-9 watching “Your Evening with Pilita.”

That night we were discussing Martial Law which we both felt was forthcoming. Little did we suspect it was just two weeks away. That was the last time I saw Ninoy, who I considered not only the best senator at that time but also potentially our next president.

He didn’t live a hundred years as Talya Ferro had read, but he now lives in the pages of history as a hero for ages to come.

Year 1972 ended with a nice note at Christmas time because Pilita came to serenade us. She was one of those friends who remained a friend despite my being a detainee and a persona non grata in the so-called new society.

Meanwhile back to the Conde, a prominent stockbroker and his socialite wife have split. “He is impossible,” she says. “When the market is bullish, he is always out and when he does come home he gives me a lot of bull; when the market is bearish, he is simply unbearable.”

According to Mon Tulfo, the reason why the Conde de Makati was so popular then was because, in those days, the society pages were as popular, if not more popular, than most entertainment columns.

I can see where Mon is coming from, because when Martial Law descended upon us, the society pages were discarded to make room for something new.

The “new” turned out to be the crony society which included some members of the old society, with a Damocles sword hanging over their heads that spelled the takeover of one’s wealth if the requested cooperation was not forthcoming.

Enter Sampaguita Pictures and the Vera-Perez stable of entertainers that took center stage in the world of gossip. Entertainment was the name of the game to veer away people’s attention from one-man rule that permeated every corner of the country. Gone were the days of gossip columns, blind items and all forms of tabloid fare. The parties that were featured in the Daily Express were only those held at the presidential palace and from those Ladies who came out of the Blue.

Before that time, modesty aside, the Conde de Makati was the ultimate “more fun in the Philippines,” except for You-know-who, Ma’am, her court of blue, the Xs, the Y’s and the Z’s, who were having more “funds” in the Philippines!