Is there hope in dealing with climate change, dahlings? | Lifestyle.INQ ❮ ❯ 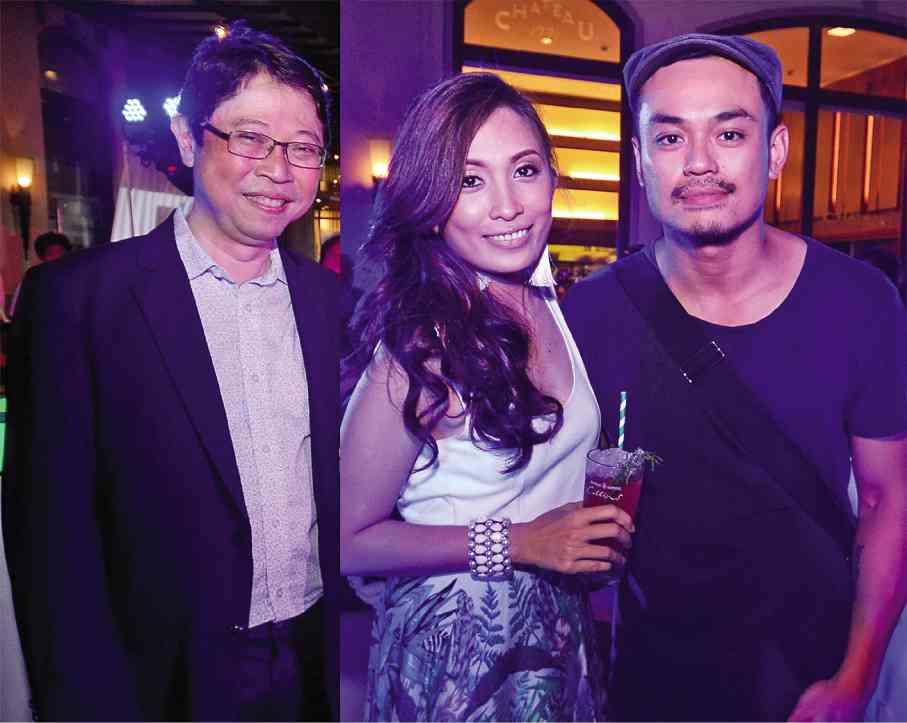 Is there hope in dealing with climate change, dahlings?

The sobering reality, palangga, is that climate change is upon us, the evidence being felt all over the world: soaring temperatures, melting ice caps, rising sea levels, violent storms, the most powerful of which, Super Typhoon “Yolanda,” hit the country six months ago.

But given these worrisome conditions, there is a rampant “climate change denial” in the absence of concrete laws and policies to deal with the problem.

A number of organizations have joined hands to creatively spur people into action. The Headshot Clinic, Climate Change Commission and Emmy-award winning Filipino producer Michael Carandang, supported by Facial Care Centre’s corporate social responsibility program, are spearheading “Earth Faces”—a project that aims to raise public awareness on climate change and send a message of hope to Filipinos and the rest of the world.

“Earth Faces” was recently launched at the fashion walk in Greenbelt 5, coinciding with this year’s Earth Day. The event, emceed by RJ Ledesma, presented a photo and video exhibit of 100 survivors of Yolanda.

Carandang introduced the Earth Faces video which he directed.

Climate Change Commission secretary Lucille Sering said, “This video aims to influence climate change policy, so that it may serve as a reminder of what has happened and what will continue to happen if things remain as they are.”

Well, dahlings, you can be part of this campaign.

Visit www.climate.gov.ph and find out how you can help.

Britain as a friend

The Philippines’ celebration of Queen Elizabeth II’s birthday on April 21 was hosted for the first time by très charming British Ambassador Asif Ahmad and his wife Zubeda, who flew in from London for the occasion.

Ahmad, who speaks Tagalog, went out of his way to hold the affair at British School Manila—whose gymnasium was turned into an elegant hall for a royal ball, no less.

Inside the main reception area, guests were treated to an exhibit of the queen’s photographs that span her reign of over 62 years.

British pop hits played in the background, courtesy of a string quartet that regaled the crowd with covers of the Beatles, Coldplay and selections from the soundtracks of James Bond movies, natch!

In his speech, Ahmad expressed delight over the 40-percent increase in application for British tourist visas. Over the last five months, he said, the promotional campaign “This is Great Britain” was “our way of showing the Philippines the diverse qualities of our nation. We brought you theater, literature, music and fashion. You even had the opportunity to try British food. We promoted the UK as a great attraction for tourists and how our visa operation is delivering an effective service. We are here as a friend of the Philippines… in fair weather and in turbulent times.”

Then it was time to rock the dance floor as DJ Ronan Ferguson played a succession of hot music.

The venerable Ballet Philippines (BP) welcomed its sapphire year and 45th season with exquisite wines and cheeses at its “Blue Moon” gala held recently at Arts in the City in Bonifacio Global City, dahlings.

Spotted at the event, dahlings, were Peng Perez de Tagle and wife Vicky, Enzo and Sandie Squillantini, among others. They sipped the commemorative Malbec wines from Lagarde Vineyard in Mendoza, Argentina, courtesy of Malbec distributors and importers Carlo Lorenzana and Robert Tenchavez.

Spectacular excerpts from BP’s recent show, “Art of Dance,” as well as a preview of 45th season performances, were shown.

The event also bade farewell to BP’s Arts in the City facility, while celebrating the opening of two new schools in SM Aura and the CCP complex.

Floirendo said the new schools “will allow the most established and longest-running dance group in Southeast Asia to further propagate culture and the arts through dance.”

BP’s 45th season kicks off with the return of “Giselle” on Sept. 23, to be fronted by principal lead dancers and soloists from American Ballet Theater.