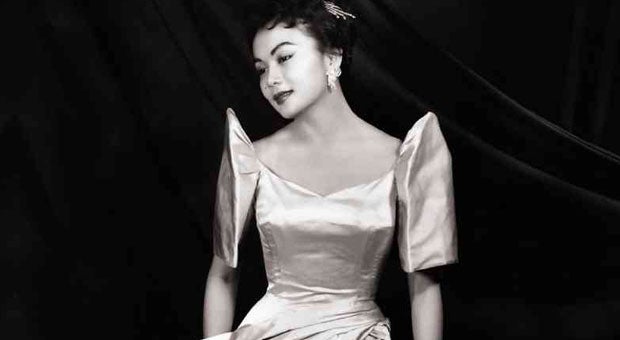 Two of the country’s most significant ternos of the 20th century now belong to the prestigious Victoria and Albert Museum  (V&A) in London.

The museum lauded our national costumes, designed by the late couturier Salvacion Lim “Slim” Higgins, not only for the virtuosity and artisanship of their creation and use of indigenous fabrics, but also for their historical significance.

They are now part of the world’s largest and most thorough collection of costumes that encompasses several millennia and cultures.

“The V&A’s collection of textiles and fashion spans a period of more than 5,000 years—from Predynastic Egypt to the present day… The two dresses and two lengths of dress fabrics fit into this collection and are also an important addition to the Philippine textile items, complementing other items, including a selection of dresses from the 1930s, a wedding dress and accessories from 1934-35, an evening dress from 1970, and a selection of 19th-century textiles,” explains Helen Persson, V&A curator for Asian Acquisitions.

On the V&A’s choice of ternos, Persson adds, “The work of individual artists and designers is central to the V&A collections. The V&A holds the national collection of Textiles and Fashion and the acquisition of two Salvacion Lim Higgins dresses and two lengths of dress fabrics add significantly to the Philippine objects… The unique gray satin terno evening dress, which forms part of the acquisition, is a masterpiece in cut and drapery.”

The two vintage ternos were donated from the archives of Slim’s Fashion & Arts School.  The pale-gray French silk satin terno, crafted  and ruched from a single piece of fabric and caught

in a single seam, was modeled by 1956 Miss Philippines Edith Nakpil Rabat.

It is also the image on the cover of “SLIM: Salvacion Lim Higgins: Philippine Haute Couture, 1947-1990.”

The other terno is a white cotton silk piqué created for First Lady Leonila Garcia in 1959.

Higgins’ career spanned 43 years. She died of cancer in 1990. She studied Fine Arts at the University of Santo Tomas, the cradle of Philippine Modern Art, under National Artist Carlos “Botong” Francisco.

Coming from a family that produced clothing and textiles in Legazpi, Albay, she cultivated her passion for design. She would send her sketches to The Manila Times, signing them with her acronym.

When she set up her atelier, word about her sculptural avant-garde style got around. Her shop catered to clients from across social strata.

On a state visit to the United States in the late ’50s, First Lady Leonila Garcia presented US First Lady Mamie Eisenhower an appliquéd, pink jusi pleated gown made by Slim. (It is now stored at the Smithsonian Institution in Washington, the world’s largest museum and research complex.)

Upon the prodding of friends, Slim and her sister Purificacion established the Slim Fashion & Arts School in 1960. They created a curriculum based on their experiences in design and dressmaking. Through the decades, the school has produced outstanding designers and fashion entrepreneurs, led by Joe Salazar and Cesar Gaupo.

The school continues to be run by Mrs. Higgins’ children, Mark and Sandra, who are even expanding its courses.

In 2009, the Higgins siblings were gathering the clothes designed by their mother to be photographed for the “Slim” book and exhibit at the National Museum. Despite careful packing and storage, the clothes were deteriorating due to lack of facilities for temperature and humidity control. Some long dresses showed tears, abrasions, discolorations and breakage.

Although the school managed to repair the clothes to make them look “fresh” for the photographs and the show, the onslaught of time was evident.

“When we were working on the Slim’s book and exhibit, we recovered a lot of my mom’s work,” says Mark Higgins. “I told my older sister, what is going to happen to these clothes? We should look into placing them in museums in the world.”

The siblings sent copies of “Slim” the coffee-table book to museums all over the world, including the V&A, which sent a gracious thank-you letter.

On one visit to London, Mark met with V&A officials including the curators for Asian acquisitions. The V&A experts expressed their fascination with the long dresses of unusual fabrics and unique treatments.

“The museum wanted to  acquire the gowns that best represented my mother’s style which occurred at the peak of her career in the ’50s,” he says. “Fashion was more flamboyant then, so it gave her more leeway to

be creative. They were impressed by the terno on the book cover.”

The book’s cover shows the iconic gray terno, which was draped and ruched and intriguingly finished with a pointed flap. He explains: “My mother talked about it all her life. It’s one of her masterpieces. It’s spontaneously sculpted on a human form. This is the ‘holy grail’ for designers to replicate. It is impossible to recreate it.”

Also crafted from a single piece of fabric was Ms Garcia’s terno—an asymmetrical balloon skirt with a bow and adorned with raffia leaves and flowers.

Mark also donated to V&A the jusi fabric spun by his grandmother, Margarita Diaz, for Slim’s clients. “She (Slim) wanted to use native materials for her foreign clients.”

The V&A selected the ternos cognizant of Slim’s global perspective. Although the butterfly sleeves were unique to the Philippine dress, the ternos showcased European couture techniques and fabrics.

Developed in the late ’50s, the ternos signified a period in our history when the Philippines was ranked the most progressive country in Asia, next only to Japan. The Philippines had a

higher per capita income than  its Southeast Asian neighbors. Economic prosperity was manifested in the popularity of opulent balls, lavish parties and dandy dressing.

In an e-mail interview with Inquirer Lifestyle, Persson writes: “Slim spearheaded the evolution on Philippine ‘hybrid’ fashion, combining traditional Philippine wear with inspiration from Europe’s Golden Age of couture. She was also advanced in promoting sustainable fashion, insisting on using local material such as pineapple and banana fibers, but in new and innovative ways. Her body of work, especially during the first decade of her career, reflected the social history, values and economic promise of the Philippines.”

The ternos will be made available for research.

“At this stage, the objects will be catalogued so that they are fully accessible via the museum’s ‘Search the Collections’ tool, and also at the Clothworkers’ Centre for the Study and Conservation of Textiles and Fashion. We hope there will be an opportunity to exhibit the objects in the future,” says Persson.

To the Higgins siblings, the donation is not a loss to our cultural treasures. On the contrary, says Mark, “I’m giving my mother’s masterpieces a better home.”