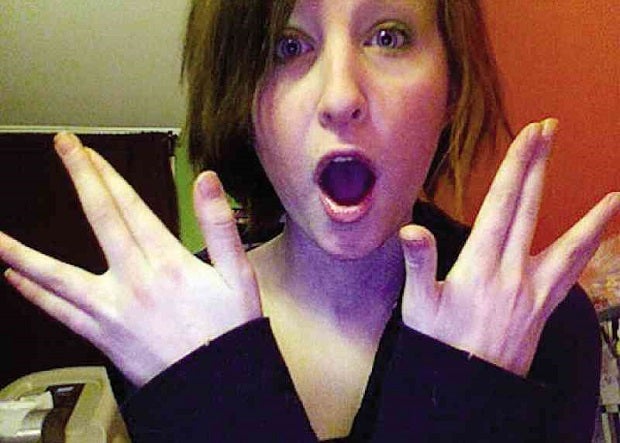 “The Fault in Our Stars” almost didn’t become the “sick” and beautiful love story we all know and love today. Author John Green originally intended for the story to revolve around two male narrators: one a chaplain, loosely based on his own experiences as one, and the other a teenage boy with cancer.

It was fateful, perhaps written in the stars, for John Green and Esther Grace Earl to have crossed paths at a Harry Potter LeakyCon in 2008. In a foreword he had written for “This Star Won’t Go Out,” a book compiling essays and artwork Esther had written and drawn throughout her (much too) short life, he mentions how Esther saved his life when they first met. A girl wearing a nasal cannula accompanied by her sister who was toting an oxygen tank approached John and asked for a photo with him. It was when someone was trying to drag him to the dance floor that Esther rescued him for the first time. “This was the first, but not the last, time Esther Earl saved me from catastrophe,” wrote John. He would discover that Esther was a true-blue nerdfighter (a community and movement to “decrease suck” that John and his brother Hank created on the Internet).

This chance meeting would lead to Skype conversations and a continued correspondence that would alter the course of John Green’s life, and ultimately, “The Fault In Our Stars.” At first, John didn’t want to pry too much into Esther’s condition—he didn’t want to mine her situation as most writers are inevitably wont to do. He wrote in his foreword, “I didn’t want to imagine that this hilarious, devoted fan might die, and Esther wanted friendships that weren’t defined and circumscribed by illness.”

Many people fall under the misconception that Esther Grace Earl and Hazel Grace Lancaster are one and the same, but John is quick to disabuse fans of this notion. Though the book is dedicated to Esther, Esther’s and Hazel’s stories are very different. They have similarities: their middle names (which John also gave to Hazel in memory of Esther), they shared a similar kind of cancer, and both had as their constant companion an oxygen tank and nasal cannula. But, says John, “The character of Hazel is different from Esther, and Hazel’s story is not Esther’s. Esther’s story belonged to her, and fortunately for us she was an extraordinary writer.”

Indeed, she is. Entries from Esther’s journals selected for publication in her book contains funny anecdotes about her family, friends, and her two beloved cats, Pancake and Blueberry, as well as frank and beautiful insights about life and death. And of course, her love for all things Harry Potter and Nerdfighteria.

The life of the star (Esther means “star” in Hebrew) that illuminated John Green’s life still shines so brightly that even now, four years after her death, her memory still brings John to tears when he is asked about her.

Esther’s story, even taken outside the context of “The Fault In Our Stars” is beautiful and a must-read. For fans who loved “The Fault In Our Stars,” reading her book adds a new depth to the story you fell in love with. In one of her journal entries, Esther wrote, “I do hope when the day comes, whether in 1, 10 or 100 years, I don’t want you to think of me and feel sad. Even now, while I’m alive, don’t think of me and say, ‘Poor girl. It’s sad she’s sick.’ Think of me and think of the sunshine, and how I love animals, and drawing something nice.”

“This Star Won’t Go Out” is available at National Book Store or as an e-book at www.kobobooks.com.