Can you be a tech-savvy senior? | Inquirer Lifestyle ❮ ❯ 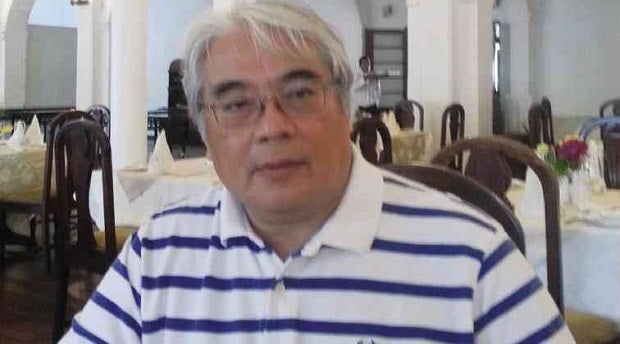 Can you be a tech-savvy senior?

Learn or perish! That’s the mortal challenge of the communication age. And for us seniors the threat, if good indeed, would naturally be more imminent. But it would seem healthier for us to take up the challenge advisedly, limitedly.

I myself took quickly to the simplest device, the cell phone, and have never left home without it; in fact, I can’t imagine how I have survived without it. I, of course, have moved forward from there, to the computer, but, with my little knowledge, I feel fine, not really endangered.

And I know of at least three holdouts who refuse to even get a cell phone—and haven’t perished. One has a phobia of gadgets, and—you guessed right—she’s a relative. She’s listed on my phone as Mang Paeng; it’s through him, her driver, that she takes desperate calls.

The two others are more or less computer-literate, but won’t allow the intrusion of cell phones. Anyway, it doesn’t seem to bother them to be the last notified about anything.

My editor, Thelma San Juan, herself, says that, having to multitask, she can’t afford to be any less tech-savvy than she already is; she just has to be on Facebook, Twitter and Instagram.

At any rate, seniors somehow cope.

“I Facebook, Twitter, e-mail and Skype. I am computer-literate enough to write, like on a typewriter, but I’m not techie at all about commands and shortcuts. I have a smartphone, but I’m not into a lot of apps. I use it to do research on Google.”

“I started with an HP laptop in 2007; decided to replace it with a desktop; hardly use both now, having acquired an iPad.  When the iPhone came, I said that I would not replace my good old Nokia, but I did. I got myself an iPhone 4S. It took a while learning how to type messages; it’s so touch-sensitive, but I got the hang of it after a couple of months.

“What I do know is that you  need only your iPhone to get in touch with anyone anywhere— calls, text messages or e-mail.

“I can even read my news, listen to music, get the latest weather updates from Project Noah, get the traffic situation. Of course, there are games to play while waiting to see your doctor or when stuck in traffic or on a long trip.

“There’s so much to learn, and I’m either lazy or scared to experiment. Am I glad I have a daughter-in-law as an ever-so-patient teacher! I did not even know how to put ‘emoticons’ until two days ago.

“We just have to keep up with technology. Age is no excuse; otherwise, believe me, we will be depriving ourselves of the pleasure these machines bring. We just have to be a part of this wonderful new world!”

“Years ago when cell phones became a must-have, Vic and our two sons tried, in vain, to convince me to get myself one. I finally relented, but only after about a year, and only to spare them from having to worry about me when I was out of their sight.

“It’s not about aging, or the fear of learning something new. It’s about keeping life simple.

“I don’t tweet, don’t blog, don’t do Facebook, not even Power Point. I can e-mail, but don’t ask me to send pictures. I used to prefer editing on hard copy till I got the hang of editing onscreen. Until a moment ago, I thought a tablet and an iPad were two different things. My grandchildren—ages 10, 6 and 3—would have been amused.

“When a dear friend in New York sent me a Kindle two years ago, I gladly turned it over to my older son, who’s been sharing it with his 10-year-old daughter.

“Between Vic and me, he’s the wanna-be techie. He has the patience to plod through pages of instruction manuals and to stay awake just to figure out how something works.  I don’t. I am proudly don’t-wanna-be. ‘Read the manual,’ he nags when I’m confronted with a new device. A month ago he bought me a smartphone, the most user-friendly kind. It’s still in its box in my closet. But I know I’ll have to get acquainted with it soon (‘Read the manual’) as my old Nokia is begging to be retired.

“Philip and I are not tech-savvy at all! He can e-mail and text, of course. I can Google and use some apps on my iPhone but definitely no Facebook, Twitter, etc. I use computers a lot more than Philip. What’s nice is that we forward e-mail from friends and family to one another so we’re always in the loop. I think cell phones are indispensable. It keeps us in touch.

“We weren’t fast learners, but every step conquered was an achievement! We can hardly keep up with new technology and are certainly far behind our grandchildren.”

“I have an HP at home, but I’m happy with my iPhone, which I carry wherever I go. I can do so much with it. I learned to do everything by myself since there was nobody around to teach me. But I didn’t find it hard at all.

“I have Facebook and Twitter accounts, but I hardly use them, if at all. I find Google very useful for all sorts of information. I had a buyer I didn’t really know, so I Googled him, and I was happy to confirm he was indeed all right. It’s as easy as that.

“After breakfast, I reach for my iPhone to get any information I need. At night, I can sit in front of my computer for hours reading mail or just surfing the net.”

“Communication technology has certainly hastened the pace of life. I’m computer-literate, of course. In my business, I have to be, I do Power Point presentations. But I learned painfully.

“While the cell phone is handy, I resent its compelling demand for immediate attention. I like to choose whom to respond to, and when. I refuse to be consumed by it—looking around, indeed I can see how it can consume people.

“Si Baby? Wala, she is not interested in the cell phone, except for playing games, but even in that way, it has managed to consume her, too.”