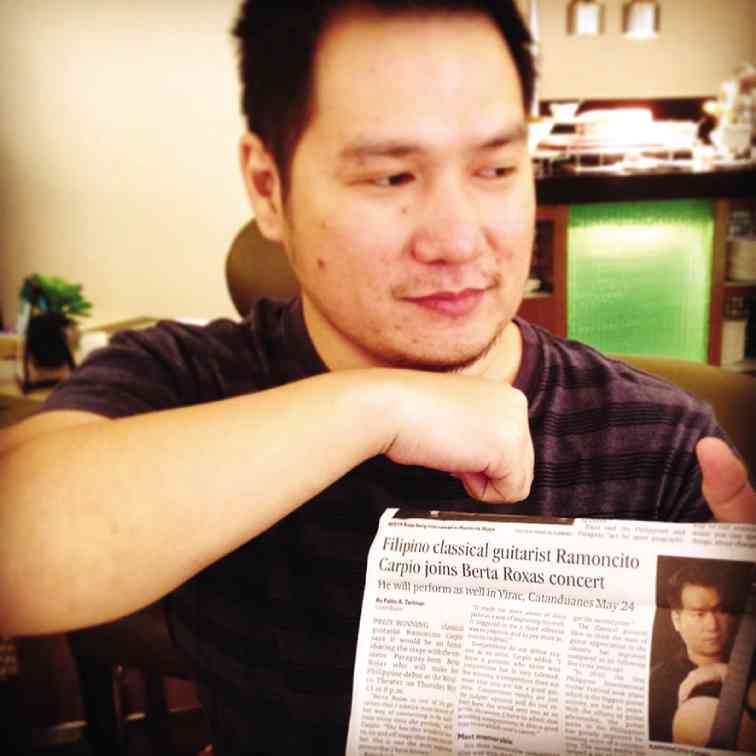 The unbearable heat and humidity outside Meralco Theater didn’t dampen the spirit of Manila’s music lovers who gave Paraguay guitar icon Berta Rojas a standing ovation after the last section of Agustin Pio Barrios Mangore’s “La Catedral,” which left no doubt about the immense stature of the visiting artist.

Opening with Manuel Ponce’s five-part “Suite in A Minor” and proceeding to a guitar transcription of “Estrellita” and “Scherzino Mexicano,” Rojas probably doubled the number of classical guitar fans here with her natural stage presence and superb technique which didn’t call attention to itself.

“Her performance is beyond technique, and everything you see is her art and soul,” said Irene Marcos Araneta, a musician herself. “With the rarity of guitar concerts in the country, her recital is a big learning process for everyone not familiar with classical guitar repertoire.”

A real dazzler was Rojas’ performance of “Suite Americana,” especially written for her by the English composer Vincent Lindsey Clark.

Gemma Cruz Araneta posted on her Facebook page: “Pablo, they should be called Triple Threat, not Triple Fret. They are simply good.”

Rojas thanked the Filipino audience for a very warm welcome.

“Guitar is alive in your country and at the rate Filipinos figure in guitar competitions abroad, I can see a good future for guitar in the Philippines,” she said.

With the never-ending applause and cheers, Rojas gave an endearing encore, Ernani Cuenco’s “Gaano Kita Kamahal.” It brought the house down.

Meanwhile, Carpio is all set for his Catanduanes debut on   May 24, 7 p.m., at the Kemji Resort in San Isidro, Virac, Catanduanes.

Last May 16, Cecile Licad held a recital in Portland, Oregon, where she played 19th- and early 20th-century works by American and European composers Mason, Gottschalk, MacDowell, Ornstein, Busoni and Chaminade.

This program received unanimous acclaim in Germany and Miami and most likely enjoyed another response and critical assessment from Portland audiences.

Licad had performed the program earlier in Miami and music critic Richard Yates of the South Florida Classical Review noted that her “wielding of the overloaded harmonies, the mystical Scriabin-like tonal wanderings, and the overwhelming pathos that pervades the work, was nothing short of virtuosic. She rose to the challenge of the final movement’s jarring montage of former themes in the (Ornstein) sonata.”

Earlier, fans and friends treated Licad on May 11, Mother’s Day, which also happened to be her birthday.

Sofya Gulyak, the first woman ever to garner the top prize in the Leeds Piano Competition in 2009, will have a Manila return concert on May 30 at the BDO Francisco Santiago Hall.

Gulyak is a native of Kazan (Russia), where she studied in a Special Music College, and then in Kazan State Conservatoire under professor Elfiya  Burnasheva.