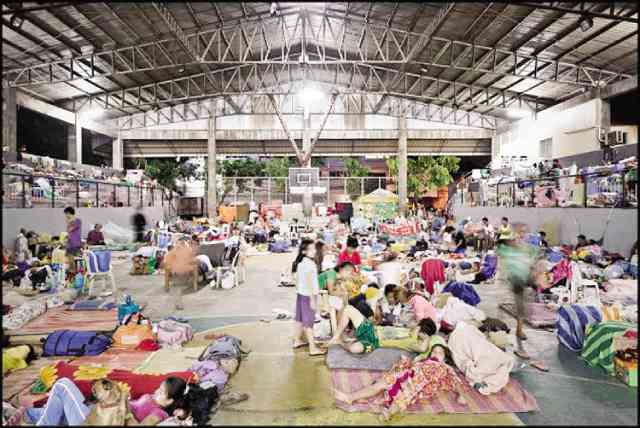 Why UN Habitat named CDO an ‘emerging city of tomorrow’

CDO is ranked by the National Competitiveness Council as the Philippines’ most competitive city.

The city government has pioneered in the computerization of business permits and licensing, as well as the assessment and payment of real property tax.

“Getting a business permit takes up less than an hour,” said Eileen Canoy Escobar-San Juan, the city’s local economic and investment promotions officer.

She also noted that a key driver in the city’s remarkable growth was  the “very strong private sector support and initiative.”

CDO is the growth driver of Northern Mindanao (Region 10), whose economic growth continues to exceed those of the other regions in Mindanao.

CDO’s gross regional domestic product (GRDP) was P240 billion in 2012, up by 7.4 percent compared to its 5.8 percent growth in 2011. This was largely due to the acceleration of the industry and services sectors, which rose by 9.2 percent and 9.0 percent, respectively.

Although agriculture stepped up by only 2.4 percent, contributing 28 percent to the region’s economy.

This fast-growing city of over 600,000 people provides easy access to an enormous concentration of markets in Northern Mindanao.

The multi-berth Cagayan de Oro Baseport handles inter-island passenger travel with connectivity to the country’s nautical highway and the logistics corridors of Mindanao.

Laguindingan Airport services air logistics requirements, while an extensive road network leads to and from the major production areas and markets of Mindanao.

The expansion of the MCT and Filinvest Development Corporation (FDC) Power Plant will consolidate CDO’s position as the largest logistics center in Southern Philippines.

While the rest of Mindanao has been experiencing severe power shortages for many months now (with up to 16-hour outages daily in one Mindanao city), CDO has been hit by brownouts only at the tail end of this summer.

Beyond infrastructure, CDO is the center of education in Mindanao. Xavier University-Ateneo de Cagayan is Mindanao’s first university—and, in fact, is the first Jesuit university in the Philippines.

Capitol University and Liceo de Cagayan University are cited by the National Association of Colleges and Universities as among the country’s top 10 higher education institutions with the largest number of accredited programs.

With 15 universities and schools, CDO accommodates 82,000 students and 22,000 graduates every school year.

CDO’s strategic location and rich agricultural resources have made it the preferred site of major agribusiness companies such as Del Monte Philippines (which set up the world’s largest integrated pineapple processing plant here), Nestlé Philippines, Pilipinas Kao and other small and medium agri-based industries.

As a gateway to Southern Philippines, CDO provides direct access to rich agricultural areas in Mindanao—the source of 40 percent of the country’s food and livestock. CDO is a significant producer of oleochemical and other coconut products.

Higher-value products through agro-processing offer investment opportunities. Presently, Northern Mindanao is the top producer of cattle and is the third largest producer of poultry in the country.

CDO is also a key destination of meetings, incentives, conventions and exhibitions (MICE) in Southern Philippines. It has 4,806 rooms from various accommodation facilities that can handle conventions with 3,000 participants. It is trying to improve these rather limited numbers.

CDO is the white water rafting capital of the Philippines, attracting ecotourism adventure seekers who also delight in experiencing ziplines and spelunking and diving, among other outdoor activities.

CDO is linked to Camiguin, which is renowned for its luxurious beaches, hot springs, waterfalls and historic landmarks; to the mountain ranges of Bukidnon, home to seven indigenous communities; to the Caraga region capitals of Butuan and Surigao with boast eco-tourism thrills; and to the Lanao del Norte nexus of Iligan City and Marawi City, home of the colorful Maranao people.

Over the years, the Cagayan River has renewed its claim over CDO—the primordial gateway through which flowed the transactions and transformations of people and progress, commerce and culture, ideas and values.

“Usually,” he said, “the word reminds us of the bamboo because of the way it dances with the wind in times of typhoons and then snaps back in place afterwards. But I would like to propose that resilience should mean not just overcoming challenges but prevailing over them to become better, stronger, much more than what we had been.”