The beginning of a cosmic convention in the South | Inquirer Lifestyle 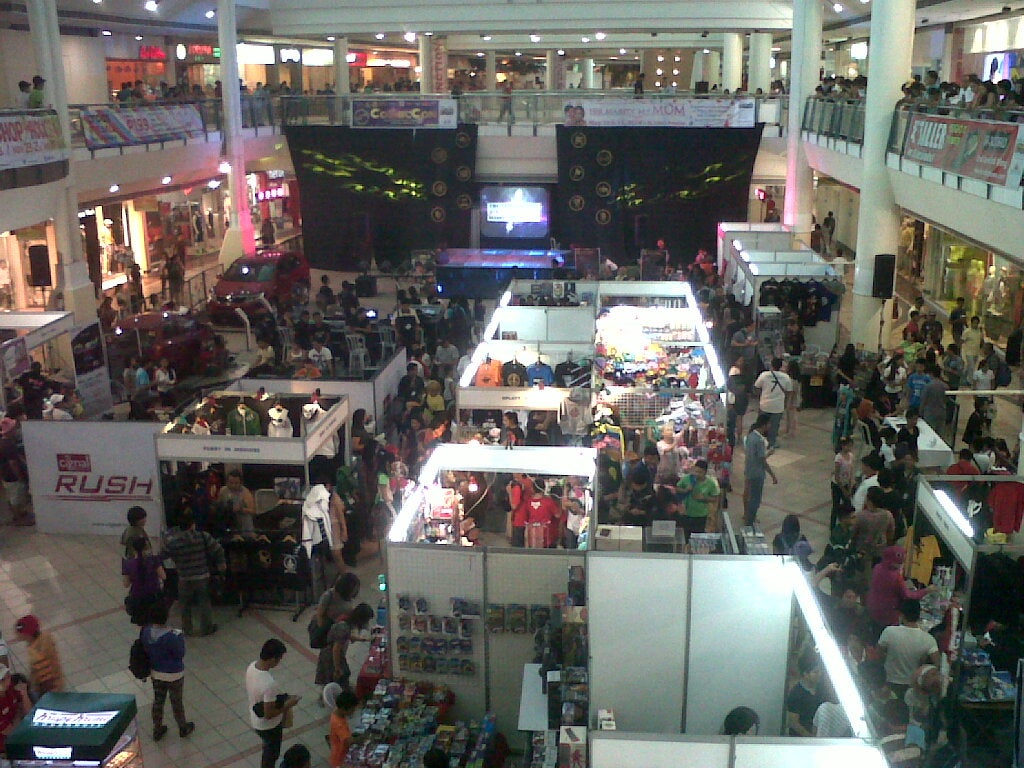 The beginning of a cosmic convention in the South

MANILA, Philippines – If it will have to be described in two words, “cuteness overload” must be the appropriate phrase for the Day 1 of the first ever CosmicCon 2014 held at the Festival Supermall in Filinvest, Alabang.

The venue was clogged with different attractions–booths selling comics, collectibles, DVDs, tees, and toys. Kids and pets dressed in different costumes also roamed around the premises.

The reason behind the toddlers in costume was the Cosmic Chibi Cosplay competition held during the event. While most conventions see teenage and adult cosplayers compete on stage, the CosmicCon 2014 also made room for the little ones who can pull off an Iron Man cosplay, some even sported Gundam suits.

But it weren’t just the participants who got to show off their cosplay talents. Some, despite not participating in any of the competitions slated that day, also came in their respective anime outfits.

Freya Nevaeh Arma who was with her parents came as “Chi,” a character from the anime “Chobits,” during Day 1.

While Natalia Chanelle had eyes fixed on her because of her Sasha Braus cosplay.

Pets were dressed up by their owners as well for the Pet Cosplay Competition.

Gerald Domingo, an incoming third year high school student, said he signed up his dachshund Betty in the competition for the experience and for fun. Betty donned one of the most well-known princess outfits in human history: she was Snow White during the CosmicCon 2014.

Just like human cosplayers, the pets attended the event with their friends. Betty had Spike, a shih tzu owned by Domingo’s neighbour and friend, during the contest.

Attendees and mall-goers were surprised when Kapamilya actor Richard Yap suddenly made an appearance at the CosmicCon 2014. Yap, 46, was at the convention to promote not his TV drama series but his own business centered on pet care and grooming.

This time, his real-life leading lady, Melody Yap, was his companion during the promotion.

The story behind and the story after

According to Icozplay Events Management (IEM) Founder and CEO Carlo Pablo, the CosmicCon is an event that aims to acknowledge and promote gatherings of multifandom events. When asked about the reason behind the “Cosmic” name, Pablo said that they are “inspired to take the event beyond expectations, hence CosmicCon.”

CosmicCon is the first multifandom-based convention held in the South. On its first day, gate attendance reached 1,400 and by the second day, May 11 which is Mother’s Day, the figures doubled, Pablo shared.

Pablo also told INQUIRER.net that “It feels great!” to see families attend the event. It was not part of the plan, but it was indeed a delight knowing that the CosmicCon 2014 also became a family-oriented fandom convention.

While Pablo and his gang celebrate the success of the first ever CosmicCon, he reminds attendees and supporters to expect more events from IEM and also, expect bigger surprises from the CosmicCon 2015.