Pasta with sea urchins in tomato sauce that reeked, in the best way, of the fishy depths | Inquirer Lifestyle ❮ ❯ 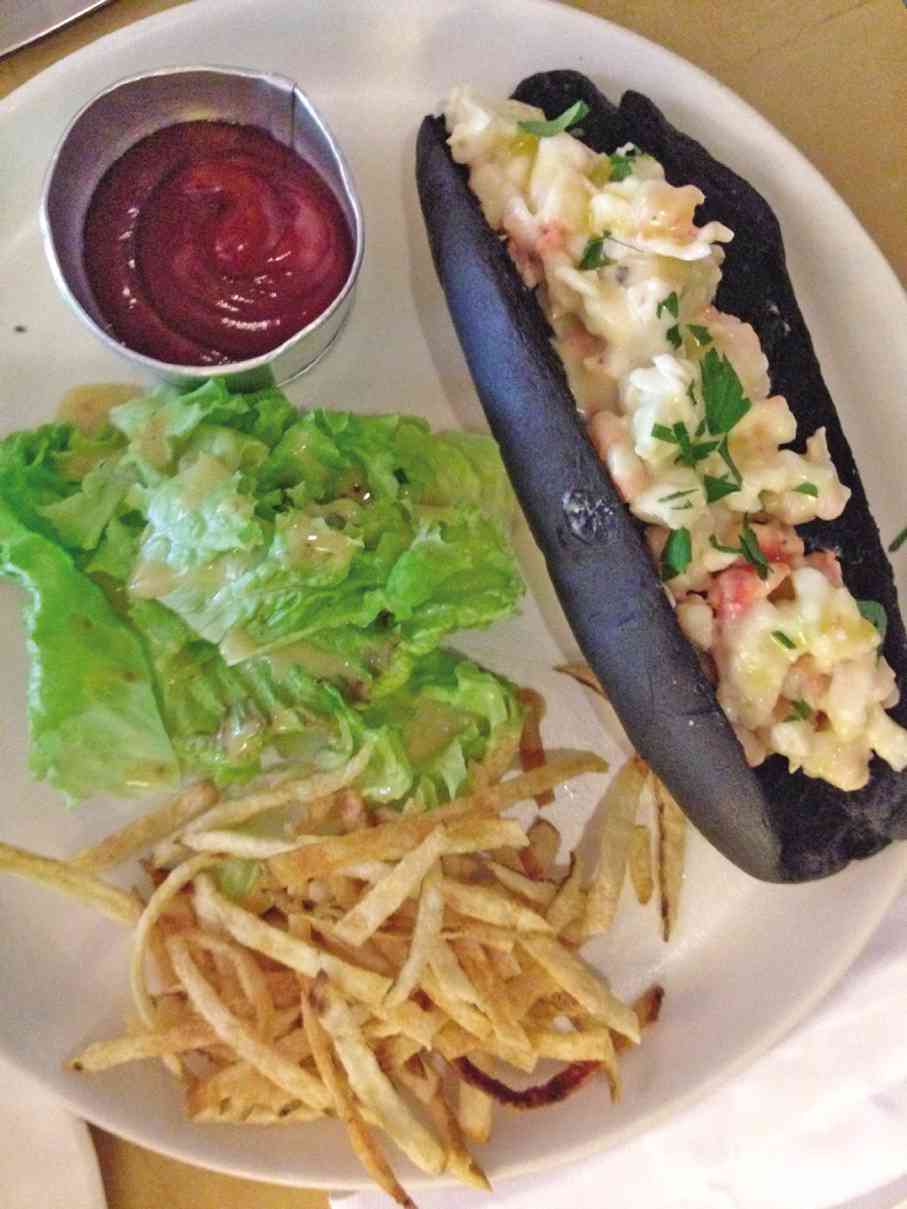 Pasta with sea urchins in tomato sauce that reeked, in the best way, of the fishy depths

There are some restaurants that take shape longer than others. Rumors about Margarita Fores’ new flagship restaurant began swirling almost five years ago, when everyone said it couldn’t be done—local suppliers, organic produce, farm-to-table.

These were buzz-worthy, sound ideas, perfect for New York or San Francisco where ethical eating had become a thing, and the support network and infrastructure were around to supply the produce. But no, not here.

And when the sign went up for the restaurant, Grace Park, it couldn’t have been only me who was at first mystified by the name. What was Boomer from “Battlestar Galactica” doing in One Rockwell? Oh, okay, the restaurant had nothing to do with the lovely Asian-American actress of the same name.

Grace Park is the namesake of the Caloocan City neighborhood where Fores’ paternal grandmother, Angie Geronimo Fores, lived. It was to take the place of Pepato, alongside Lusso, as the posh tip of Fores’ restaurant pyramid, supported by the Cibo branches around the city.

There was no fanfare to Grace Park’s opening, one of the most anticipated last year. In fact, it was rather muddled, as was the feedback—it was okay, it was terrible, it was slow, it was brilliant, it was overpriced, it was disappointing.

Even those who didn’t like it couldn’t agree on what exactly is wrong about Grace Park. This is unlike what usually happens: Either the city comes to a consensus about a restaurant, and, for better or for worse, it remains hip even when its food has deteriorated beyond recognition; or good restaurants die because people didn’t get the buzz.

I decided to have lunch at Grace Park because I’d heard that the food has improved. Also, Fores has been posting scrumptious food photos of menu specials, including burrata cheese flown in from Italy, which I am obsessed with.

I thought you have to be special, or know someone, or give a Masonic handshake to the waiter to get the specials, because I never seem to catch them.

But the staple items were beyond reproach. There were two menu cards—on distressed corrugated cardboard, as well as a chalkboard’s worth of specials mounted on the wall (for downstairs) or pushed along on caster wheels.

Some items were better than others; but at worst, the food was not bad, while the truly excellent dishes were ecstatic little bundles of joy in the mouth. The pastas, some homemade, others imported (De Cecco), had all the competence of the best ones from Cibo, with added flair.

My wife had squid ink pasta with julienned seaweed strips on top and a sprinkling of ikura. I had a pasta with sea urchins in tomato sauce that reeked, in the best way, of the fishy depths.

The inspired three-page salad came in natural as well as a dark-gray squid ink version. There was a lot of black going on in this restaurant: In food, it seems, black is the new black.

Not only was the food good, but Grace Park seemed to be coming close to its original goal of working with local suppliers for organically raised produce. If this trope is beginning to send you to sleep, as it does to me sometimes, not to worry; it isn’t shoved down your throat.

This is a mantle that should be worn lightly. Yes, I know that organic free-range Freetrade stuff is hard to source, but ethics can’t make bad food good. And for me, it should be taken for granted that if one is operating a certain kind of restaurant, one should look for local suppliers, fruit and vegetables grown nearby and in season, and happy, well-fed chickens rather than battery hens.

I also ordered the duck because I couldn’t resist, but the breast was a lot narrower than the usual Rougié duck breasts that most restaurants use. The waiter confirmed that it was a local duck; and indeed, it wasn’t the usually very tender but rather bland breast of a duck raised for foie gras.

I do like the Rougié breast, but I also liked this a great deal—a little more chewy, and a different flavor, halfway between a farmed duck and a wild mallard.

Despite being about the countryside, with an interior that evokes a kind of rural shed with a concrete annex, Grace Park is the most urban restaurant in Manila. It services a niche market of people who mostly don’t leave the city except to go to Tagaytay and Boracay, but like the fanciful idea of the countryside and its produce—quite ironic in a country that is still largely agricultural.

Which is why it could work not just in Manila but in Makati, the very center of the city where there is no agriculture as far as the eye can see.

But don’t go because of that, or for the trendy ethical buzz. Try Grace Park for the food, which is inspired, soulful and exultant.