Emily Giffin branches out with 'The One & Only' | Inquirer Lifestyle 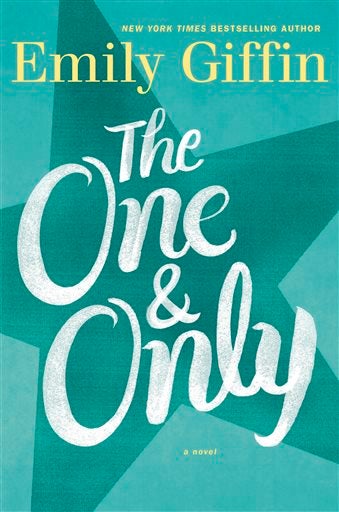 This book cover image released by Ballantine shows "The One & Only," by Emily Giffin. AP

Emily Giffin branches out with ‘The One & Only’

NEW YORK — “The One & Only” (Ballantine), by Emily Giffin

Emily Giffin’s specialty is writing about relationships, especially when they are messy and complicated. In her best-sellers, including “Something Borrowed,” ”Something Blue” and “Baby Proof,” she has tackled themes such as betrayal, adultery and heartbreak while keeping her characters relatable, albeit flawed.

Her latest novel, “The One & Only,” is also about relationships, but it is longer — and at times darker — than her earlier books.

The story follows 33-year-old Shea Rigsby, a small-town Texan who lives for football, especially college football. She works for the local university, which has a strong football team that is coached by Clive Carr, the father of Shea’s best friend Lucy.

Shea, whose parents are divorced, found stability in the Carr family when she was growing up. She has always had a special bond with coach Carr because of her passion for football and her encyclopedic memory of football stats. In this way, she’s the antithesis of Lucy, who was more girly girl than sporty.

Shea is hit hard when Connie Carr, the matriarch of the Carr family, dies from cancer. She begins to question her path in life, and admits truths she had never allowed herself to see.

Not all of her discoveries are welcomed by those around her.

It’s not uncommon to ask yourself when reading Giffin’s books: “How would I handle this?” ”What would I do?” However, this latest novel, though also about relationships, is longer — and at times darker — than those other books.