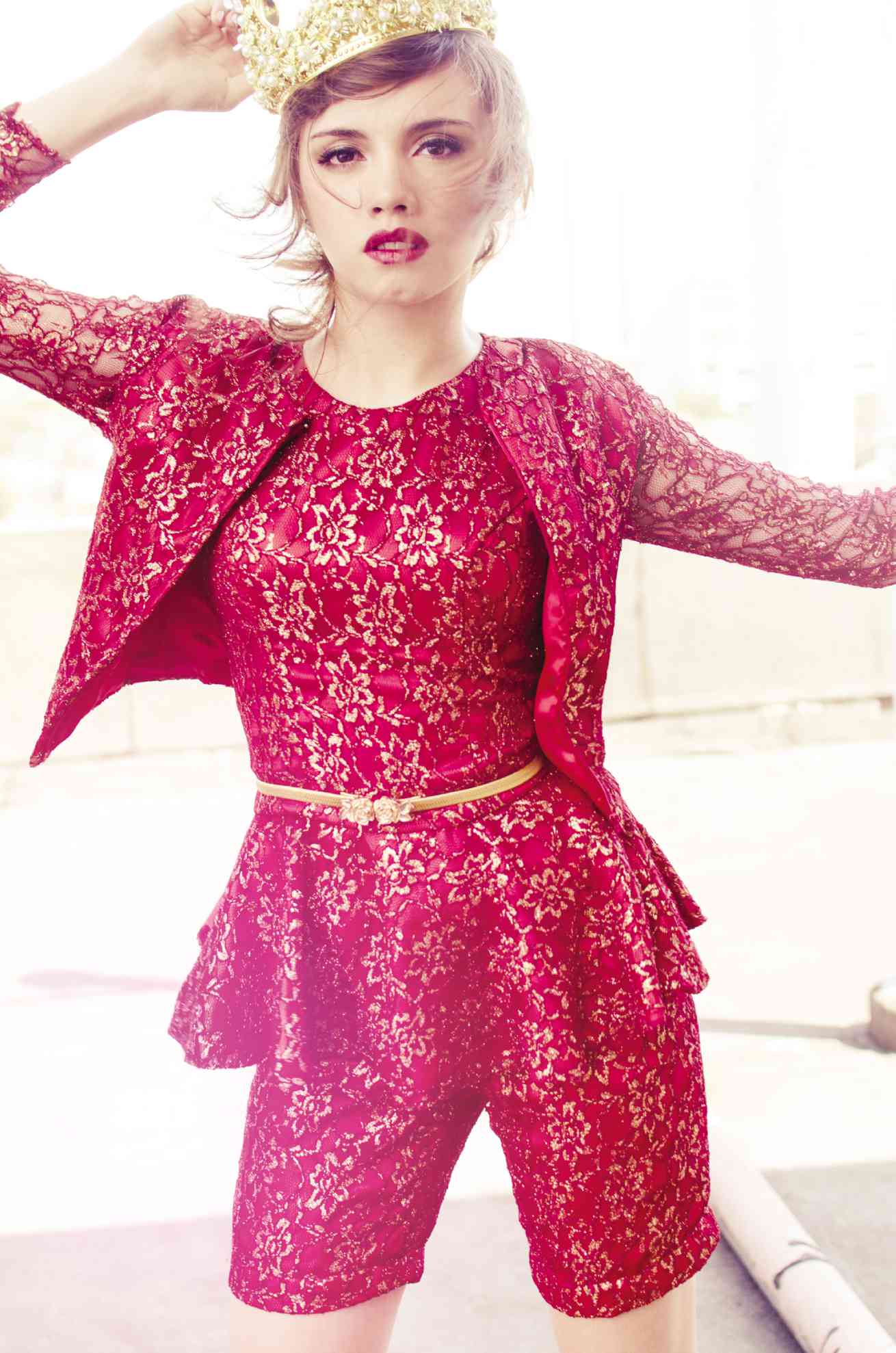 Luxe wear with a youthful twist

He came from a family of artists, which made it easy for him to appreciate the arts. And while majoring in Advertising in college, he found his passion in his elective subject—fashion.

“My parents both came from  University of Santo Tomas College of Fine Arts and Design and my artistic inclinations came from them. Even my grandparents on both sides are artistically inclined,” says Joma Bernardo.

Bernardo, a fresh graduate of UST-CFAD, describes himself as a homebody and enjoys the company of his family. To spend quality time with his parents is most important for him, because they are his inspirations.

He says he took up Advertising because he wanted to discover what he would specialize in.

“My course program offers different field specialties like photography, visual merchandising, events, general advertisement, painting, fashion. And I was in second year when I realized that I wanted to pursue fashion,” he recalls.

Choosing fashion as a career path  was more of a challenge than a struggle. He recounts that his father, who is in the animation industry, wasn’t

open to the idea initially.

“Our interests are polarizing. I think there was a part of him that wanted me to go the same path he took, but he knows it won’t happen,” says Bernardo.

He wanted to prove to his father that  fashion was where he would excel.

“Now my father sees that I have an eye for design. He has finally accepted that if I do something else, there will be no heart and passion. And it is in my fashion course that I found that out,” Bernardo says.

This aspiring luxury brand designer veers toward the romantic side. He wants to make theatrical but wearable clothes, to mix edgy with glamorous, and to juxtapose elegance with sexiness.

“I want to highlight the sexiness of a woman because I believe it is her source of confidence,” he says.

Bernardo adores opulence, so that most of his works are embellished, even a simple peplum top and shorts.

“I want to create something that evokes glamour and elegance but still tickles the interest of the young market. Given that luxe wear is more the taste of the more conservative and mature audience, I want to give it a modern edge by combining romance and grandeur,” he says.

He looks up to Lebanese designer Elie Saab. “I love how intricate and romantic his works are. I’m a big fan of romantic touches in clothes,” Bernardo says.

Aside from Saab, he also admires the works of Filipino designers Michael Cinco, Francis Libiran and Albert Andrada.

And when it comes to simple and clean silhouettes, he cites Joey Samson.

Bernardo is also inspired by the Renaissance, and is likewise fascinated by the kings and queens of Eastern European countries. He is a fan of Baroque and Gothic architecture.

“The best era to take inspiration from is the Renaissance. It was the rebirth of the arts and sciences, and the most prominent artists were born during that time,” he says.

Bernardo admits that he still has a lot to learn. But he is willing to deepen his knowledge, no matter what it takes. And for him, the most important thing is to believe in oneself.

“No one is going to believe in you if you don’t believe in yourself. You may be talented, but if you lack confidence and trust in your creations, the path to success will be hard,” Bernardo says.