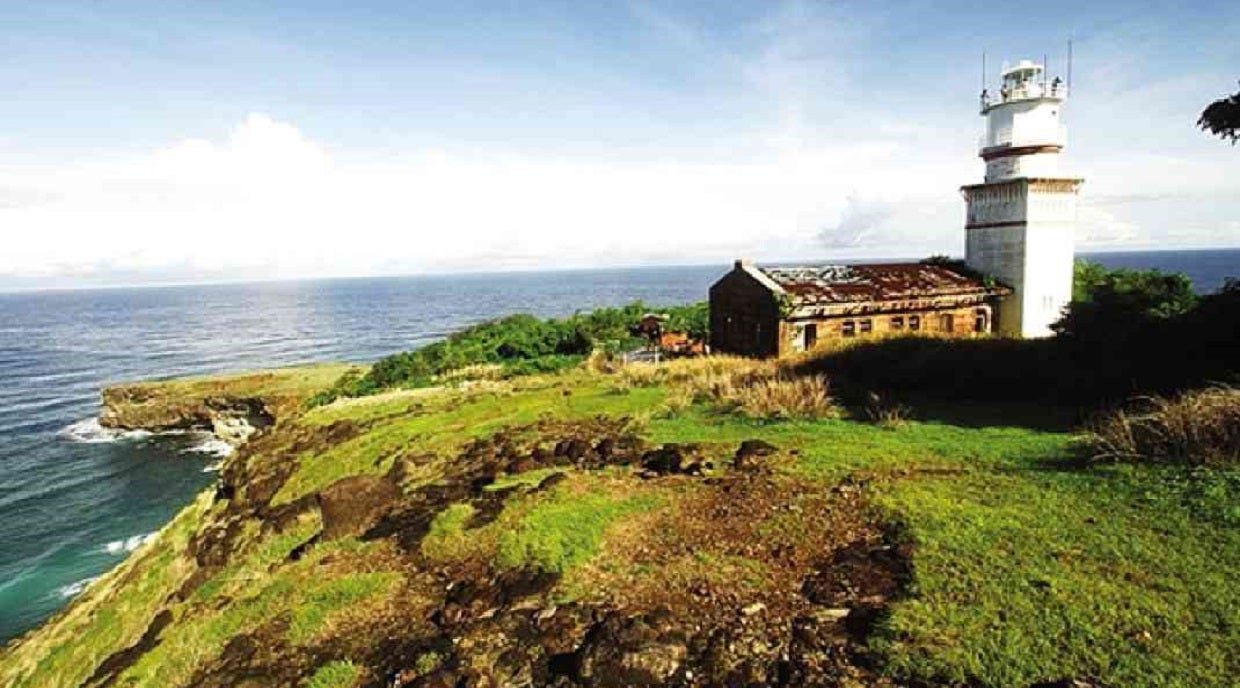 HISTORIC SIGHTSEEING Capones Island in Zambales province boasts of its famed Spanish lighthouse built during the 1800s. It is also famous for its amazing rock formation and white sand beach, making it a haven for divers and surfers. PHOTO COURTESY OF MUNICIPAL TOURISM OFFICE OF SAN ANTONIO, ZAMBALES

SAN ANTONIO, Zambales—The eruption of Mount Pinatubo in 1991 may have greatly altered the vast landscape of Central Luzon, but the coastlines of one of its provinces, Zambales, have become accidental beneficiaries of this deadly fury unleashed by nature.

The scenic coves of San Antonio town in Zambales have survived the catastrophe and are now drawing its fair share of tourists.

Rows of agoho trees against a backdrop of crystal blue seas greet solo wanderers, groups and families who love to spend a quiet day or two in nearly deserted beaches, islands and coves in this town, some 130 kilometers north of Metro Manila. Often mistaken for pine, the swaying trees fan the gentle breeze that welcomes visitors to the cove.

Annawangin Cove is among the four coves of this town and is the most accessible to the fishing village of Pundaquit. Javar Jimenez, San Antonio tourism officer, said Pundaquit served as the jump-off point to other remote and unspoiled islands and coves in the town.

Annawangin (also spelled as Anawangin and Annawangen) got its name from the Ilokano word nuang, a wild carabao often found on the mountain facing the cove. The shoreline is a combination of volcanic ash and white sand.

Locals believe that the Mt. Pinatubo eruption played a role in the surprising presence of agoho along the town’s shores. It is believed that seeds carried by the ashfall were dumped on the shores, growing into graceful rows of pine-like trees standing like sentinels from a distance.

It takes a 45-minute boat ride from Pundaquit to reach Annawangin Cove. There are no roads that lead to this slice of paradise. There, tourists will find a marsh under the agoho trees and natural springs. Under the shade, hammocks strung between the trees serve as relaxing stopovers.

The cove is also ideal for campers who may want to stay a day or two. Jimenez said tourists were allowed to spend nights in the cove. “All they have to bring are their own tents and food. They also have to tell the boatman to fetch them the following day,” he said.

A 30-minute boat ride from Annawangin is another picturesque cove called Talisayen. It got its name from the abundant talisay trees in the cove. Aside from a viewing deck, nipa huts and a private rest house, there are no other structures around.

Nature lovers will enjoy its crystal-clear waters, rock formations and a lush mountain. Backpackers can go on trekking or hiking expeditions to the mountain. Just like Annawangin, this cove is ideal for campers as well.

There is no mobile phone coverage in the cove, making it a perfect summer getaway for people who wish to escape the stresses that go with an urban lifestyle, even for a few days. On lucky days, visitors can have the beach all to themselves.

A bigger cove and another perfect camping site, Nagsasa Cove is a 20-minute boat ride from neighboring Talisayen. Nagsasa got its name from a plant called sasa that thrives in the area. This cove is also carpeted with a mixture of lahar and white sand. Tourists can also try climbing the mountain to see the breathtaking waves of the West Philippine Sea.

A small community of Aetas lives in the cove and guards the place, keeping it as pristine as it has been in the past.

There is a horseshoe-shaped creek that leads to the sea and a waterfall that cascades clear, cold waters for a refreshing dip.

The largest among the coves, Silangen (or Silanguin) is also the farthest from Pundaquit. Visitors reach this cove after a two-hour boat ride from Pundaquit, or 20 minutes from nearby Nagsasa.

This cove is home to Silangen Mountain, which has inspired poets and singers to praise its postcard-pretty, gray sand beach fringed by warm and calm waters.

Closer to the Subic Bay Freeport Zone, Silangen is rustic in most parts and isolated from the other islands by a mountain range and vast forests. Some portions of the beach, however, are rocky.

This cove is popular among mountaineers on their way to the steep sharp boulders and rocks of Cinco Picos. Beyond the grove of agoho trees, one can have a good soak in a waterfall pool or a lake after hours of sunbathing on the beach.

As tourists slowly discover these hidden spots, the San Antonio government is gearing up for the influx with a community-based program to preserve the beauty of the coves. The town’s fledgling tourism industry also provides alternative livelihood opportunities to locals who have made the switch from fishermen to boatmen.

Exploring San Antonio’s beauty does not end with a visit to the four coves. Jimenez also recommends dropping by Capones Island where tourists can marvel at the architecture of an 18th century lighthouse. Powered by solar cells, it still guides vessels navigating the West Philippine Sea.

The island, accessible through a 20-minute boat ride from Pundaquit, is surrounded by white sand and coral beaches. Experienced divers can also enjoy the newly discovered tunnels near it. Tourists can make this island their first stop before heading south to explore the four coves.

While in Capones, one can also visit neighboring Camara Island. The two islands, which showcase huge rock formations, are connected by a sand bridge.

For surfing enthusiasts, Crystal Beach, a 7-hectare beach resort in San Narciso town, is fast becoming a favorite surfing spot not only because of its proximity to Metro Manila but because of the beauty of its waves that reach as high as 10 feet, especially during the surfing season.

Three hours of road travel (134 km) will get you to the beach. Surfboards are on display at the entrance of the resort, an invitation for guests to try riding the waves. Maybelyn Abuyo, Crystal Beach marketing administrator, said the resort had been the prime destination of surfers and travelers since 1980. She said the beach got its name from the glistening surface of sand and sea seen in bright sunlight or moonlight.

But more than just a beach resort for surfers, Crystal Beach has also become a safe campsite for adventure seekers looking for inexpensive yet fun ways to spend their summer vacation.

Pundaquit is the gateway to the four coves. To get there from Metro Manila, take a three-hour bus ride from the Victory Liner stations in Cubao, Caloocan City, Pasay City or Sampaloc in Manila. Take the Iba or Sta. Cruz-bound bus and ask to be dropped off in front of the San Antonio town hall.

If you prefer to drive, take the Balintawak exit to the North Luzon Expressway (NLEx). From NLEx, take the Subic-Clark-Tarlac Expressway (SCTEx) exit, then follow the route to Subic Bay Freeport.

From the Subic free port tollgate, turn right on Rizal Highway. Then go straight until you reach the dead end. Turn left (on the right is the tollgate to Olongapo City), then turn right on the first intersection (Canal Street) and exit through Kalaklan Gate (tollgate to Zambales). Follow the Zambales highway until you reach the San Antonio town hall.

From the town hall, take a tricycle to Pundaquit where boats wait to ferry tourists to the coves.

Search is on for new PH tourism sites