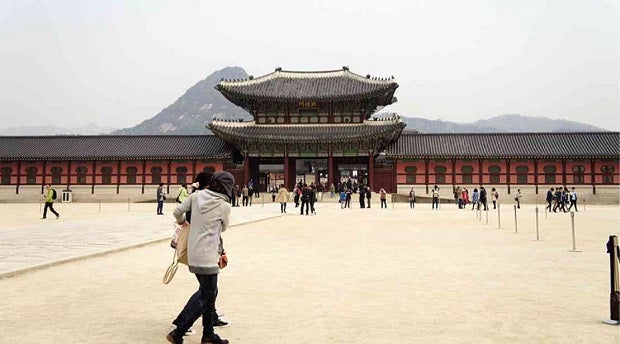 Mention Seoul or Korea and what immediately comes to mind are K-pop stars and swoon-inducing K-dramas.

To know and love Korea is to be aware of its history and reinvention that has transformed the country into its current superpower status. For the longest time, Korea has always been the conquered. In Euny Hong’s beautiful, hilarious and informative book “The Birth of Korean Cool” (coming out in August), she writes that the East Asian territory was the “whipping boy of fate for 5,000 years,” having been invaded 400 times but never conquering another nation.

During the Asian economic crash in the 1990s, Koreans remember it as the “IMF (International Monetary Fund) Crisis,” or the day of shame because they had to borrow money from the financial organization. Korea as a whole was so embarrassed that every citizen pitched in to help pay the national debt by melting gold from jewelry, medals and trophies, in the process raising around $2 billion.

Its people were so determined to be debt-free that South Korea was able to pay off the IMF debt three years earlier than promised.

Some 20 years later, Korea is so prosperous that it’s now the world’s 15th largest economy, its products so ubiquitous that brands like Samsung and LG are known globally for their cutting-edge technology.

The city of Seoul boasts space-age buildings and technology so efficient and fast that going online is a tourist experience in itself. South Korea is known to have the fastest Internet service in the world, and rightly so. The government spent billions of dollars to make sure it would have an efficient communications system, not only to give citizens quick access to cyberspace, but to give a solid foundation to broadcast and spread Korean culture to the farthest reaches of the earth.

So, it’s apparent that our addiction to all things Korean is the result of a strategically implemented government vision to help the country become an economic superpower.

The appeal of the Korean Wave or “Hallyu” is so renowned that there are tours solely dedicated to this, with itineraries centered on where K-dramas are filmed or where the offices of K-pop’s top managers are located. There is a cute Hallyu-centric guidebook available for free from the Korea Tourism Organization (KTO), with recommended itineraries of Hallyu attractions. The back of the guidebook has a “Stamp Bingo” page where each visited attraction earns you a stamp. A prize awaits each tourist who completes a “Bingo” row.

During a tour organized by the KTO and Cathay Pacific, our guide Sung Jin’s eyes light up when she learns that mango is the Philippines’ national fruit. She says, “I know where to take you for dessert!” She brings us to Mango Six, a coffee shop which serves its signature Mango Coconut drink, a sweet, frothy concoction with freshly pressed mango juice and coconut milk. Both the drink and the coffee shop are currently hot—thanks to “The Heirs,” a K-drama starring Lee Min-ho and Park Shin-hye.

Mango Six’s Gangnam branch is the shop where Park Shin-hye’s character Eunsang works, and many of the show’s fans flock there to to try the drink and to imagine themselves as Eunsang being wooed by the dashing Kim Tan (Lee Min-ho).

Seoul and nearby cities have many attractions to captivate a first-time tourist. Koreans are masters of restoration and preservation, and architecture buffs can create a full day’s itinerary based on buildings and structures alone. The Cheonggyecheon Stream is a perfect example. It was neglected and dirty until it was restored in 2005 to great expense ($900M). Now it’s one of the most-visited tourist spots in Seoul. The 8.4-kilometer-long creek is a favorite walkway for tourists and residents alike. Those who have offices nearby have lunch there and let the soothing sound of rushing water wash over them, while tourists can choose between different courses depending on their preferred endpoint (we recommend the one that ends at Dongdaemun’s shopping district).

Korea is also known for its own brand of barbecue—succulent, tender meat marinated and cooked at the table family style, eaten with rice or wrapped in lettuce to add crunch. Though its meat dishes and kimchi are the most familiar to the world, Korea is also a vegetarian’s paradise. At each meal, side dishes called “banchan”—from spicy sweet anchovies to different seasonal vegetables—are served aplenty as appetizers.

Visiting Korea a few weeks after winter ended, we try a different preparation of acorn jelly, a dish using acorn starch which dieters may want to incorporate into their daily menus. The jelly plays well with spices (it tastes good eaten with kimchi). And the best part: acorn jelly has zero fat, cholesterol and sodium. A heaping serving (good for three or four people) contains only 44 calories.

Kimchi, a blend of fermented cabbage and spices, is so revered that kimchi-making culture is recognized as a Unesco heritage. It is also known as a superfood, and its constant consumption is credited for making Koreans relatively SARS-free at the height of the virus’ outbreak in 2003. “The spice balances the fat level in food. It’s hard to find overweight Koreans,” adds Sung Jin.

Seoul is a shopaholic’s haven. Wear out your feet (and your wallet) at Myeong-dong, an area whose streets and alleys are bursting with shops and boutiques. You will find global favorites like H&M and Uniqlo, luxury boutiques carrying Vuitton, Chanel, Dior, Prada, as well as competitive Korean brands like MCM, SPAO and Basic House.

There’s also Garosu-gil, a tree-lined street in Sinsa-dong, which was inspired by the foliage-heavy avenues of Paris. It is peppered with boutiques from Korean designers and artisans.

There you will also find a unique handbag museum and shop in a building called “BagStage.” The five-story building (with five underground levels) is a multi-brand bag shop which also houses the creator’s brand. Rent-free spaces are likewise available to help Korea’s up-and-coming handbag designers establish themselves. The actual museum displays over 350 handbags from the 16th to the 21st century, acquired from auctions and private collectors.