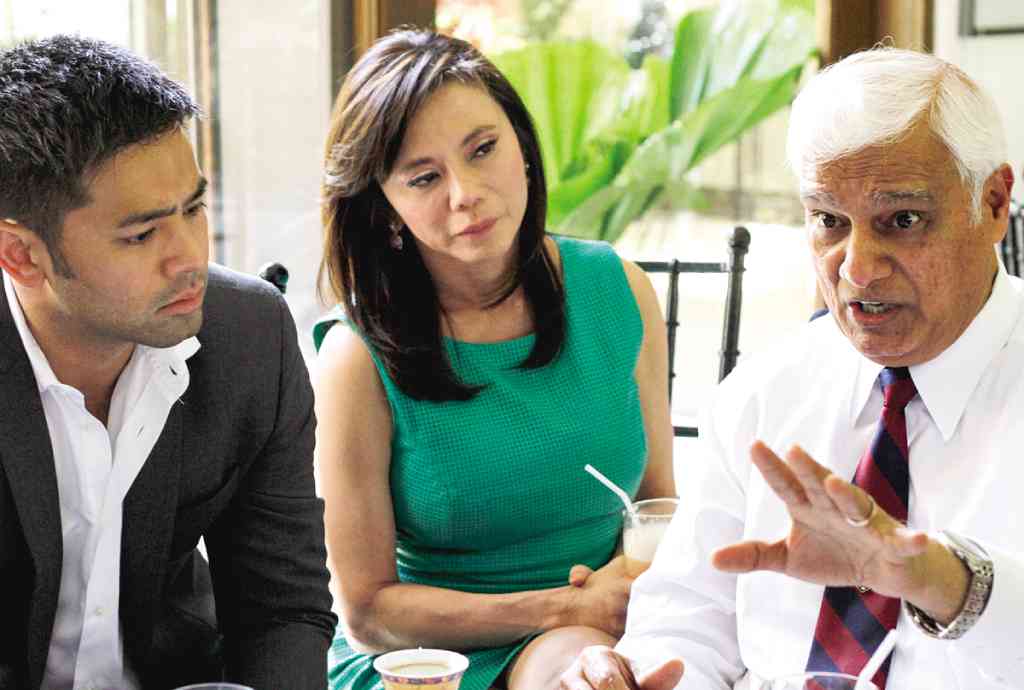 ‘Ethics is the soil on which every civilization is planted’

“We make the biggest deal out of sensuality,” Zacharias said. “It’s just one among many symptomatic issues facing us. Remember, what brought Lucifer down was pride, not sensuality.”

Zacharias, 68, founder and CEO of Atlanta-based Ravi Zacharias International Ministries, flew to Manila recently as a guest of media personality Hayden Kho. He came with members of his team, including actor Stephen Baldwin.

A leading light among Evangelical Christians in the field of Christian apologetics, Zacharias shared his thoughts, including the importance of ethics in public life, over lunch with journalists at the Makati home of Dr. Vicki Belo.

“If you have beauty and freedom, you’ll always have the possibility of self-worship,” he said. “And one of the most painful things in a person’s life is to watch beauty fade.”

Zacharias cited Elvis Presley’s “classic” story as told to him years ago by the American pop icon’s half-brother Rick Stanley. Now also a Christian preacher, Stanley was the last person to see the King of Rock ‘n’ Roll alive.

A huge Presley fan while growing up in India, Zacharias couldn’t resist asking Stanley the real story behind why one of the richest, most talented and most admired performer in pop music history turned into a wasted junkie.

Because of Presley, Stanley and another half-brother named David (he also became a preacher) were living luxurious lives in Graceland. All of that came to an abrupt end when their famous brother died.

“It was when Rick lost his ‘king on earth’ that he began his search for the king of kings by giving his life to Christ,” said Zacharias.

Pride, which the devil used to tempt Adam and Eve, is also responsible for mankind’s eviction from paradise, he said.

But one doesn’t have to be a superstar like Presley to fall victim to pride. Any calling that becomes an end in itself is capable of consuming anybody.

“Trouble begins,” Zacharias warned, “as soon as we think we’re indispensable. A stroke can fell us in a second. Since we’re always on the brink of humiliation, it’s better to start with humility to avoid humiliation. There’s a big difference between the two.”

Pride, it seems, is also to blame for people’s misplaced sense of love. By itself, pride isn’t bad. But if one moves in the wrong direction, it might lead him or her to crave for feelings no human being could ever satisfy.

That’s why love can’t be a “feeling,” said Zacharias. It has to be within the context of a relationship and a person. If one continues to chase a feeling, he or she is likely to end up feeling emptier than before. How come?

Because no human being, no matter how brilliant or good looking, can ever have the capacity to fulfill that feeling.

But all this talk on pride shouldn’t make people oblivious to lust and greed, which the Bible also singled out as two of the greatest sources of temptation.

Every normal human being, Zacharias said, will struggle with various forms of lust to satisfy an insatiable appetite for “essentially driven fulfillment.”

Greed, another human weakness that has been around and will continue to be around, can be moderated, if not licked, if people learn to give more.

It has become inevitable as part of his work to spread the Gospels for Zacharias and his 110-person team to touch on four public arenas: politics, business, academics and the arts.

These areas are four converging lines that shape a culture. Although Zacharias touches on politics, he doesn’t go into politics per se by publicly taking sides. Instead, he prefers to appeal to a bigger audience by dealing with people from every political theory.

What Zacharias shared about the importance of ethics and values couldn’t have come at a better time, when Filipinos today continue to struggle with the effects of wholesale corruption among their leaders.

“We generally deal with ethics and values because without an ethical underpinning, no society can succeed,” he said. “Ethics is the soil on which every civilization is planted. You build on an immoral soil, and the buildings built on it will collapse. That’s why truth and morality matter, as is a person’s character.”