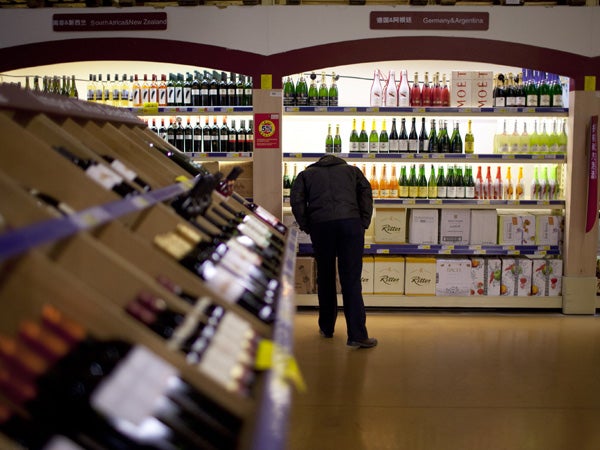 HONG KONG — Asia’s biggest wine and spirits fair opened in Hong Kong on Tuesday, drawing the world’s top producers from France to Chile despite China reporting the first decline in wine consumption for a decade.

According to a survey by Vinexpo Asia Pacific, mainland China’s wine consumption fell by 2.5 percent last year, after ten years of uninterrupted growth at a rate of 25 percent per year.

The drop comes as Beijng reins in luxury spending and extravagant banquets, against the backdrop of a slower economy, and an anti-graft campaign backed by President Xi Jinping to root out official corruption.

However, show organizers, who expanded the trade fair by 50 percent in floor space from its last edition in 2012, are adamant there are still strong opportunities for the wine and spirits markets in the region, because of increased demand from a growing middle class.

“This is the largest Vinexpo Asia Pacific ever. The markets of South East Asia and China are still booming,” Vinexpo chief executive officer Guillaume Deglise said.

“There are many markets in Asia where the middle class is expanding and this represents a great potential for the wine and spirits industry,” he said.

Xavier de Eizaguirre, chairman of Vinexpo, said that the region has seen exponential growth for the past two decades.

“Little did we know two decades [ago] Asia led by China and Japan would reach 63 percent of world’s spirits consumption,” he said at the event’s opening ceremony at Hong Kong’s harbourside exhibition centre.

In 2013, China overtook France as the world’s largest consumer of red wine, guzzling more than 155 million 9-liter cases or 1.865 billion bottles that year, according to Vinexpo.

Some 1,300 exhibitors from 31 countries attended the event packed with wine tasting sessions as well as discussion forums for sommeliers, distributors and importers.

This year Chinese wine tastings are also a feature, along with a bar showcasing innovative cocktails for the first time, organizers say.

French exhibitors make up more than 500 booths, while producers from Italy to New World countries such as the United States are also vying to gain market share.