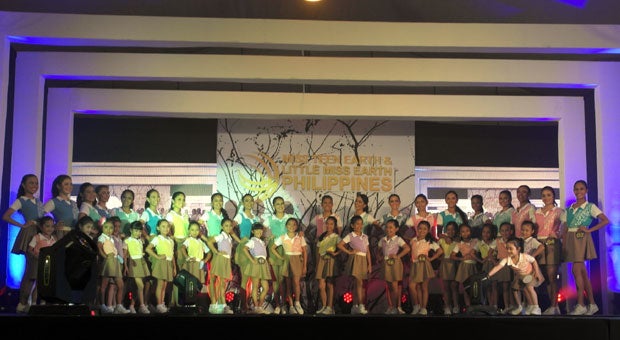 MANILA, Philippines — With the hopes of influencing the younger generation to take action in arresting climate change and environmental degradation, a visionary tapped into teenagers and young girls.

Vas Bismark acquired the twin pageants Miss Teen Earth Philippines and Little Miss Earth Philippines because he felt the need to further expand his advocacy of protecting the environment through something close to the Filipinos’ hearts.

“Pageants are something Filipinos are into. And people like to listen to people who are intelligent and beautiful. What better way to advance my advocacy than through a beauty contest,” Bismark told the Inquirer at the sidelines of the press presentation at the Dusit Thani in Makati City on May 21. Before Bismark inherited the pageants from the previous owners, he was a volunteer at the non-profit organization called S.I.F., and was involved with helping people cope with stress and also with environmental management.

“Back then, I felt there was really a lack of interest in the people. And I learned that what makes it more difficult for earth advocates is the lack of attention from the people they are trying to reach,” Bismark shared.

Bismark’s team became aggressive in reinventing the teen and kid pageants, first by making changes in the screening of applicants.

“We mainly chose girls and kids who are comfortable being themselves, rather than being someone who people would want them to be. Their charm and intelligence, and the attraction they give off are strong because of them being themselves and nobody else,” Bismark explained, adding that screenings were held in SM Supermalls in nine major locations around the country.

He added: “We asked them, ‘what do you want, do your homework or play?’ And they said, ‘play!’ That’s being true, being a kid, being fun. We want them to be relatable by keeping them human. We focus on the human aspect rather than the technical, like how a beauty queen is expected to behave. Be yourself, and people will love you for it.”

Bismark said the twin pageants look for winners who “have a heart that cares for other people. They should help these people directly, or help them save the environment. When a person genuinely cares, you can see it without them even trying.”

The teen and kid winners will each receive up to P500,000 worth of cash and other prizes.

They are expected to participate in activities of the Climate Change Commission, the pageants’ partner agency. 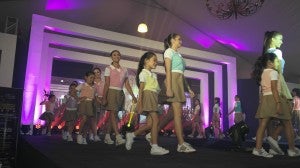 They will first be exposed to the agency’s events to prepare them for bigger programs, including their own projects for their respective town, city or province. They will also have the opportunity to participate in environmental projects spearheaded by local and international organizations.

So as not to interfere with their studies when the winners go back to school, Bismark said the organization will focus on the winners’ place of residence. “We will also closely coordinate with their schools so we can work a feasible schedule for our activities,” Bismark said.

The 2014 Miss Teen Earth and Little Miss Earth Philippines coronation night will be held at the SM Mall of Asia Arena on May 27, at 7 p.m.

The Philippine Daily Inquirer is a media partner of the twin competitions.

Young beauties bat for the environment