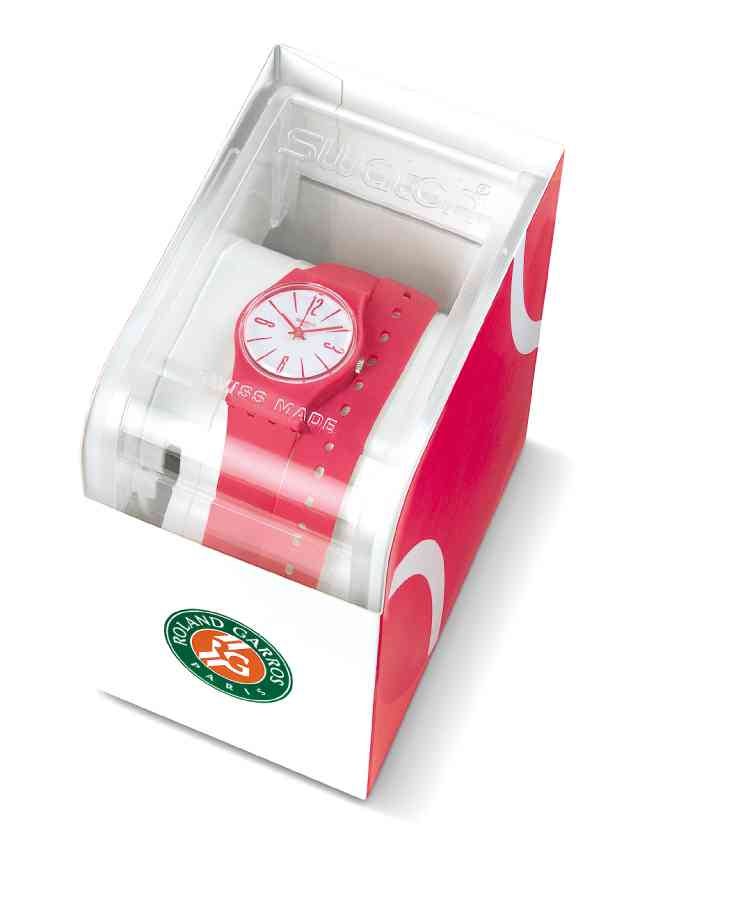 To tennis fans around the world, springtime in Paris is synonymous with the spectacular battles on the red clay courts at the Roland Garros French Open.

Swatch is a huge fan of sports and has come up with two tennis-theme tributes to one of the world’s greatest and most prestigious tournaments.

The smashing new Forehand features a crisp blue-and-white tennis ball on a cutaway dial that gives a fascinating glimpse of the ticking heart of the watch. Key movement components in red are set off sharply against the blue-and-white ball.

Its companion piece with the cheeky name, Backhand, is a ladies’ watch whose long, wraparound bracelet, Arabic numerals and indexes in very loud pink still manage to be feminine against the white dial.

True to its sporty theme, the bracelet’s flip side is a long row of pink tennis balls.

Forehand and Backhand are packaged in special sleeves that play out Swatch’s tennis-theme design.