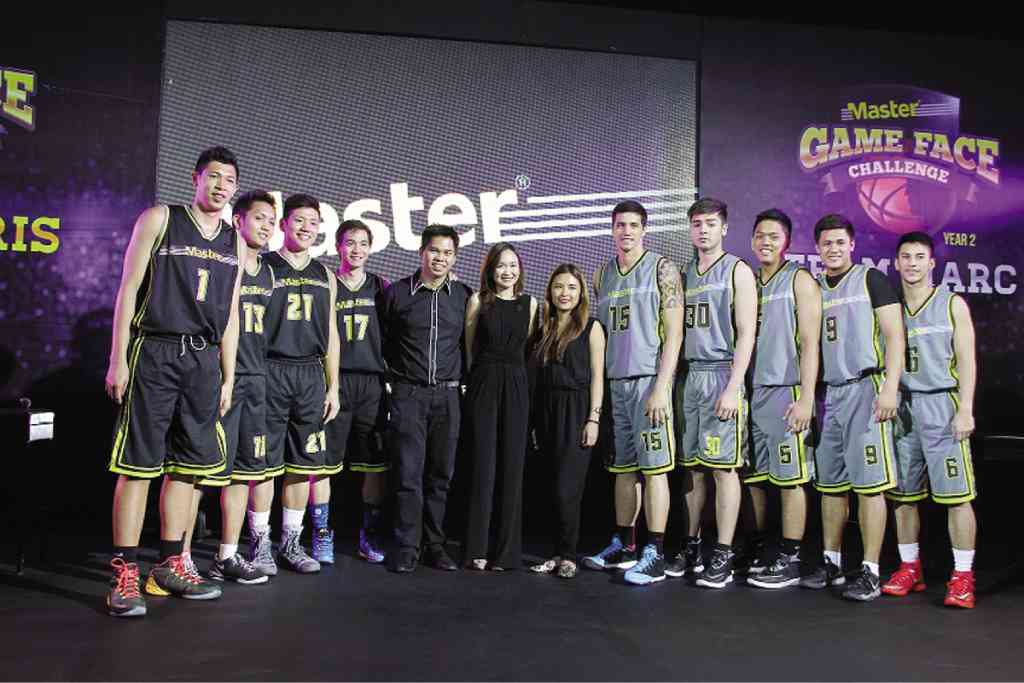 The event’s second edition promises to be “bigger and better,” featuring an elite roster of collegiate, PBA and Gilas players who will face off in an exhibition basketball showdown.

The two teams competing in this year’s Master Game Face All-Star Basketball Challenge will be led and coached by PBA stars and Master Brand ambassadors Chris Tiu and Marc Pingris, with their squads dubbed Team Chris and Team Marc, respectively.

Both teams will have a host of players from UAAP and NCAA schools, as well as fan-voted PBA and Gilas players.

Tiu, whose team lost last year’s match against Team Borgie, as well as to Pingris’ San Mig Super Coffee Mixers in the PBA Philippine Cup, is hungry for revenge in this year’s Master Game Face match against his PBA and now-Game Face rival, Pingris.

“Kinapos kami by just one point; Kiefer Ravena had the winning shot but didn’t make it. Masakit kasi we had controlled the entire game,” said Tiu.

New Master brand ambassador and San Mig Super Coffee Mixers star Pingris has other ideas on the outcome of the upcoming match against Team Chris.

But expect both players and their teams to bring thrills and excitement to the thousands of basketball fans who will troop to the Filoil-Flying V Arena in San Juan.

After the unveiling of the two teams’ starting lineup, the fans have the chance to vote from among a selection of players for each team via the Master Game Face Voting app or by logging on to www.facebook.com/MastersPhilippines.

Voting period ends tomorrow, May 31, with the top 12 players voted taking part in the draft to be held at SM Mall of Asia.

The Master Game Face All-Star Basketball Challenge will be held June 21 at the Smart Araneta Coliseum.

Tickets are available on Ticketnet or by buying Master products at participating SM supermarkets nationwide starting May 31.

One 100-g Master Facial Wash and one Master Face Cleanser 135-ml can automatically win you a ticket.