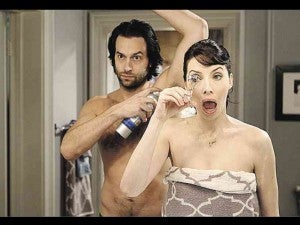 With so many new shows cropping up, you can get seriously overwhelmed by so many additions to your regular TV show lineup. We took a look so we can tell you which ones to watch and which to ditch.

Once Upon A Time

Story: Evil queen goes to a wedding, casts a spell that makes everyone forget, and everyone loses his or her memories and ends up moving to a small town to act like regular folk.  No, this isn’t a Disney flick gone bad, but a modern fairytale with major twists set in the ’burbs.

Why you should tune in:  With two writers from Lost at the helm, expect a lot of complicated plotlines and stories. If you like fantasies and fairytales, this one’s for you, even though the ending may not be storybook.

How To Be A Gentleman

Story:  The show is an Odd Couple buddy sitcom about a magazine writer who instructs men on how to be gentlemen, dealing with etiquette in various situations. 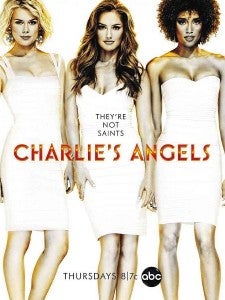 Why you should tune in: If you find yourself missing Johnny Drama after the split of Entourage, you don’t have to look too far. He’s right here.

Story:  A slew of girls are shown in 1963 taking flight in Pan Am, a show about flying, espionage and drama. The plot centers on the four stewardesses and their lives, and how it is to be a woman with a career in the ’60s.

Why you should tune in:  Mad Men really made the ’60s happening again, as evidenced by period TV dramas cropping up like advertisements. While Ricci is not the actual star of the show, the drama does have some interesting points. And who doesn’t want to watch flight attendants back when it was OK to call them stewardesses?

Story:  Three girls fight injustice at the urging of a disembodied voice from a box.

Why you should tune in: Another iconic TV show gets a reboot this season as Charlie’s Angels find themselves in the 21st century with a hunkier Bosley acting as their go-to man slash hacker. The chemistry between the three new stars is not as fun as the one Drew Barrymore, Cameron Diaz & Lucy Liu managed to create, nor as powerful as the original Angels, but 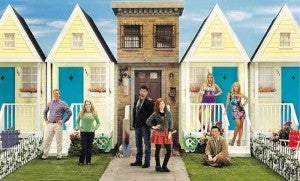 here’s hoping the plot and action scenes get better.

Story: Arnett & Applegate play Chris & Ray, a couple happy with the status quo until a baby came along. The sitcom revolves around their struggles in child-rearing while trying to retain their cool, partying selves. Applegate’s boss, played by Maya Rudolph, is a needy, egotistic daytime TV host whose emotional clinginess rivals that of the baby’s.

Why you should tune in: Despite Arnett’s comedic chops (and surprisingly fit biceps), he can’t seem to keep a TV show going, whether as lead or supporting cast. We think Up All Night could be it for him. He and Christina Applegate have great chemistry and first-time parents will love how the show is so relatable.

Story: Humans have been so bad to the Earth that in 2149, the destruction caused by this recklessness has taken its toll on the planet, which of course results in dire consequences for 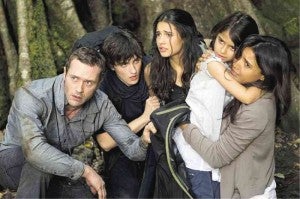 the two-legged destroyers. Scientists discover a way to send people back 85 million years into the past to right some wrongs, and the sci-fi adventure begins.

Why you should tune in:  It’s Steven Spielberg! ’nuff said.

Story:  A rich benefactor teams up with an ex-CIA agent to help stop crimes before they happen, in the vein of Minority Report but with a different approach.

Why you should tune in: It’s a JJ Abrams show, he of Alias and Star Trek: The Next Generation fame, while Jonathan Nolan (The Dark Knight) wrote the pilot episode, so it should be good, right? We’ll see. Eliza Dushku did this “save ’em before it happens” routine in Tru Calling, too, but it ended up being the one that needed saving in the end. 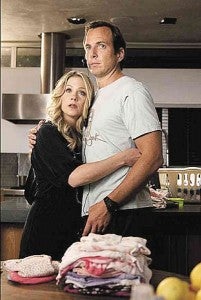 Story: Stand-up comedian Cummings hops to the boob tube for a sitcom about married couples and the usual wacky situations they get into.

Why you should tune in:  Cummings is Michael Patrick King’s writing other half in the hilarious 2 Broke Girls, and it’s interesting to see her acting this time around. However, the show should come up with something new because the old marrieds sitcom has been hashed and rehashed forever.

Story: A New Yorker single dad wants to give his teenage daughter a better environment and decides to move them to the suburbs, where they realize they may have been better off in the much tamer city of New York.

Why you should tune in:  Desperate Housewives is ending this year and we are desperate for a replacement. Suburgatory, from its title alone, seems like a good neighborhood to move into once Wisteria Lane closes its gates.