The movies of our lives | Inquirer Lifestyle ❮ ❯ 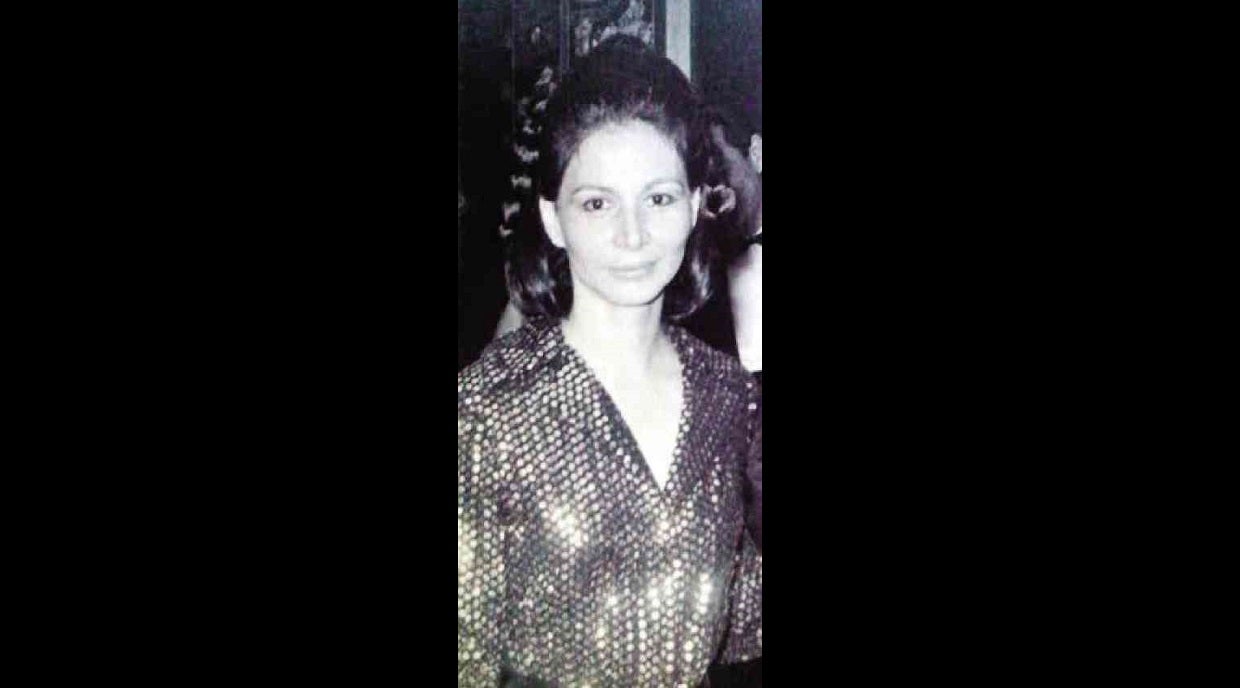 The movies of our lives

In the metaphysical world, we believe our souls choose where on earth we are going to be born, who our parents and siblings will be, and what lessons we have to learn after experiencing a previous lifetime.

Through our conscious and subconscious minds, we begin to create our lives according to our desires and beliefs, which become a form of script because the whole process is very much like making a movie.

You are a star, with the backdrop of your environment as the set. Your character is developed on the basis of your DNA, your IQ, your education, with accompanying strengths and weaknesses.

The other characters in the movie are your parents, siblings, and the number of personalities that will play major or minor roles in your life.

The script will naturally include all conflicts, triumphs and failures you must go through in the story of your life.

In as much as you are also the producer and director, you have the power and authority to decide which of the lessons you have to learn will comprise the main plot and the subplots of your picture; or whether it will be a melodrama filled with moments that range from long silences to hysterical episodes.

It can also be comedic, overflowing with music and lots of ecstatic instances.

Some people choose tragedy as their theme—feeling sorry for themselves, savoring desperate confrontations and dreadful situations, followed by a catastrophic denouement.

Others want action with lots of violence either physical, mental or emotional.

But there are also those who are content to produce movies with the least complicated plots—light comedies and the like.

What is exciting about this theory is that, at any point in your life, you can pack up and write a new script and start shooting another motion picture. Yes, you can do this with a decisive, emphatic resolve.

May I suggest that you do a feel-good movie, one that depicts triumph over adversity, an inspirational one that can serve as a catalyst to others who need guidance?

An alternative would be a motivational film that shows how one can make a difference in the world by living his/her dream, or how happiness can be achieved by translating one’s talents into useful services—for general patronage so that the whole humanity benefits.

Please be aware that your life in the outer is likened to a silver screen where you are watching your life unfold. If you do not like what you are viewing, you do not change the screen, you simply change the film in the projector, which is your consciousness.

In metaphysics, you do not try to change the circumstances in your life from the outer; you do this by transforming your consciousness, and your life changes right before your eyes—as within, so without, as the sages say.

Let’s all start doing a happiness film. We need to spread happiness wherever and whenever we can. It is the only way we can get rid of the ether of negativity that hovers over us like a malignant umbrella that blocks the shower of blessings that is in store for us.

Let us encourage OPTIMISM with great expectations of all the good that awaits us, so that we can eliminate PESSIMISM, the erroneous essence of mass-mind thinking. It is time to use our imagination to create a better humankind by imagining a world where…

instead of judging, we try to understand;

instead of blaming, we take responsibility;

instead of criticizing, we praise;

instead of gossiping, we spread the good news;

instead of hurting, we forgive;

instead of worrying, we trust;

instead of hanging on, we let go;

instead of living in the past or future, we focus on the present;

instead of hating, we love;

instead of being shy, we express ourselves with confidence;

instead of getting sick, we laugh heartily;

instead of being sad, we choose to be happy;

instead of running away, we face our problems;

instead of fearing, we pray;

instead of finding fault, we see the good;

instead of doubting, we believe;

instead of feeling separated from each other, we recognize our Oneness;

instead of fighting, we make peace;

instead of being mean, we show kindness;

instead of anticipating the worst, we expect the best;

and finally, instead of being lonely, we serve and uplift others.

When enough people have imaged the kind of world described above, it will surely come to pass.

I love movies so much that I produced, with the help of some very good friends, the debut full-length feature of Ishmael Bernal, “Pagdating Sa Dulo.”

Ishmael would become National Artist for Film. But in the early 1970s, we were warned that a new filmmaker like him would spell trouble for us because he failed to finish his first project due to a disagreement with his producer. The other producers would not touch him with a 10-foot pole following this incident.

“Pagdating Sa Dulo,” which starred Rita Gomez, Vic Vargas, Elvira Manahan and Eddie Garcia, was a total flop in the box-office but received 11 nominations from an award-giving body.

I was then approached by the head of the award-giving body, who hinted ever so unsubtly that a “donation” would help get us the majority of the awards. “After all,” he said, “the four other movies are just as good.”

I didn’t accede to the deal. Our movie won one minor award, and it was not even for the theme song, “My Bitter Black Coffee,” which I composed. You don’t hear of the four other nominated movies anymore, but “Pagdating Sa Dulo” is critically acclaimed as one of the Top 10 Filipino films of the 1970s.

I first met Ishmael at the University of the Philippines Dramatic Club, where he was head of the production staff that took care of everything that a play would be needing.

Lino Brocka, another future National Artist for Film, was also part of the team. Even back then, I noticed how Ishmael worked with dedication and passion. After college, he went to India to study film, after which he worked with another National Artist for Film, Lamberto “Bert” Avellana, who was then running his own company, Documentary Films, Inc.

One of Ishmael’s first documentary assignments was to shoot the silver wedding anniversary celebration of my parents—which was a gift from the Avellanas, Bert and his wife Daisy (National Artist for Theater), whom I considered my other set of parents during my thespian years as a member of the Barangay Theater Guild.

Not one of the guests at my parents’ 25th anniversary were aware that they were appearing in a film being shot by a future National Artist.

This occasion was the social event of the month, with members of Manila’s 400 in attendance. The more notable ones were Chito and Chichos Vasquez, Chona and Hans Kasten, Monching and Millie del Rosario, Conching Sunico, Hector and Nena Moreno, who was Miss Luzon to Conching’s Miss Philippines title, Charlie and Mercen Palanca, Armi and Gil Hilario, Pil and Mon Manzano, Nelly Lovina sans husband Primitivo, Mely and Manny de Leon, scion of LVN Pictures matriarch Doña Sisang de Leon, Sen. Raul Manglapus, Mercy Tuazon, Belek and Vicky Madrigal, Iñing and Nitang Lopez, Senen and Nena Gabaldon, Mary and Leo Prieto, Lorna and Teroy Laurel, and my cousin Barbara Perez who gave up a five-film Universal Pictures contract to be with her escort that evening, Robert Arevalo, whom I introduced to her.

The numerous guests, with most ladies donning Valera gowns, were my titos and titas at that time. I did not realize that one day I would be writing about them secretly and in irreverent terms. Some took it in a good-natured manner, while others still had to develop a sense of humor.

I loved quoting them whenever they let their hair down, like when Chito Madrigal said, “That Ferdinand Marcos owes me a debt of gratitude because if I had said yes when he was courting me, he would have ended up president of Rizal Cement.”

When a tabloid reported that Millie del Rosario and her friends were having fun at parties in which people would be pushed into the swimming pool fully dressed—headlined as “High society in wild parties”—she chuckled, “At least they think we are high society.”

Nena Moreno, seated beside the president of Singer Sewing Machine, asked her dinner mate, “What kind of songs does your singer sing?”

When my father blindfolded Armi Kuusela Hilario with both his hands and asked, “Guess who…? and I will give you a hint, I am the handsomest man in Makati,” she quickly countered, “You must be my husband Gil.”

When a friend called Conching Sunico from a distance, “P**a vieja ven aqui (Come here, old bitch),” Conching, known to be the hostess with the mostest, retorted, “Por fabor yo soy p**a, pero no soy vieja (Excuse me, I’m a bitch but I’m not old).”

Elvira Manahan, upon hearing the maître d’ announce that the next meal course would be fish balls, asked: “Do fishes have balls?”

All these personalities lived cinematic lives, and all their movies would have been box-office hits.