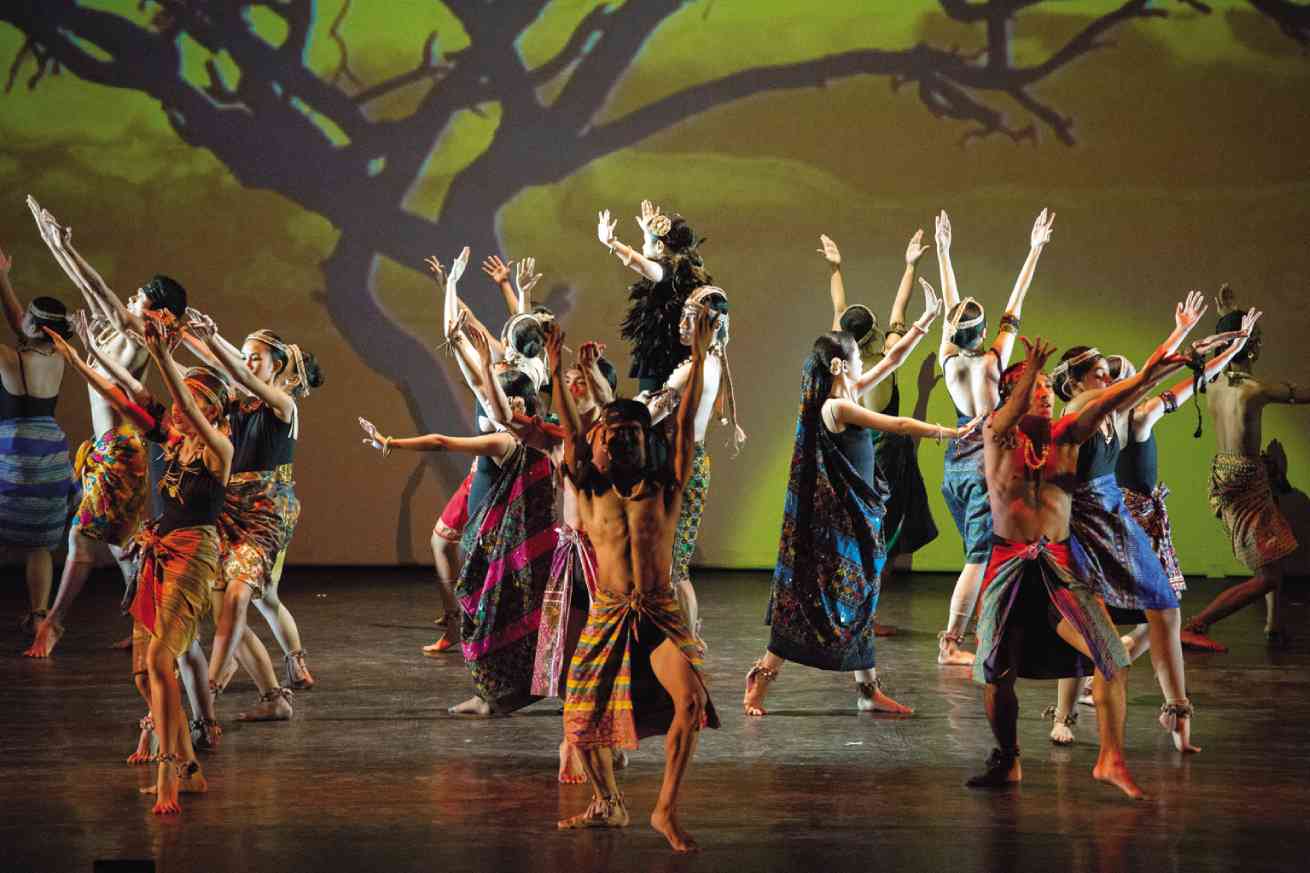 Not too many people know that long-limbed Janine Mari Tugonon earned the Bb. Pilipinas-Universe 2012 title for her terpsichorean skills. She subsequently became Miss Universe first runner-up.

For several seasons, she had trained at Ballet Manila’s (BM) dance school. She might not have become a professional dancer, but her ballet training instilled in her discipline, determination, and craftsmanship, values that made her excel in the world.

Thankfully, the program was short enough for the audience to enjoy and just right for the participants to get exposure onstage.

Excerpts from “Le Corsaire,” a ballet about pirates and slaves, showcased the different levels of classical training of the graduates—from small kids to aspiring company members.

As Gulnara, Rissa May Camaclang shone in her beautiful arabesques; her suppleness melted into lyricism.

For what he lacked in refinement, Jim Carlo Magat, who was Ali, performed with high energy.

The airborne John de Dios as Conrad, the pirate, danced with valiant intensity. As Medora, Jessa Balote was a breath of freshness; she bravely challenged herself to hurdle the technical challenges of the role.

Scene stealers were the kid ballerinas who looked like bonbons in their fluffy pink tutus. When they forgot their steps or ran off in different directions like stray kittens, the audience chuckled and cheered.

This year, BM started to diversify into other genres and staged more contemporary works; it tried character dancing, Afro and hip-hop.

Highlight of the show was the unforgettable performance of BM alumna Christine Rocas, who is now a Joffrey Ballet member. Dancing to Augustus Damian’s “Romeo and Juliet” Pas de Deux, she exuded both strength and vulnerability.

She was compelling to watch because of little details such as the regal turn of her shoulders, delicately unexpected phrasing, rapturous upper body and quick footwork.

Her Romeo, Alfren Salgado, though a greenhorn, was a very reliable partner. He made Rocas look buoyant despite Damian’s trademark acrobatic partnering.

“They are mostly either full scholars or half-scholars,” she said.

BM usually averages some 60 beneficiaries every year. But only a third of that will continue dancing.

Unlike in other dance schools, BM’s training is more intense. It   admits students who are bent on pursuing a professional career.

Following Western tradition, the school is the main talent source for BM.

“All our company members have passed through our summer workshops,” said  Elizalde. “It serves as an audition for them. Depending on how they fare in our recitals, they get into the company.”

The cornerstone of BM’s style is the Vaganova Method, touted by experts as the purist form of classical ballet. It seeks to develop a strong but expressive torso as well as speed, vitality and sensitivity to music. It seeks to imbue each movement with emotion.

The BM teaching pool may also have a guest foreign teacher, like Elizabeth Rae from the Northern Ballet Theatre in London. Proof of BM’s growing international reputation, Rae had written to BM offering her services.

Hence, BM has been grooming its dancers to teach and coach. They undergo a teacher training program and assist in classes.