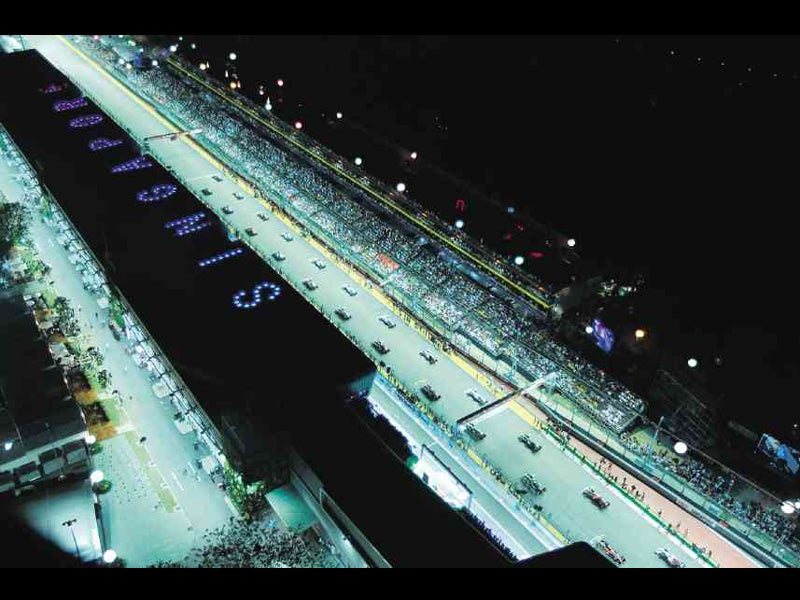 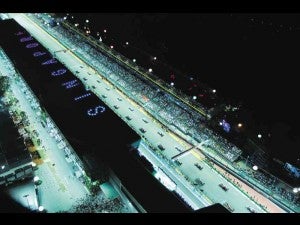 The man talking on his mobile phone looked really familiar. Then I looked at the restaurant sign that was just a few feet from where he was standing.

Oh my god. It was Wolfgang Puck.

My companions and I looked at each other, resisting the urge to scream like crazy fan girls. Silently, we made plans to wait for Wolfgang to finish his phone call so we could talk to him and maybe, just maybe, have photos taken with him.

But other people had spotted him as well and had the same plans. And when his phone call ended, a group of American men beat us to our plans of Wolfgang worship. “We are so excited, so excited!” one man exclaimed, pumping Wolfgang’s hand.

Fine, we thought, they had more right, they were actually going to eat in his restaurant. Meanwhile, we had just come from another celebrity resto at Singapore’s Marina Bay Sands—Mario Batali’s Mozza—where we had an incredible dinner that included arancine ala bolognese, prosciutto di parma with bufala mozzarella, chicken liver bruschette and burrata pizza with slow roasted tomatoes and oregano.

The American men had gone in to enjoy their steaks at cut but we still couldn’t get our Wolfgang time because a Singaporean couple had chef-blocked us. The celebrity chef was nice and charming and willingly posed for photos but he was slowly inching his way back into the restaurant. I glanced at my companions and saw that they had the same look of panic in their eyes—we knew Wolfgang Puck was about to slip away.

I could not let this happen.

And so, as Wolfgang Puck made his way back into his kitchen, I chased him.

I am not kidding—I chased Wolfgang Puck.

I ran into his restaurant, shouting, “Sir! Sir! Sir!” I was too excited to be embarrassed.

Wolfgang finally heard me, stopped in his tracks and turned. I almost crashed into him. Our faces were literally two inches apart. Thank god for breath mints. “Sir,” I said, grabbing his arm, “We’re huge fans from the Philippines and we’d love to have a photo taken with you.”

Lovely Wolfgang Puck did not slap me with a restraining order. Instead, he said, in his thick Austrian accent, “I will go outside, no problem.”

Seconds later, he stepped out. We had photos taken with him and had a nice chat before we let other Wolfgang fans have their chance to meet their kitchen god.

Before leaving we asked Wolfgang, “Are you here for F1?” It was F1 weekend in Singapore and a chance encounter with a celebrity chef is just one of the many exciting surprises the Lion City has to offer its guests—whether you are passionate about racing or you know nothing about cars.

Still reeling from our Wolfgang Puck experience, we headed for Singapore Grand Prix’s Padang Stage where Shakira was performing. She converted me into a fan after just two songs—I was soon Waka Waka-ing it with the rest of the huge crowd.

When Shakira’s prerace concert was over, we found our seats at the Padang Grandstand—our spot was near Turn 10, which has been described by the BBC as “notoriously tricky.” And that’s exactly what it was for Sauber’s Kamui Kobayashi who crashed in the qualifying race that evening. I felt bad for the Japanese racer who apologized for the wreck and promised to make it up to his team the next day.

The qualifying race ended and soon, Bob Marley songs were blasting from the speakers, warming up the crowd for Shaggy’s turn on the Padang Stage.

There was a buffalo soldier in the heart of America.”

The crowd sang along as we shuffled out of the grandstand. 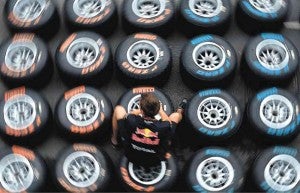 The DJ switched to Queen’s “We Will Rock You” and the crowd just went with the flow, still singing along.

During Grand Prix weekend, Singapore doesn’t just transform into a giant F1 circuit, the entire city becomes one huge party. You can just feel the whole place buzzing with electric energy. It cannot be denied, when Singapore does something, it goes all out.

And this year’s theme, “Live Louder Than Life,” followed us back to our very apt accommodations—at the Hard Rock Hotel in Resorts World Sentosa where the Black Eyed Peas bid you goodbye as you get into the elevator, your hotel toiletries come in a guitar-shaped box and images of The Police hang in your room’s walls.

The next evening, just before the final race of this year’s Singapore Grand Prix kicked off, F1 legend Niki Lauda said, “I think Singapore is the unique race. It’s in the middle of the night, I like it.”

It’s true—there will be 19 races held for this year’s FIA Formula One World Championship but only the race in Singapore was held at night.

As the final race began and the crowd went wild, one couldn’t help but get goosebumps. The race wasn’t just a race—we were watching history being made.

With our awesome tour guide Winnie Ubbink giving me an F1 crash course, we settled back into our seats (again, near Turn 10) to watch the action. It was hard to see Michael Schumacher crash and although we thought for a moment that McLaren’s Jenson Button would catch up to him, Red Bull’s Sebastian Vettel emerged victorious at the end of 61 laps. Fireworks lit up the sky in a dazzling display. 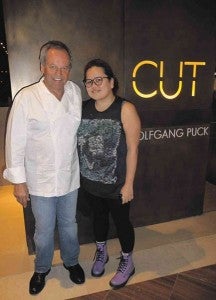 We stayed behind at the end of the race to watch the podium action and the champagne-spraying on the big screen.

Soon, it was time to turn our attention to Padang Stage so we could watch another concert—this time of Linkin Park, a band that, incidentally, I interviewed in Singapore in 2003.

We spent the rest of the night checking out the scene at the Podium Lounge at the Ritz-Carlton Millennia and then heading off to Little India for a mini feast.

My F1 weekend in Singapore left me with a lot of great memories.

An unforgettable encounter with a really cool chef. Being part of a huge crowd rocking out to the same song. A reunion with old musical favorites and the discovery of new ones. Realizing that while speed is sexy, crashing is not. Watching people walk away from crashes unscathed. Changing the definition of partying. Goosebumps, champagne and ear plugs.

The race is over, but the party continues in Singapore.