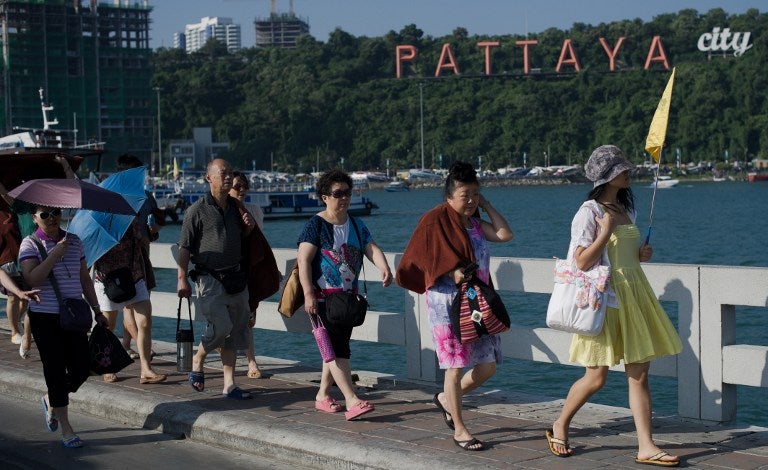 A group of tourists arrive at a pier to board a boat in Pattaya on November 4, 2013. Thai rescuers on November 4 recounted frantic efforts to pluck terrified survivors from the sea after a crowded tourist ferry carrying 150-200 people sank, leaving six dead including three foreigners, as police searched for the captain who fled. AFP FILE PHOTO

BANGKOK — Thailand’s junta said Tuesday that it was ending a curfew in the major tourist resorts of Pattaya, Koh Samui and Phuket imposed after last month’s military coup.

The measure will be scrapped “to create a favorable climate for tourism”, the military said in a televised announcement.

“The rest of the country remains under curfew,” it added.

The curfew was initially introduced after the May 22 coup for the whole country for 10:00 pm until 5:00 am, to the dismay of the owners of bars and other late-night businesses.

The junta shortened it to midnight until 4:00 am late last month.