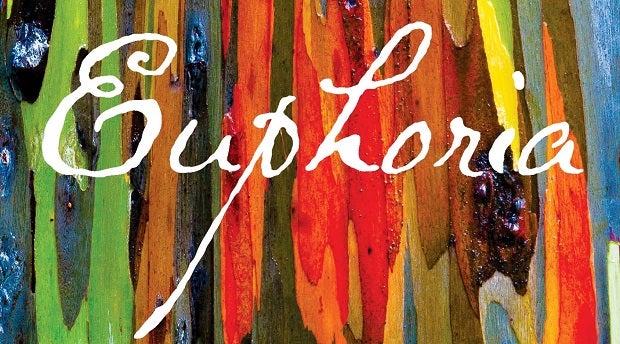 Rich in detail, at times fascinating and harrowing, the story offers a many-sided look at love and eros — and bracing doses of reality.

The time is the early 1930s. A married couple and a single man, struggling with their field studies, have just hit low points when they cross paths in the jungle backwaters of New Guinea.

The novel’s opening sequence is arresting. The couple — New Yorker Nell Stone and her Australian husband, Schuyler Fenwick, known as Fen — are hastily leaving a violent tribe where their work has not gone well. Stone has skin lesions and is feverish, but Fen seems abusive to her anyway.

Soon they will meet the third part of their triangle, Andrew Bankson, a Britisher in a black mood. He helps Stone regain her health, and directs the couple to a more suitable tribe to study, not too far from his own site.

Around these main characters, King weaves in touches of historical context from the field of anthropology when Margaret Mead was producing best-selling books on her studies of young people in Samoa and New Guinea. In many ways, Mead’s life is reflected through Stone.

Stone is a well-regarded researcher whose book, “The Children of Kirakira,” has been a success, and, like Mead, she has unconventional views of sex roles. Gender issues, sexual customs and taboos are themes that turn throughout “Euphoria,” some in dark ways.

When Bankson steers Stone and the erratic, less-disciplined Fen to a mostly gentle lakeside tribe, the Tam, they find that females rule the social structure. Stone is soon making copious notes of her observations and analysis of Tam culture, particularly the ways of its women. Fen, shunning the typewriter, spends his time mostly engaging with the native men.

The novel is told, for the most part, by Bankson, reflecting back from a distance of many years. But Stone’s voice also appears in the form of journal entries she wrote after she had met him and began experiencing life among the Tam.

King, the book’s author, lives in Maine and earned praise for her first three novels. In the well-researched “Euphoria,” she hits just the right tone. Voices of British, Aussies and Americans ring true for the period, and King brings vividly to life the distant world of South Sea island natives and the crosshatch of cultures with Western strangers in their midst.

Bankson, Stone and Fen may have ventured to this lost world in search of keys to primitive lives, but along the way they also begin unlocking doors to their own lives, psyches and fates.

Emily Giffin branches out with ‘The One & Only’