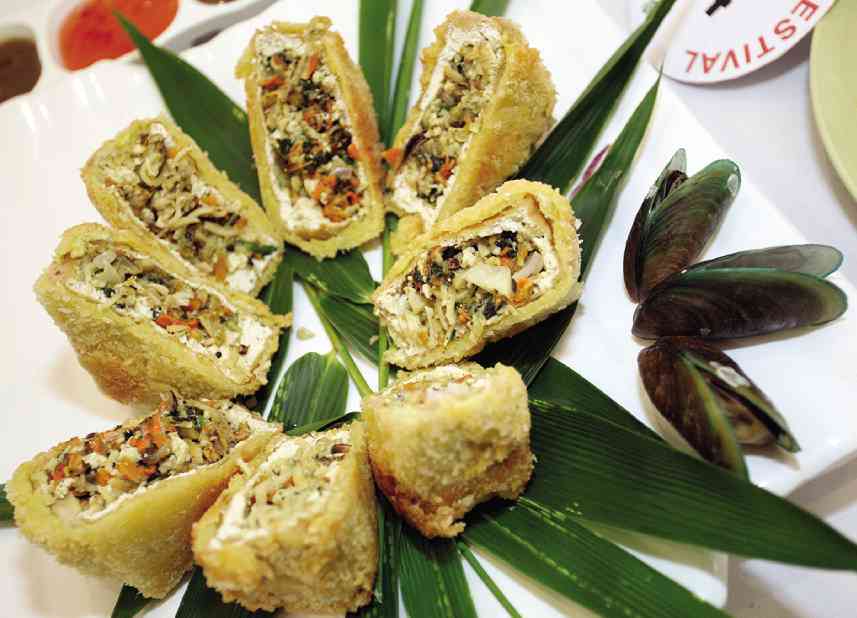 By holding the 1st Las Piñas Food Festival, this coastal city known for the world-famous Bamboo Organ is one step closer to achieving its dream of becoming a culinary destination in the Philippines.

After a recent cook-off graced by Sen. Cynthia Villar and Las Piñas Rep. Mark Villar at the air-conditioned Villar Institute for Poverty Alleviation and Governance in Las Piñas City, Barangay Pulanglupa 2 bested 19 other barangay to emerge as grand-prize winner with its entry Relyenong Labong.

Represented by two to three cooks, each of the city’s barangay cooked a dish in front of five judges, including a chef, an educator and an official from the Department of Tourism.

Organizers didn’t set limits on what each barangay could cook. But not a few of the contestants chose tahong (mussels), coconut milk and labong (bamboo shoots) as their main ingredients. A number of barangay also went for the versatile chicken, which they either barbecued or cooked in pineapple sauce.

Contestants had exactly 30 minutes to prepare and cook their respective dishes. Since space was limited, the competition was held in three succeeding batches.

“Las Piñas has lots of festivals like the Bamboo Organ Festival, Water Lily Festival and the Parol Festival,” said Senator Villar. “We’re also known for shopping since we have lots of malls in the city. Only one component is missing, and that is food. That’s where we seemed to have failed. We’re launching this annual food fest in the hope of eventually securing a place in the Philippine food scene.”

The food fest also became a venue for established food businesses from Las Piñas such as Arlee’s Bakeshop, Kangaroo, Aling Lucy and Aling Yolly to showcase and sell their products. These homegrown names occupied the venue’s open-air patio.

For his part, Rep. Villar, the senator’s son, noted how some cities and provinces in the country have become known for their dishes and delicacies.

“A food festival is an ideal way of promoting our culture,” he said. “Haven’t you noticed that a lot of places in the Philippines are known for their food? To name a few, Vigan is known for its longganisa, Ilocos Norte for its empanada and Malabon for its Pancit Malabon.”

Senator Villar also cited Iloilo for its batchoy and pancit Molo, and Ilocos Norte for its mouth-watering bagnet.

“Holding a food festival in Las Piñas has always been one of my dreams,” said the senator and former Las Piñas City representative. “That’s why I’m so envious of other places known for their food. Las Piñas is known for so many good things, but not for its food.”

The Villars are aware that none of the iconic dishes became associated with any of the places they mentioned overnight. Instead, they became famous over the decades through tradition and word of mouth.

“Hopefully, we will soon have our own specialties from among these participating dishes,” said the younger Villar. “I earlier saw a lineup of the dishes they intend to cook. All of them seem like winners. That’s why I didn’t want to be a judge. With such a strong field, it would be hard to choose a winner.”