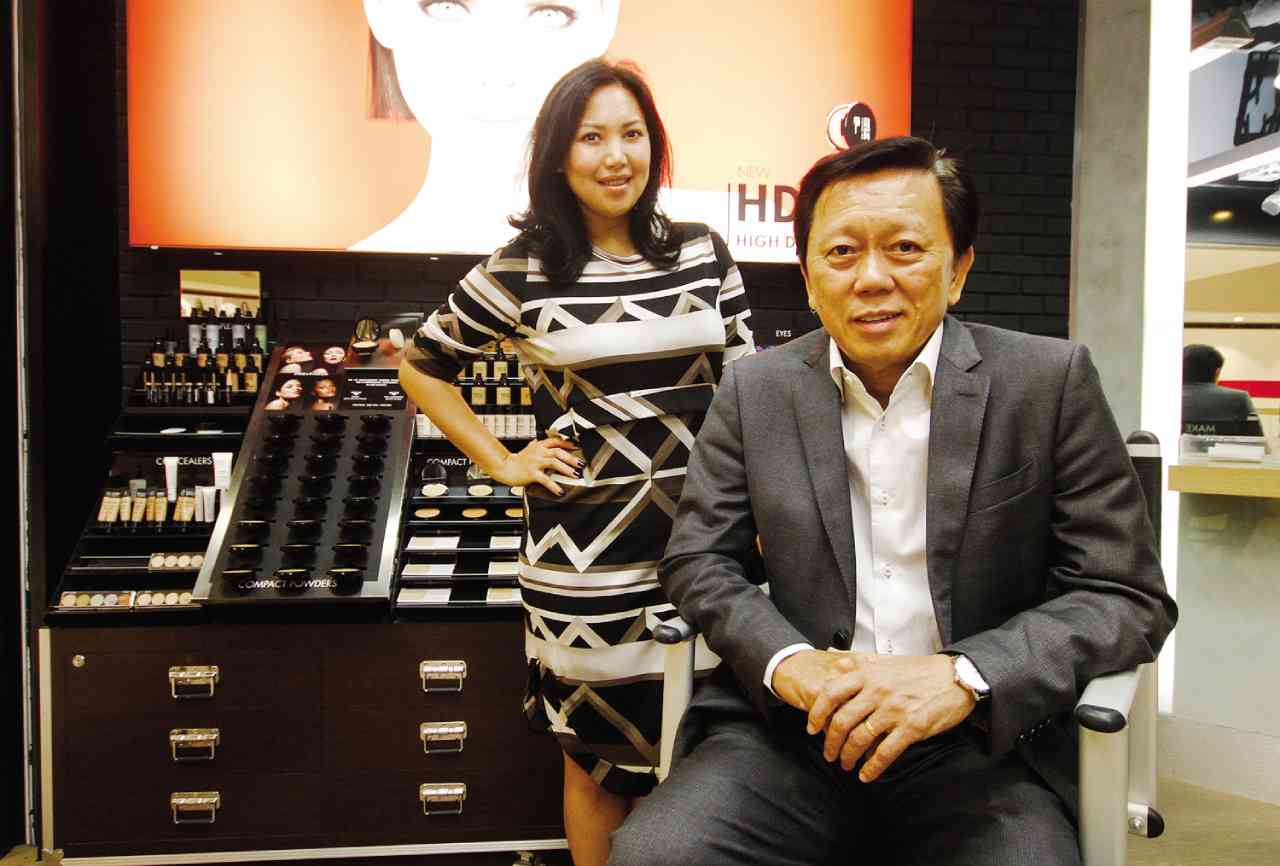 If there’s one thing Luxasia CEO Patrick Chong credits for his company’s steady evolution from being a regional distributor of premium fragrances, cosmetics and skincare products to a “market maker” in the Philippines, it’s the dramatic development of the local retail scene during the last 25 years.

And as Filipinos’ income and spending power continue to rise, their consumption of makeup and skincare products would soon be on a par with more “aspirational” and salable items like

“One of the main engines of change in retailing is the growth of shopping malls,” said Chong, a Singaporean and frequent traveler to the Philippines. “The Philippines has become the country with the most malls in Southeast Asia.”

Coupled with the Philippines’ booming economy, the country’s growing population is poised to make it a major market for high-end lifestyle products, said Chong.

“As a distributor, our relationship with brand owners is rather limited,” he said. “We go and buy the products, and sell them to customers.

As a market maker, Singapore-based Luxasia now cultivates more intimate and lasting relationships not only with brand owners, but also with customers though such marketing efforts as the opening of more exclusive beauty boutiques.

For close to 30 years now, Luxasia has been the exclusive regional distributor of such brands as Shiseido, Benefit, Makeup Forever, Clarins and Philosophy as well as such fragrances as Burberry, Estée Lauder, Ferragamo, Hermés.

As a response to this development, Chong and his Philippine team established the first stand-alone beauty boutique in the country 10 years ago with the opening of its Shiseido store at Glorietta 4.

Of the 38 stand-alone stores Luxasia operates in four Asian countries, 17 are in the Philippines.

By 2016, the company hopes the number of boutiques would grow by 100. Once that happens, the development would not only surpass the presence of its closest competitors, but would also reaffirm Luxasia’s influence in setting trends and fostering a more intimate relationship between buyer and brand.

As far as these competing brands are concerned, it makes sense for them to be represented by companies like Luxasia, which know a particular country’s market and retail infrastructure well.

The time when a handful of brands dominated the market and demanded exclusivity from their representatives is now over, said Chong. Companies like Luxasia can no longer survive as a one-brand company.

And since markets have become much more segmented the world over, confining itself to a few brands would be counterproductive for everyone, including brands that Luxasia represents. For one, it would deprive brands of the ability to tap into the best practices and experiences the company’s people learn from handling various brands in several markets.

“We make sure that every brand has a dedicated business manager in each country to take care of its interests,” said Chong. “When it comes to selecting the brands, we listen to our customers first.”

Although Luxasia gets a lot of leeway to market brands as it sees fit, the company makes sure it understands a particular brand well.

“We may know a particular market well, but it’s never about how free we are in marketing brands and products,” he said. “We will never compromise the DNA of a brand. There are certain no-nos, and we know where the parameters are.”

Chong’s faith in the Philippine market predates the current economic boom the country is experiencing. When he started distributing prestige fragrances and cosmetics as an executive of Cosmetiques de France in 1986, he remembers that there were very few companies that wanted to do business here.

But Chong forged ahead, opening the second wave of Luxasia offices in Hong Kong, Taiwan, Thailand and the Philippines in 1990—after launching his own company three years earlier in Singapore and Malaysia.

His relationship with the Sys, Gokongweis, Ayalas, Tantocos and other leaders of Philippine retail go back a long way. Chong said he saw something in the Filipino character that assured him that bigger things are in store for the country and its people.

“I’ve been constantly traveling to the Philippines for more than 25 years now and I’ve seen the country go through all sorts of disasters and upheavals—from storms to earthquakes to Mt. Pinatubo’s eruption. It seems nothing can bring the Filipino spirit down. Filipinos are resilient and have an amazing get up-and-go attitude. That’s one thing I like about the Philippines. Filipinos are never discouraged despite the obstacles.”

As far as markets go, the Philippines may be inching closer to becoming a developed market like Singapore, where skincare and makeup are on equal footing with fragrances. Luxasia currently markets a more diverse and high-end range of brands in Singapore and Hong Kong.

“Markets aren’t that different,” said Chong. “What sets them apart are peculiarities. Singapore, for instance, is a balanced market between skincare, makeup and fragrances. The Chinese put more premium on skincare, while the Thais are more into makeup.”

The Philippines, much like Indonesia, is more into scents not only because of the culture and warm climate. Since fragrances provide consumers with a “first taste of luxury,” they also offer them instant gratification.

“If you can’t buy jewelry from Bulgari or a bag from Hermés, buying their fragrances is an excellent start,” said Chong. “The quickest and easiest thing to do is to apply fragrance.”

The Filipino shopper’s psyche also comes into play. Since a good number of Filipinos still have limited disposable income, they would rather invest on products that offer quick payoffs such as fragrances.

“Skincare will come a bit later as people’s lives and incomes improve,” said Buensuceso. “When that happens, it’s not about day-to-day living anymore, but more about long-term concerns such as skincare.”