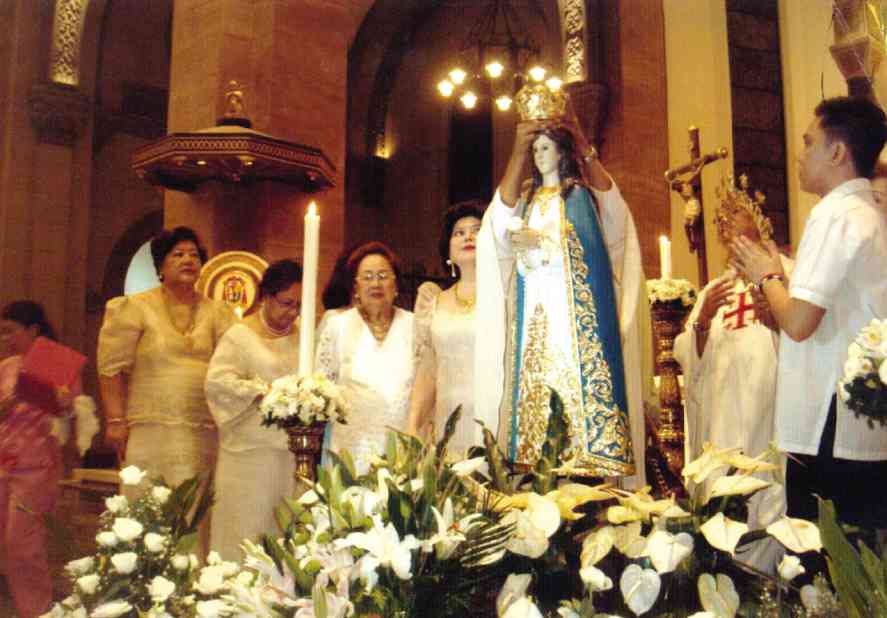 Devotees of Our Lady of the Visitation of Guibang based in Manila this early are making flight bookings for the Fiesta Mass on July 2, 8 a.m.

Others from different towns in Isabela, Cagayan Valley, Nueva Vizcaya and as far as the Ilocos will drive up to Gamu town where they will find the National Shrine of Our Lady.   Novena Masses will be on June 23 to July 1 at 4:30 p.m.

Fr. Francisco Albano, parish priest, tells us that the church of Guibang was elevated to a national shrine in 1986 by the Catholic Bishop’s Conference of the Philippines.

Her official title is Our Lady of the Visitation of Guibang, a barrio of Gamu in Isabela.

The history of the festival dates back to 1905 when a young man found the icon floating near the riverbank of Guibang.

The young man brought the image to the hut of a poor couple, Francisco Noble and Maria Noble. They were asked to pray the Rosary and offer good works of mercy in honor of the image. After devotion to the Lady, the couples’ wishes came true.

The Archdiocese of Manila through Caritas Manila is extending help for the restoration of 20  chapels and churches in Leyte and Samar  destroyed  by  Supertyphoon “Yolanda” last year.

It will hold a fundraising concert  led by Ryan Cayabyab and other performing artists on June 11, 7 p.m., at the Manila Cathedral.  Cardinal Tagle is guest performer.

PLDT-Smart Foundation and One Meralco Foundation with the Cultural Center of the Philippines, will help present the concert, “Rise! Rebuilding from the Ruins!”

Fr. Anton Pascual, executive director of Caritas Manila, said  the Church of Manila is “in solidarity with our brothers and sisters who are slowly recovering from the blows of ‘Yolanda.’”

The miraculous image of Ina Poonbato, patroness of Botolan, Zambales, is now nearer to her devotees in Metro Manila after the enthronement of  her image at a chapel of the Manila Cathedral last May 31, feast of the Visitation. 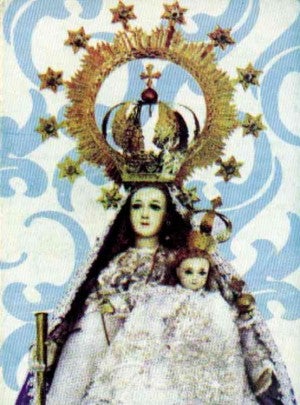 After the Holy Mass celebrated by  Msgr. Chris Cacho, spiritual director of the Ina Poonbato Global Devotees, and Fr. Julius Fragonzo, the image was carried to the first chapel from the main entrance.

Thousands of devotees from Antipolo, Pasig, Caloocan, San Jose del Monte in Bulacan, and Quezon City filled up the church.

Roselynn Enciso Magsaysay, a Catholic convert who has propagated the devotion for the past 30 years, told us that Mama Mary helped her survive lung cancer.

Roselynn’s involvement in the devotion began in 1981 when Mother Mary Therese  Vicente, founder of the Order of the Holy Face of Jesus, asked her to promote the devotion.

Fr. Patrick Dugaan, a Columban priest, gave Roselynn his newly restored wooden statue of the Ina Poonbato. It became the international pilgrim image and was brought by Roselynn, San Fernando Archbishop Panciano Aniceto and Mother Mary Therese Vicente to Pope John Paul II in the Vatican to be canonically blessed.

For those who want the estampita that contains the “Prayer for Peace,” please write me c/o  Philippine Daily Inquirer, Chino Roces Ave., Makati City.

The beautiful church of Espiritu Santo found on the corner of Rizal Avenue and Tayuman Street is the first Catholic church dedicated to the Holy Spirit in the Philippines.

Now the church has been declared Archdiocesan Shrine of Espiritu Santo by Cardinal Tagle, who will officiate the dedication at 8 a.m. today, feast of the Pentecost.

The church used to be the simple temple of worship at the center of Sta. Cruz Cemetery during the Spanish era. It was developed by the Society of Divine Word fathers (1924-1972) and the diocesan clergy.

The area surrounding the Sta. Cruz Cemetery became the Parish of Espiritu Santo through the efforts  of La Liga del Espiritu Santo headed by Associate Justice Florentino Torres, the first associate justice of the Supreme Court, 1901-1920. In 1926 the parish was established and the small chapel inside the cemetery was built into a bigger church.

The church was inaugurated on Dec. 19, 1932, by Auxiliary Bishop William Finnemann. The altar was consecrated on May 17, 1958, by Cardinal Rufino Santos.

Venerable Matt Talbot, patron of alcoholics, is the friend this month of the Prayer Warriors of the Holy Souls (PWHS), which will hold on June 9 the Mass of Remembrance at the Chapel of the Nativity of the Blessed Virgin Mary of the Immaculate Conception Cathedral on Lantana Street, Cubao, QC.