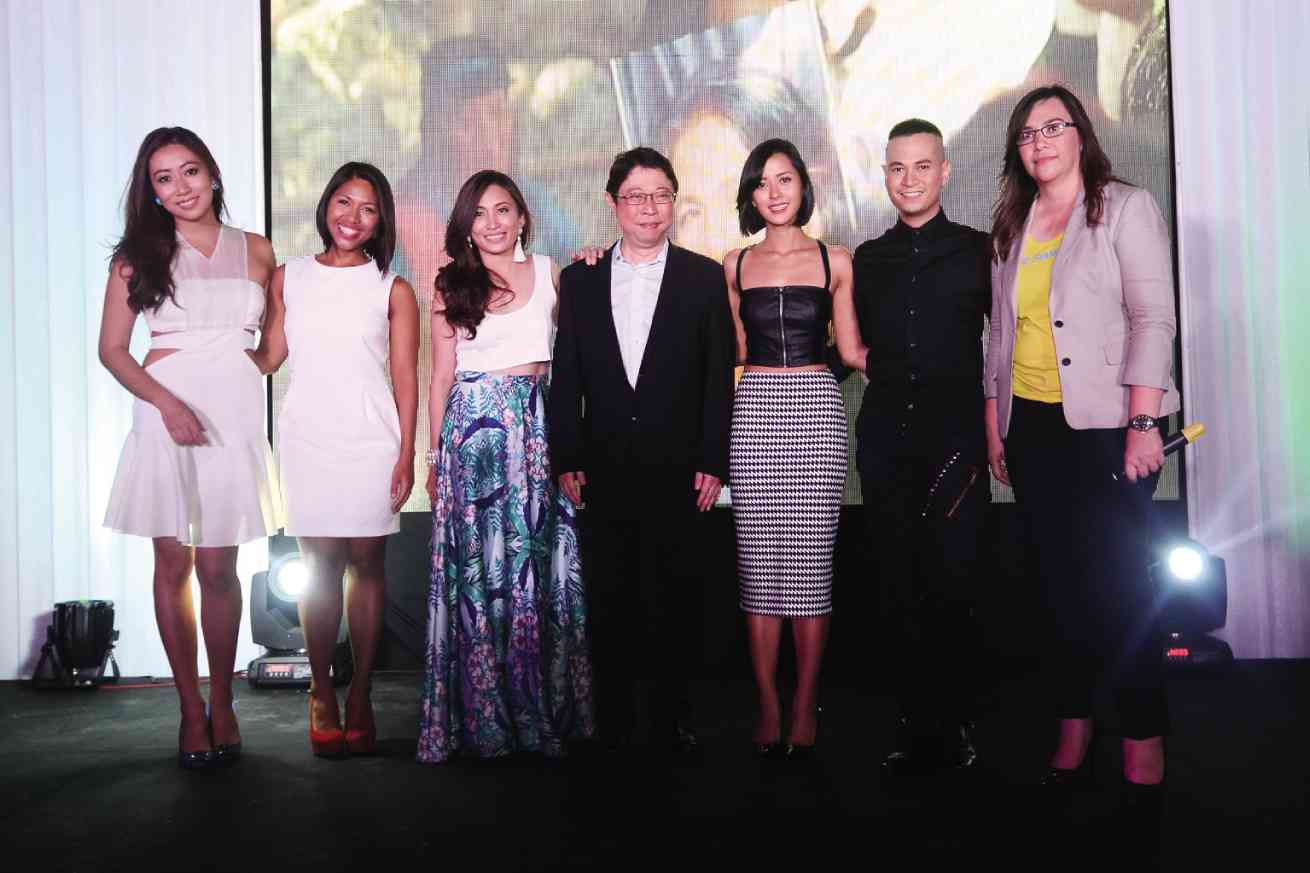 Summer seems hanging around longer than we expected. The heat is still on, despite the occasional late-afternoon rains. Climate change is definitely upon us.

It all made me appreciate Earth Faces, a formidable project that aims to raise awareness about climate change, and at the same time, send a message of hope to Filipinos and the rest of the world.

Earth Faces endeavors to capture, through film and photographs, the human strength to overcome risk and adversity as told by the survivors of Supertyphoon “Yolanda.”

In a span of seven days, the smiles of 22 families in four island provinces were beautifully captured. For many of the families, it was their first family picture. For others, the new portraits replaced lost, old photos.

Launched at Greenbelt 5 Fashion Walk, Earth Faces had media personalities, social advocates and friends enjoying the digital exhibit of the 100 faces. Among the faces is that of charming Digzy Umali, owner of my fave beauty shop Salon Privat. Her photo, taken by Niccolo Cosme of HSC, comes with a Philippine map as with every other visage.

Bianca Gonzalez, Facial Care Center endorser and Climate Change Commission ambassador, presented the Earth Faces campaign and talked about her own experience during the Visayas outreach project. The event was hosted by RJ Ledesma, and the wonderful affair was held in celebration of this year’s Earth Day.

Aside from the digital portrait display, another highlight was the Earth Faces feature presentation. Michael introduced the work, and afterward, turned it over to Secretary Lucille Sering of the Climate Change Commission. (See how you can be part of the change at www.climate.gov.ph.)

At the same affair, Facial Care Center’s George and Mimi Siy invited me to the 33th anniversary of Svenson, the leading hair and scalp center. I was only too happy to attend, as Svenson has cared for my sensitive, overworked hair for many years.

On the magic day, all four Svenson branches were packed with clients who enjoyed the all-day buffet while having their hair treatments. Chef Rolando Laudico and coach Allan Caidic were at the Tomas Morato branch, while funny man Joey Marquez headed over to the Alabang branch.

I love it that Svenson focuses on “prevention” for those in their 20s, “correction” for the thirtysomething, “maintenance” for the 40 crowd, and “restoration” for those in their golden years. Hair loss can happen at any age, and treatment varies accordingly. The clinic offers free consultations with qualified trichologists. (Schedule your hair and scalp analysis by calling 8924247.)

Salon Privat is in charge of my healthy Svenson locks for its monthly hair color. Salon owner Digzy Umali was also one of the Earth Faces. Salon Privat supported the project with all the beauty preparations done at her salon.

With the extended summer heat, there are still a lot of weekends to enjoy on the beach.

The new Fila collection, Grant Hill Retro sneakers, had its place in the sea and sun last month when Cris hosted an intimate dinner in honor of the Grant Hill 95 & 96.

Cast away in Coron, celebrity game changers such as Ruffa Gutierrez, Bubbles Paraiso, Phoemela Baranda and Tim Yap were treated to an outdoor beach party in the scenic Two Seasons Resort.

For the young at heart, an elaborate mom-and-pop hot dog station was ready for the garnishing. A similarly intricate scooping station was set up with flavors like old-fashioned chocolate, salted caramel and bacon.

The celebration of old and new friendship, the end of summer and Grant Hill Retro’s comeback came in full circle with Cris Albert’s signature drink, champagne.

Proud to be a parent

This month is also graduation season, and Dennis and I are the proud parents of another son heading to college. It is a fulfilling, emotional moment when you see your child receiving his or her diploma. We are happy that our son Tyrone is eager to study abroad and begin a new stage in life.

Parenting can be really difficult but with unconditional love, everything seems to work out just fine.