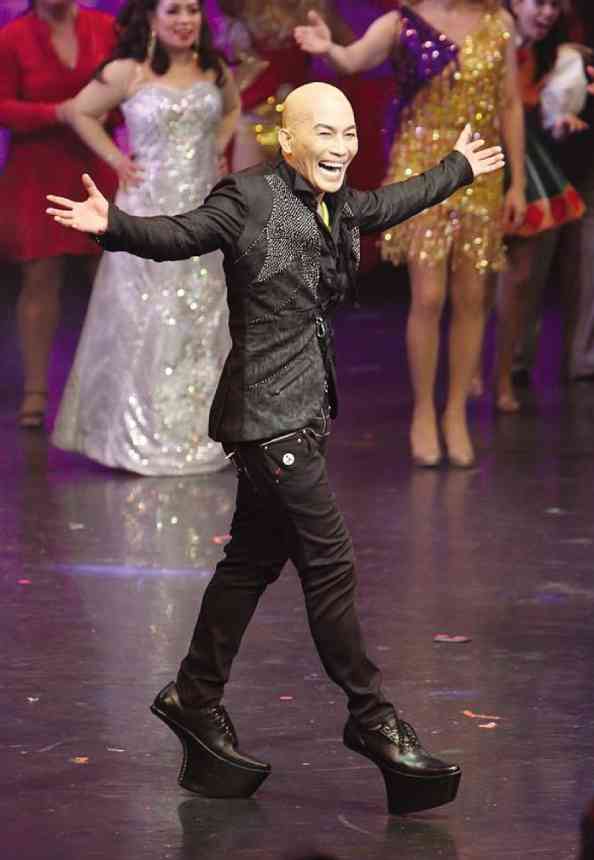 How Leo Valdez got impossibly svelte for ‘Priscilla’

He’s been running since before it became a fitness fad, and has kept an enviably tiny waistline because of it. So how could the one and only Leo Valdez possibly get any more svelte?

In preparation for his turn as drag queen Tick/Mitzi in the acclaimed local production of “Priscilla Queen of the Desert: The Musical,” the singer/actor and “Miss Saigon” cast veteran kept exercising, and cut back drastically on his intake—we heard he’d eschew the yolk when eating eggs—to fit into the unforgiving costumes, jumpsuits created by Edgar San Diego.

Well, all that work bore fruit; Valdez relishes the curtain call in his five-inch platforms and skin-tight Cris jeans after every much-applauded performance. Catch the fabulous show, running until July 13, at Resorts World’s Newport Theater.