What our wise, benevolent angels taught us | Lifestyle.INQ ❮ ❯ 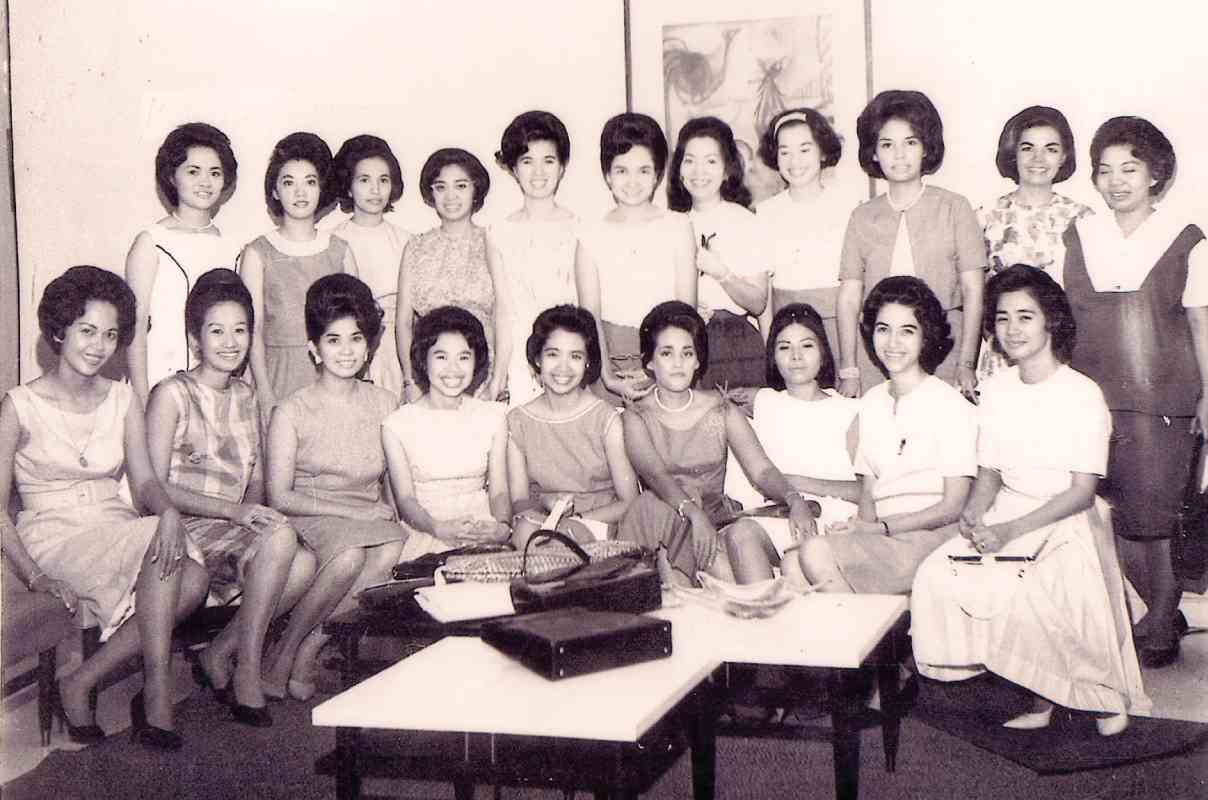 What our wise, benevolent angels taught us

It was 1947, and postwar Manila was full of promise. I was eager to study at Maryknoll College, a progressive school run by American missionary sisters. It used American textbooks, and was known for excellence in teaching the English language.

I came in the sixth grade when it was at 610 Pennsylvania Avenue (now Leon Guinto Street), a road lined with acacia trees. It was a small, happy school, rather like a family where everyone knew everyone else. We shared a classroom with the fifth graders, and played softball in an empty lot next door.

Uniform regulations were strictly enforced. Skirts had to be 11 inches from the floor—with shoes on—so that when we lined up, they would be beautifully symmetrical. Socks had to be beige to match our blouses perfectly. When beige socks could not be found, clever girls resorted to dyeing them with brewed coffee—anything to escape the exorbitant fine of 25 centavos for every infraction.

Vivid memories there have been woven into the fabric of my days and nights, refusing to be bracketed into seven numerical years, which was the length of my entire stay.

It was with missionary zeal that the nuns imparted a lofty regard for life. Sr. Zoe Marie, my first teacher, inspired me to do my best. She was a gentle disciplinarian, methodical and consistent.

My world was innocent, and my concepts of God were trapped in the constraints of doctrine.

One day, I learned that a high school freshman was not Catholic. She was Protestant! I felt the horror of heresy and panicked. Were the nuns aware of this catastrophe? Would my soul be damned by being her friend? I had been taught that outside the church there was no salvation, and feared for my soul.

I ran to the first nun I saw, Sr. Francis Leo. I stammered as I spoke of my anxieties and the possible scandal in the school. Very kindly, she said to me, “We know she’s Protestant, and there’s nothing wrong with that. Like you and me, she is also seeking God.”

There was no judgment in her voice, no hint of prejudice, and the limits of my understanding fell away. From that moment, I was moved to hold the same perspective toward any religion, for in truth, everyone is seeking God.

Impressionable adolescents that we were, the sisters were our role models. We believed that they were the wisest and most benevolent angels that God had created for our enlightenment, and that Sr. Miriam Thomas, our beloved president, was His chosen symbol of dignity and grace.

Decades later, the school would be renamed Miriam College in her honor.

The nun who influenced me most was Sr. John Irene, my teacher in English composition. I remember she carried herself with grace and refinement. I also felt, by her advice and encouragement, that she understood how my mind worked. Along the margins of my homework, she had comments like: “Write with authenticity. Craft will follow… Writing is a great discipline. Practice it as often as you can.”

At some point, I aspired to be a writer, while assuming that this was an unorthodox career exclusively for the gifted. Sister’s notations made me believe in my writing—not for publication necessarily, but for self-expression. Through her subtle guidance, it became an avocation that I have engaged in to this day.

It was also at Maryknoll that my altruism was awakened. Once a week, high school volunteers took a jeep and taught catechism at the Paco Elementary School. I was deeply impressed by the importance this was given. Sr. Anne Marie meticulously trained us with lesson plans and practice sessions as though we were going to instruct the best minds in the city.

I had a roomful of boys who were boisterous and unresponsive. They climbed desks, screamed, and said they didn’t understand the way I spoke. “I-Tagalog niyo, Miss,” they taunted. Finally, I said with a sigh, “Magmahalan na lang kayo.” Surprisingly, those were magic words! They began to listen, and I spoke in Taglish before the term was invented. Still, Sister led us to see beyond the obvious, and simply give of ourselves.

This noble way of pursuing life was the essence of Maryknoll.

Generations have come and gone from my school. Most of the Maryknoll sisters I knew have passed away. I loved it that they were not my chums, but role models who exemplified the most profound ideals of kindness and wisdom.