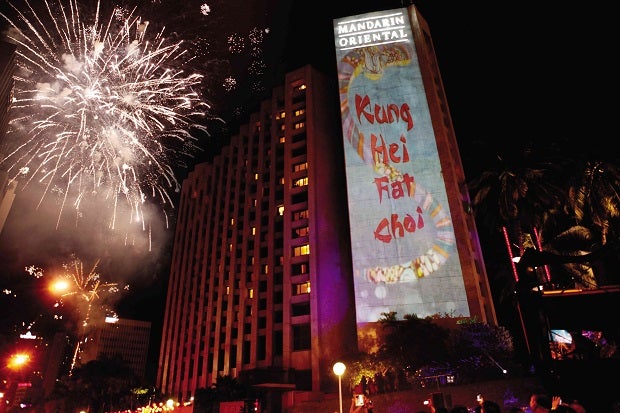 Old-timers are ‘grateful, but sad’ over hotel’s closing

Her 30th wedding anniversary on June 21 will be bittersweet for Leidelina Castillo.

The head waitress of Mandarin Oriental Manila’s Paseo Uno will be marking the special day in one of the venerable hotel’s guest rooms with her husband Rolando, who works in the laundry department.

The couple first met in the hotel, and their hotel-stay incentive is part of Mandarin’s Colleague-Stay-a-Day program, before it finally closes its doors by yearend. Each of the 400-plus Mandarin employees will get to spend the night as a guest in the hotel.

Castillo is one of the Mandarin’s longest-serving employees, hired 36 years ago, two years after the hotel opened in 1976. She remained loyal, even as other hotels tried to poach her. When general manager Torsten van Dullemen announced on June 4 the hotel’s closing—shortly after an agreement was signed with AyalaLand Hotels and Resorts to open a new, 275-room hotel in 2020—he gave the staff the option to go home early and be with their families.

“I didn’t go home because I’m dedicated to my work,” Castillo said in Filipino. “Mr. Torsten hugged me. I guess he also felt what we were feeling.”

In its 38-year history, the Mandarin has hosted and witnessed many milestones, not just of its elite guests but of its loyal employees as well, many of whom have been serving for three decades. The Castillo couple is just two of many.

All were saddened by the news, but they also expressed gratitude for the training and the care they received as employees.

Matining and Cabrera both underwent heart surgeries in 2008. Cabrera said the company loaned him a large amount without interest. “I’m sad but also grateful. Because of this company, my family had a comfortable life,” he said.

“The Mandarin gave me a second lease on life,” said Matining. “I was able to send my three children to college.”

“My son was a Mandarin scholar,” Reyes, the pioneer employee, said. “It was because of my job that I have my own house, and my five children were able to graduate.”

While many stayed, some left—and came back again.

“I was here for the opening, and here again for the closing,” said Barbara Reyes, director of human resources, and hotel employee No. 4 when the Mandarin first opened. She left in 1990, and returned four years ago. It was also in the hotel that she met her future husband, who also used to work there.

Many hotel regulars may be most familiar with Charisse Chuidian, the hotel’s communications and PR director, who has been working there for 22 years. Her senior assistant, PR and e-commerce manager Isabel Cang, is a second-generation Mandarin employee. Cang’s mother, Maricris, was Chuidian’s predecessor.

Asked to share her most memorable moments as an employee, Chuidian said she vividly recalls the time when Italian tenor Andrea Bocelli was a guest 10 years ago. “He was a no-fuss, down-to earth person,” she said. “The hotel did a full catering for (Bocelli concert producer) Rosemarie Arenas at her Batangas beach house, where she hosted a whole-day affair for him and his party. The tenor was seated next to me, humming a few lines—Bocelli, in his natural voice, singing softly, almost as if he was singing to me!”

Chuidian also reminisced how The Captain’s Bar was the place to be, where the likes of Kuh Ledesma, Martin Nievera, Sharon Cuneta and Gary Valenciano used to hold intimate concerts. If you performed at The Captain’s Bar, it was the indicator that you had “arrived” as an artist.

“I recall the time when the producers took a gamble by booking Nora Aunor at Captain’s Bar,” Chuidian continued. “We weren’t sure how the regular clientele would receive Nora, who had taken a hiatus. The response was unbelievable! The Forbes and Dasmariñas matrons were clamoring for seats, even calling the GM to be assured of a reservation. What was going to be a one-night concert was stretched to two weekends to accommodate the demand.”

For Chinese New Year, there was no other place to be but at the Mandarin. Regulars would always remember feng shui masters like Paul Lau, and later, Joseph Chau, all part of the annual merrymaking.

“I am told that the Carousel Bar, before it was turned into the all-day dining Brasserie, which eventually became Paseo Uno, was also the springboard of aspiring chanteuses in the mid-1970s,” Chuidian said.

She also shared with Inquirer Lifestyle the messages posted by nostalgic guests on social media.

“A loooong chapter closes,” wrote a man named Bill Judy. “It was indeed part of home in Makati. Special dinners in the Tivoli, dinners with Buck and Doreen Freeman in Tin Hau, and the deli treats! Best of all, a warm and welcoming staff that always looked after our young boys.”

“Can’t describe the choked feelings I have,” wrote Manny Bautista. “MO has been witness to many eventful episodes of my personal, professional and entrepreneurial life.”

“By God’s grace, I have always had very successful shows of every possible size at the Mandarin,” wrote director Freddie Santos. “From when I was still a stage actor in the ’70s (ours were the first dinner theater shows held there) and all the decades of directing concerts and events that followed, not a small amount of confidence came from the knowledge that there was competency and reliability to be found on both sides of the stage. I shall miss it so.”

“I can’t be prouder of our colleagues for their part in making Mandarin Oriental Manila the icon that it is today,” Van Dullemen said. “The outpouring of sentiments on social media, the e-mails and phone calls we have been receiving to express sadness over ‘the end of an era’ is very heartwarming. And all these are, for me, a tribute to the people who have made the hotel an institution that has endeared itself to many of our customers. There is great talent here that we will be proud to be sharing with other establishments that will be very fortunate to have them, indeed.”

Employees will receive “full and fair” severance payments, according to Chuidian, as well as career counseling and livelihood workshops. “Every effort will be made to provide opportunities for employment with sister companies, other local hotels and similar local establishments,” she added.

It’s business as usual for the Mandarin until yearend, with various promos “to enable our customers to relive their best memories and experience Mandarin Oriental Manila’s legendary service for one last time, with as many repeats,” Chuidian said.