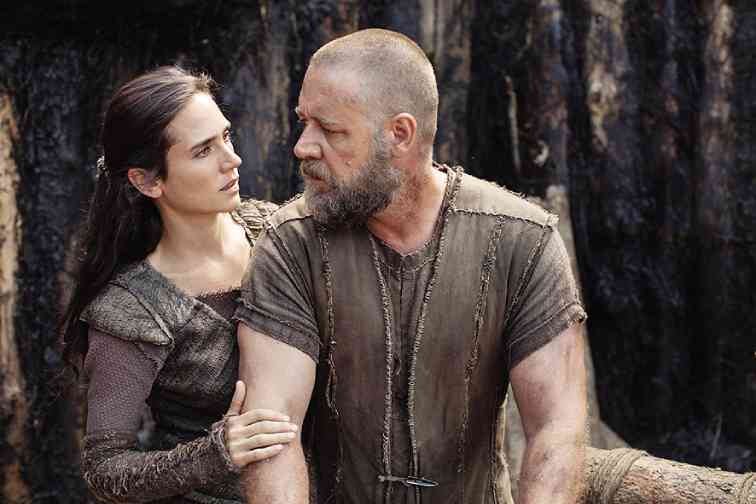 JENNIFER Connelly is Naameh and Russell Crowe is Noah in “Noah,” from Paramount Pictures and Regency Enterprises

From Bible to film: ‘Noah’ gets new treatment 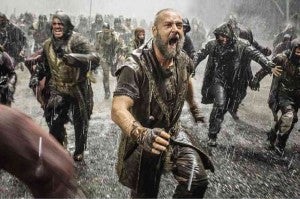 The biblical story of Noah has been depicted several times in film. There have been Disney shorts, cartoons and several variations on a comic theme, yet, remarkably, the story of Noah has never before been attempted as a full-scale, visual adventure. Until now.

Academy Award-nominee Darren Aronofsky brings to the screen his personal vision of “Noah,” which stars Russell Crowe as the man chosen by God to undertake the momentous mission of rescue before an apocalyptic flood destroys the world.

“Historically, the approach [to the story] has always veered toward folklore, humor and children’s stories,” said Aronofsky. “But if you look at the story’s place in Genesis, there is so much more to it than just the animals going two-by-two.  It’s the story of 10 generations of wickedness of man that eventually climaxes in God coming to a place where he wants to redo it all. For me, it was the very first end-of-the-world story.”

The story was first brought to motion pictures in 1928’s “Noah’s Ark,” which merged a brief Hollywood re-creation of the biblical flood with a World War I drama.

The story from the Book of Genesis  Aronofsky felt could be finally told viscerally through 21st-century filmmaking techniques.

Since the text of Genesis is brief, contains virtually no dialogue, and offers little to suggest Noah’s feelings about the impending flood, Aronofsky and Handel pored over a wide selection of religious, historical and scholarly sources to better understand Noah’s times and the significance of his actions.

They did not aim for line-by-line adherence to Scripture, but instead focused on dramatizing what they saw as the essential themes of the Noah story, and exploring the questions posed by the narrative.

Both writers consulted other texts including the Dead Sea Scrolls; the Book of Enoch (a work ascribed to the great-grandfather of Noah); the Book of Jubilees; as well as historical and modern analyses by theologians and historians.

“When we set out to tell the story of Noah, we knew it would be daunting because the story is so meaningful on so many levels to so many people,” Handel said. “But we jumped at the chance to do it for those very same reasons—because it is such an incredibly powerful story that means something so deep and fundamental.”

For Aronofsky, their version of Noah would be “equally available for believers and nonbelievers.”

Film producer Scott Franklin said the mix of Noah’s timeless themes with the adventuresome nature of Aronofsky’s style held out the promise of a movie that would be technically thrilling yet also deeply fulfilling.

“The film is multifaceted,” Franklin said.  “It aims to stay authentic to the text as we know it, but fills in some details with imaginative context.  There is definitely a big visual-effects

component.  But I think the heart and core of this movie is Darren’s original view of Noah’s story as a great family drama.”

Aronofsky said audience could expect all the great moments of the Noah story—the ark, the animals, the Nephilim, the first rainbow, the dove—but captured in new and unexpected ways.

“Instead of repeating what’s been seen before, we looked carefully at what is written in Genesis, and then created a setting on screen where we felt these miracles could take place,” he said.

Opening across the country on June 11, “Noah” is distributed in the Philippines by United International Pictures through Columbia Pictures.