‘The Best of Cocoon’: ‘The age of mass production is over’ | Inquirer Lifestyle ❮ ❯ 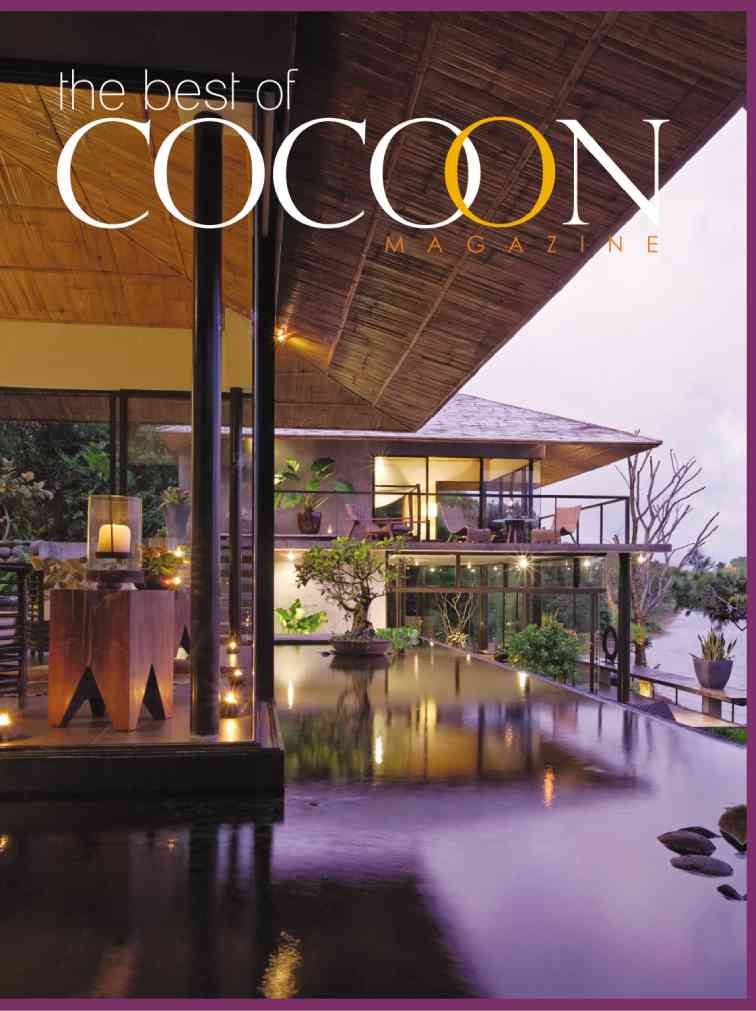 ‘The Best of Cocoon’: ‘The age of mass production is over’

As Filipinos become more open to modernist forms of architecture, their preference for mass-produced furniture and accent pieces is beginning to wane.

This was the observation at last week’s book launch of “The Best of Cocoon Magazine” at the Kuysen showroom in Makati, attended by the country’s foremost architects, interior designers and furniture designers.

In random interviews at the launch, the guests of honor pointed out the gradual shift in demand for more expensive and artisanal home pieces.

Edited by Inquirer Lifestyle editor Thelma Sioson San Juan, the 277-page coffee-table book is a compilation of some of the best homes, gardens, furniture and accent pieces featured in Cocoon magazine.

The four-year-old interior design and home style magazine is a publication of Hinge Inquirer.

The private spaces of some of the country’s leading designers, architects, real estate developers, artists and media personalities are featured in the collection.

The book includes exclusive peeks into the homes of Kenneth Cobonpue, Ed Calma, Emmanuel Miñana, Carlo Cordaro; the previous condominium unit of Conrad Onglao; the condos of Ito Kish, Bart Guingona; and the weekend home of Jinggoy and Mutya Buensuceso. 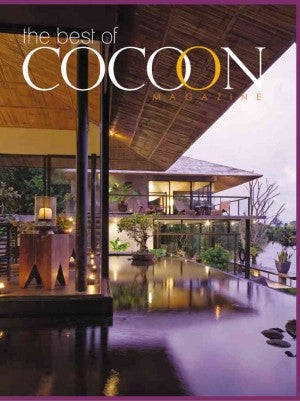 On the cover is a house designed by Budji Layug+Royal Pineda Design.

At the launch, interior designer J. Antonio Mendoza noted a “return to luxury,” while Cobonpue noticed people’s constant search for more “genuine” stuff the world over.

“I think the age of mass production is over,” said Cobonpue. “I’ve seen a growing interest even among Filipinos for more artisanal pieces for the home. Many factors come into play, and one of them is a growing concern for the environment.”

Cobonpue sees a resurgence in demand among established markets in Europe and North America for more exclusive and pricey pieces.

Taste levels are also going up in such emerging markets as Southeast Asia, including the Philippines.

“In the case of China, it will take quite some time before we see a palpable demand for high-end home pieces,” he said. “As I see it, they would rather spend on designer fashion, which other people readily see.”

Mendoza came up with his observation after attending the Maison & Objet trade fair in Paris. It was all about “gold, gold, gold,” he said.

The economies of Europe and North America may be in the doldrums, but people there have started to look forward to the next economic boom.

“Luxury for me is thinking more outside the box,” said Mendoza. “Luxury could either come in terms of serenity or richness of materials. There’s also elegance in simplicity.”

Cobonpue echoed Mendoza’s observations. As far as furniture trends go, there will be plenty of pieces in warm, earthy and muted metallic shades such as copper and brass.

“These shades are in keeping with people’s desire to have something that looks and feels more genuine, more real,” he said.

Furniture designer Tony Gonzales also sees an increase in demand for pieces done by hand. The shapes and materials have a “back to the future” feel, as both designer and consumer favor more natural and handcrafted furniture pieces woven from such materials as rattan.

“These are the things we used to do before we gradually abandoned them in favor of what the West wanted, which hinged heavily on sleek lines,” said Gonzales. “Thanks to the computer, the shapes of woven rattan pieces would be more varied and organic this time.”

To cater to a more adventurous market, Gonzales and fellow designer-artist Tes Pasola are building a showroom in Alabang to showcase their more avant-garde designs. They will call the

building One of T. Gonzales and Pasola envision it as a showcase of their edgier and more artisanal pieces—design not dictated by  salability.

“When we designed for big companies, we were often frustrated because we couldn’t do some of the things we had in mind,” said Gonzales. “Aside from being mindful of the product’s price, we were limited to doing certain styles that sell. This time, we’re doing one-of-a-kind pieces without being held back by such concerns.”

After decades of doing product design, Pasola is also into space styling. She doesn’t mind collaborating with architects and interior designers.

On houses, architect Royal Pineda sees a more conscious effort among fellow architects and homeowners to go for modernity without abandoning “tropicality.”

Modernity is a conscious effort to come up with something fresh to address an existing concern or situation.

“It’s when you strive to produce something new as a design solution,” said Pineda. “And that design solution becomes a new and accepted way of addressing a lifestyle concern.”

Architecture isn’t about doing something new just to make a statement, he added. It’s all about addressing a legitimate human need. Pineda collaborates with artist Budji Layug in Budji Layug+Royal Pineda Design.

Tropicality also goes beyond resort architecture. According to Pineda, it’s all about maximizing space, natural light and cross-ventilation. Since the Philippines is a tropical country, two of the biggest challenges for architects like him is how to manage sunlight while tempering the heat.

“During the day, I shouldn’t turn on a single light bulb in the house because there’s so much sunlight,” said Pineda. “And because of cross-ventilation, I should be able to use the house even in the absence of power.”

Architect Ed Calma, another modernist known for his minimalist lines, noted how both Filipino architects and clients are becoming more open to “crazier, more strange” designs.

“Technology is becoming more available,” said Calma, “and this helps fuel an ability and openness among architects to explore new and existing

Over the years, Calma has had to put certain designs in the back burner because not too many people appreciated or understood them. Not a few clients are wary of “strange” concepts, he said. They prefer “readable forms.”

“The situation is changing,” he said. “We’re still at a stage where we haven’t exploited much of the design possibilities that go with extreme modernism. But a growing number of Filipinos are becoming more open to radical ideas, albeit more slowly. I see more exciting times ahead.”