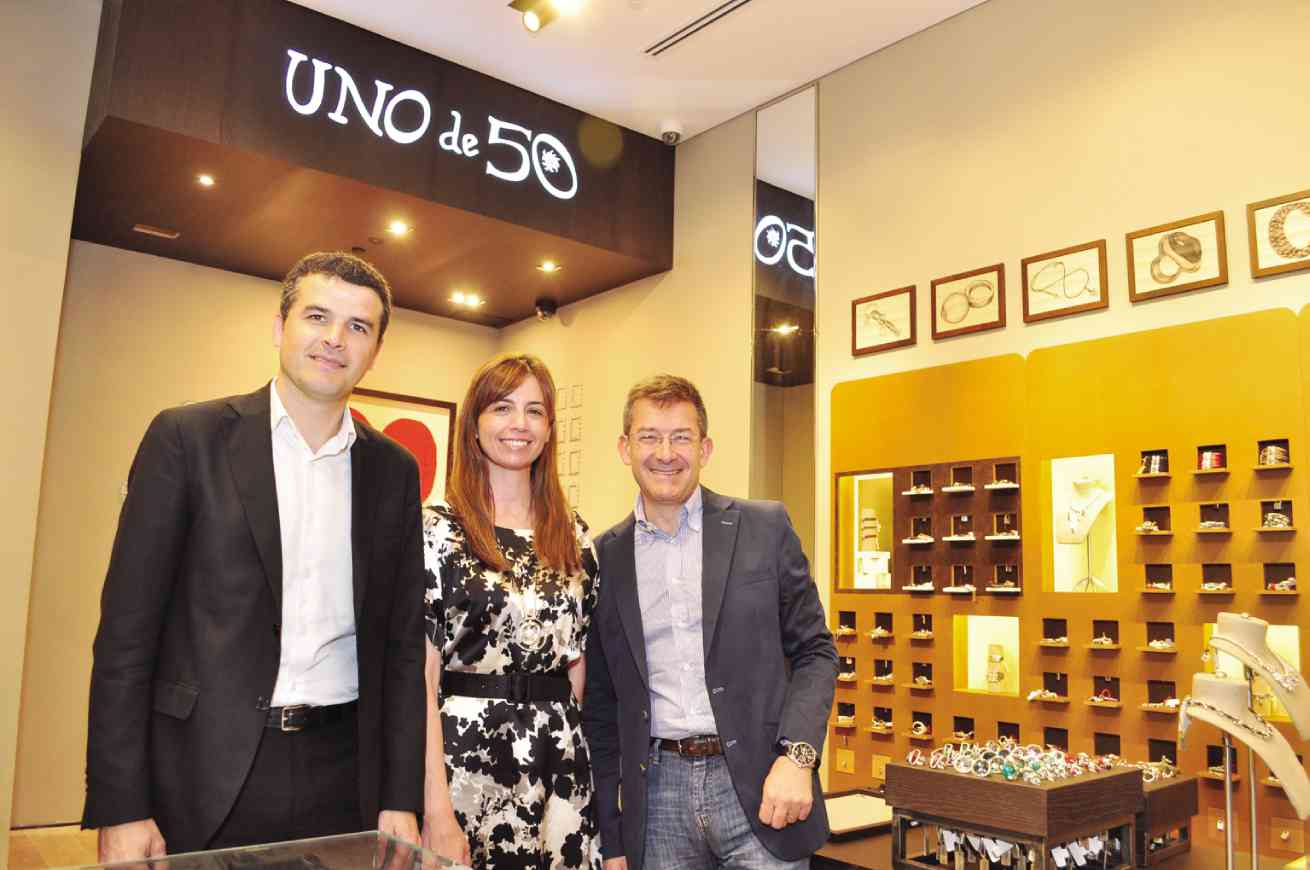 In a global market saturated with mass-produced accessories, a Spanish jewelry brand is out to thrive by doing exactly the opposite of what every other company is doing: it continues to do everything by hand.

Uno de 50 is a brand founded in 1996 by a group of Madrid designers whose vision was to create jewelry that is unique and handcrafted. Its name, which literally means “one of 50,” was based on the idea of creating only 50 pieces of each design.

Jose Azullay, whose family was in the watch business, acquired the company in 1999. A designer himself, Azullay was enamored with the concept of beautifully designed, handcrafted  jewelry, and vowed to keep doing things that way.

With Azullay as president and chief executive, who also oversees design, Uno de 50 has grown across Spain and in 20  countries. Its first store in the Philippines and Asia at SM Aura

Premier opened a few weeks ago.

It’s a partnership with the SM Retail Group. Uno de 50 has  2,000 outlets around the world, with four more stores to open in the country this year.

How does a company that still produces its jewelry in its own Spanish factory meet the demand of 2,000 points of sale?

“Maybe it’s not the most efficient way to do it,” conceded Jose Luis Pardos, Uno de 50 expansion director, adding that, indeed, every product that leaves the factory is still handcrafted. “But for us, the most important thing is the brand. There’s a lot of value in doing it like this. It’s also important for our customers. We have to have our own identity. We have to keep the essence of the brand.”

Most Uno de 50 pieces are made of silver-plated metal, some with Swarovski crystals, Murano glass, resin and leather. There’s an unevenness and artisanal quality to the pieces,  which enhance their appeal. The raw finish of the metal pieces yields an artisanal look.

The brand targets the medium-high market, and pieces retail in Manila from P2,000 up. The range is vast, with 400 pieces of classic mainstays and best-selling pieces, plus some 200 more styles every season, collections that include rings, earrings, necklaces, bracelets, watches and other gift items. Eighty percent of the merchandise is intended for women.

“Before, jewelry was an investment,” Pardos noted. “Today that philosophy has changed. People want the design, to feel different, to feel special. That is our strength.”

While the core market is the age 25-40 group, Uno de 50 tends to attract even older customers, “those who are rebellious and young in spirit,” as Pardos described them.

The brand’s logo is a padlock, which Pardos said represents how they protect the brand’s values.

Of course, expanding across the globe has had its trade-offs. It’s no longer realistic to create only 50 pieces of each design. Now, the company churns out limited editions, each never more than 50 pieces, and only two pieces allotted for each country.