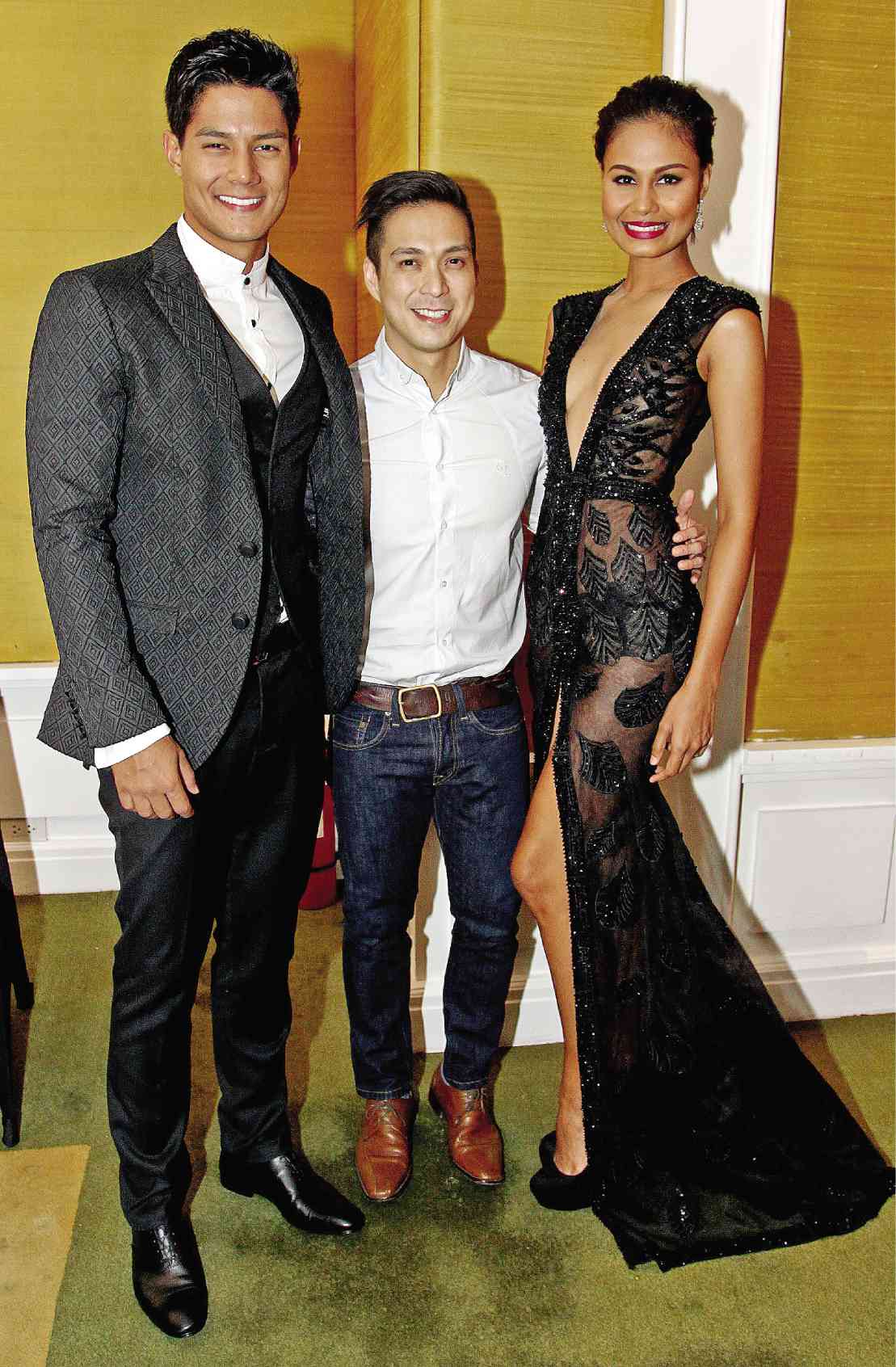 Now on its second year, the annual Canada Philippine Fashion Week (CPFW) kicked off on Monday in Toronto with a “premiere collection,” featuring the clothes of Rajo Laurel.

The six-day event ends tomorrow, June 14, with the Canada Philippine Fashion Ball at the Shangri-La Toronto, showcasing the 50-piece collection of Francis Libiran.

Libiran, together with Noel Crisostomo and Roland Alzate, was among the featured designers during CPFW’s 2013 debut.

Joining him, apart from Laurel, are first-timers such as Frederick Peralta and younger designers like Ronaldo Arnaldo, Avel Bacudio, Jerome Salaya Ang, Joel Escober, Kim Gan and Odelon Simpao, among others.

CPFW executive director Jeff Rustia and fashion director Rommel Manlangit did their research and came up with what they believe is a good mix of critically acclaimed and commercially successful Filipino designers.

“Joining this show is my way of promoting not only myself, but Filipino fashion in general,” said Libiran, during CPFW’s recent media conference at Edsa Shangri-La. “The last time I joined, we made it to Canada’s primetime news.”

But like the rest of his colleagues, Libiran also has his eye out for potential business. His participation last year resulted in a number of orders from Canada’s growing Filipino-Canadian

“I want to highlight Filipino embroidery, not necessarily on piña pieces in ecru,” said Libiran. “My color palette would play around more reds and blues.”

Laurel, a veteran when it comes to marketing his brand abroad, acknowledged Canada’s business potentials, since it has “one of the fastest growing Filipino communities in the world.”

“I want to explore this market further and find out how my brand and my business can develop in Canada,” he said. “It’s an exciting opportunity, so let’s see where this will lead to.”

Like Libiran, Laurel will be showing a 50-piece collection designed to effectively introduce his brand of fashion to a new and untested market. He has yet to finalize his lineup.

“I haven’t really penetrated New York,” he said, referring to his earlier attempt to expand his presence in the US. “I participated in some exhibitions and shows, which led to exciting and positive results, but they weren’t enough to sustain and maintain the business.”

Crisostomo, a Manila-based Canadian with Filipino roots, hopes to re-establish his presence in Toronto after being away for almost 10 years.

As the featured talent in CPFW’s “Visionary” night, Crisostomo, who honed his design aesthetics working for the likes of Club Monaco and Ports 1961 before establishing a made-to-order business in Manila, will reaffirm his expertise in ready-to-wear.

“I’m planning to come up with a more youthful, season-less collection that’s not at all Filipiniana,” said Crisostomo. “After being away for quite some time, I want to sell in Canadian stores again, this time under my own label. I’m hoping to gain the attention of American buyers, as well.”

Crisostomo’s color palette includes white, neon shades and neutral tweeds. But the designer is aware that a fashion event involving Filipino designers won’t be complete without the usual jaw-dropping numbers.

Escober, another first-timer to CPFW, sees his participation as an ideal follow-up to a six-Filipino fashion exhibit he participated in a few months ago in London.

Finally, organizers will be recognizing Peralta with a CPFW Icon Award for his 30 years in the business. The veteran designer will show a 30-piece collection, which would be a mix of his best pieces and a number of new dresses.

“Half of my collection will be composed of new creations,” he said. “I would be utilizing a great deal of locally produced fabrics mixed with materials sourced from abroad to give each look a modern take.”

“When we were preparing for this year’s CPFW, I came up with the idea of grouping the designers into yesterday, today and tomorrow,” said Manlangit. “I’m a firm believer in the cliché that you have to understand your past in order to forge ahead into the future.”

Since these veteran designers are still very much around, Manlangit realized that it would be a disservice to group them under “yesterday.” Instead, he and his collaborators came up with “Icons of Philippine Fashion,” a decidedly more fitting title for a retrospective designed not only to honor them, but also to inspire and educate the young, upcoming talents.