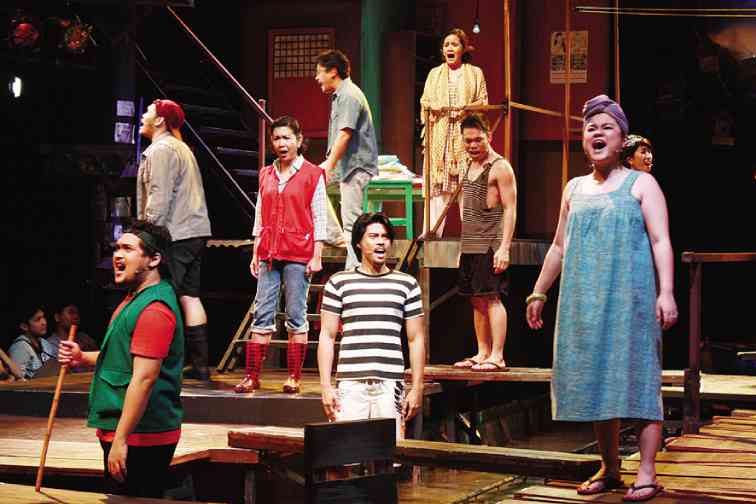 There is something about Aegis’ music that resonates with Filipinos regardless of social class. There are those who may deem such music as bakya, but in theater, where the display of emotion is the driving force of every performance, how can one not feel for a lovelorn character drenched in the rain and bellowing out, well, what else, “Basang Basa sa Ulan”?

That song is just one of the staples by the iconic Aegis that is featured in Philippine Educational Theater Association’s (Peta) musical comedy “Rak of Aegis,” which now returns for an unprecedented 67 shows from June 20 to Aug. 31 (every Thursday to Sunday), at the Peta Theater in Quezon City.

“Rak’s” initial run only had 36 shows, but the musical was quickly sold out and clamor from theatergoers resulted in seven additional performances. Director Maribel Legarda says that those who have seen it before can expect some changes in the rerun— tweaks to the story, for instance, and nuances from the new actors.

“The play is a testament to the Filipino’s capacity to laugh in the midst of adversity,” Legarda says. “It is further proof of the theatergoers’ ability to appreciate a larger platform for ideas, with Aegis’ music infused in a social setting.”

Liza Magtoto wrote the libretto for “Rak of Aegis,” while Myke Solomon did the musical rearrangements and direction.