Shanghai can be full of surprises | Inquirer Lifestyle ❮ ❯ 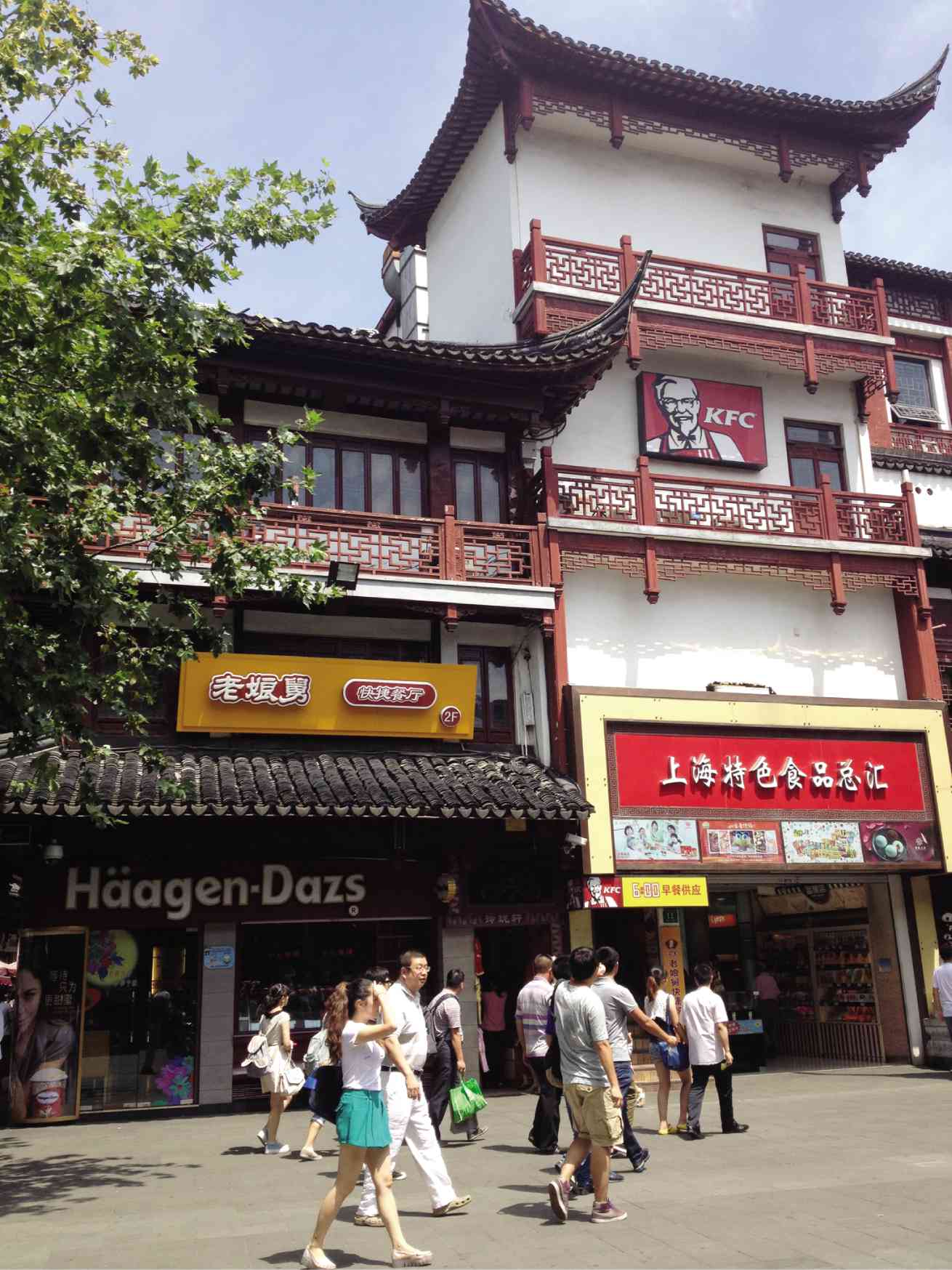 Shanghai can be full of surprises

I had been planning for the longest time to visit Shanghai after an adventurous trip to Beijing in 2005 with my media advertising colleagues.

I was lucky to have Tita Nancy Sta. Romana, my Filipino-Chinese aunt based in Beijing, to bring me around the city at that time. I didn’t have to worry about the language barrier. But for my Shanghai trip, I had to prepare myself.

The first thing I did in Shanghai was to walk along the Bund, its waterfront area. I didn’t care if it was high noon during summertime. Thank God for the Pepsi-branded water mist sprayers scattered along the Bund to refresh foolish tourists like me.

Even if I thought I was going to pass out from the harsh summer heat, I was in awe of the skyscrapers across the Bund, known as the Pudong area, which was farmland a mere 20 or so years ago.

While waiting for nighttime to fall, I explored the pedestrian-only street of East Nanjing Road, lined with department stores and food halls. I was particularly curious to check out its local version of Gap and Zara, called Metersbonwe. It had a building of its own, with high street fashion and accessories for men and women.

I saw a lot of people going in and out the Shanghai Food Hall building, so I joined the crowd to discover an entire building of local food and various restaurants. I found the popular Nianxing Steamed Bun Restaurant and quickly got a table before the line got any longer to try the famous xiao long bao.   I almost finished a basket of this steamed bun all by myself!

I was literally running to the Bund when I saw a glimpse of the lit-up skyscrapers at Pudong from the end of East Nanjing Road.  My mouth literally dropped in amazement and I thought, am I in New York?

It was very crowded, and you had to find a perfect spot to squeeze in to get a front view of the lights show. As you walk to the south end of the Bund, it becomes less crowded, though. The neo-classical buildings along the Bund side, such as the Peace Hotel, Peninsula Hotel and HSBC building, are also a sight at night.

It was a definite steal to cross the Bund to Pudong via a ferry ride for only 2 Yuan (around P14).  The view while crossing the Huangpu River was lovely. From the Pudong ferry terminal, you can just walk to the tourist areas, such as the Shanghai World Financial Center that looks like a bottle opener; Jinmao Tower; the nearly completed Shanghai Tower which will be the tallest in the Pudong skyline; and shopping malls like Superbrand Mall and IFC mall.

I don’t particularly like big tour groups. I enjoy planning my own itinerary, but Shanghai’s summer was just too hot so I rode the hop-on, hop-off tourist bus (but never got to hop off) to escape the heat and get my bearings.

After riding the whole route of the bus around Shanghai on my first day, I couldn’t wait to go back to Xintiandi and the French Concession east area.  I was excited to walk the stretch of the tree-lined street of Hua Hai Road with quaint shops along the street. I really felt like I was strolling along a mini version of Paris’ Champs-Elysees.

The shops were a mix of international brands, and I even spotted the Philippines’ Bench Body there.

The West Nanjing Road also resembled the tree-lined shopping street of Hua Hai Road, but with bigger international and local shops. It still felt like I was ambling along in Paris, except that there were no outdoor cafés.

I also loved that, in this popular tourist area, you’ll find a glimpse of local life—local neighborhoods of red brick homes with small alleyways that you can walk through and explore.

I found quaint outdoor cafés at Xintiandi at the French Concession area, found in traditional longtang (alleyways).  I caught a TV interview of the architect of Xintiandi on the local channel. He said that the area is threatened, as there are brands that want to build flagship stores here. I hope this area will still maintain its neighborhood feel despite the inevitable entry of big stores.

I was curious to try out the local café, intrigued by its name as well—Wagas Café.    It serves Western and Asian food, smoothies and coffee. It’s a place where you’ll want to spend the afternoon and watch the world go by with a good cup of coffee.

Another place to get lost in Shanghai’s traditional alleyways is Tianzifang. This time I was entertained by local artists and their offerings of handmade jewelry, pottery, even paintings.

I discovered an old cotton mill converted into contemporary art galleries. It is a bit far from the popular tourist areas in Shanghai, but I enjoyed the serenity of this area.

Up-and-coming artists have their exhibits all year round here. I saw photographers taking artistic shots of structures outside the buildings and some rooftop shots of the city. It was lovely to wander from one building to another and check out the local art scene. At the entrance of this complex, there’s a café named Traveled Coffee and Tea. It felt like your extended living room.

Going back to the city center, the People’s Park is a good place to walk around and enjoy a piece of greenery in the middle of the city. I found a secret garden just at the corner of the park, which turned out to be C’est La Vie Café and Bar. It’s a lovely afternoon tea place with vintage decor.

I literally went high and low for my shopping in Shanghai. The Yuyuan Garden at the Old Town is surrounded by shops selling Chinese souvenirs. But my favorite find in this area is a building similar to 168 Mall in Divisoria that sold everything you can imagine, from clothes, shoes and accessories, to school supplies, electronics and home décor. There’s even an entire building selling antiques.

You can spend the whole day just exploring all the shops around the Yuyuan Garden. It’s very interesting to wander the alleyways and see traditional Shanghai life, even spot a few locals in their pajamas doing chores. Wearing pajamas to go out used to be common to Shanghainese, but during the 2010 World Expo, the government discouraged it, as it was seen as backward and uncivilized.

But of course, I had to give in to my curiosity and visit Superbrand Mall, which has 13 floors! I headed to the Pudong area and explored all the floors, but ended up at Lotus, the mall’s supermarket.

One of my favorite travel activities is to explore the local supermarket and check out products not available in the Philippines. Then I headed over to a neighboring mall, IFC mall, with higher end shops, and lost myself in City Supermarket, which is more of a gourmet supermarket.

Now I understand why people rave about Shanghai. I was smitten by this city. From the pedestrian-friendly streets that reminded me of Paris, to the New York-like neon lights of skyscrapers and shopping malls and Shanghainese cuisine—this could be my new long-weekend escape. If only we didn’t need a visa!

How did I survive Shanghai without someone translating for me? I prepared my list of places I wanted to go, and had the hotel receptionist write all the places in Chinese. That gave me enough confidence to explore. But pointing without words also works. It got me far enough—without getting lost.