Dream come true: ‘Swifties’ back together with their idol | Inquirer Lifestyle ❮ ❯ 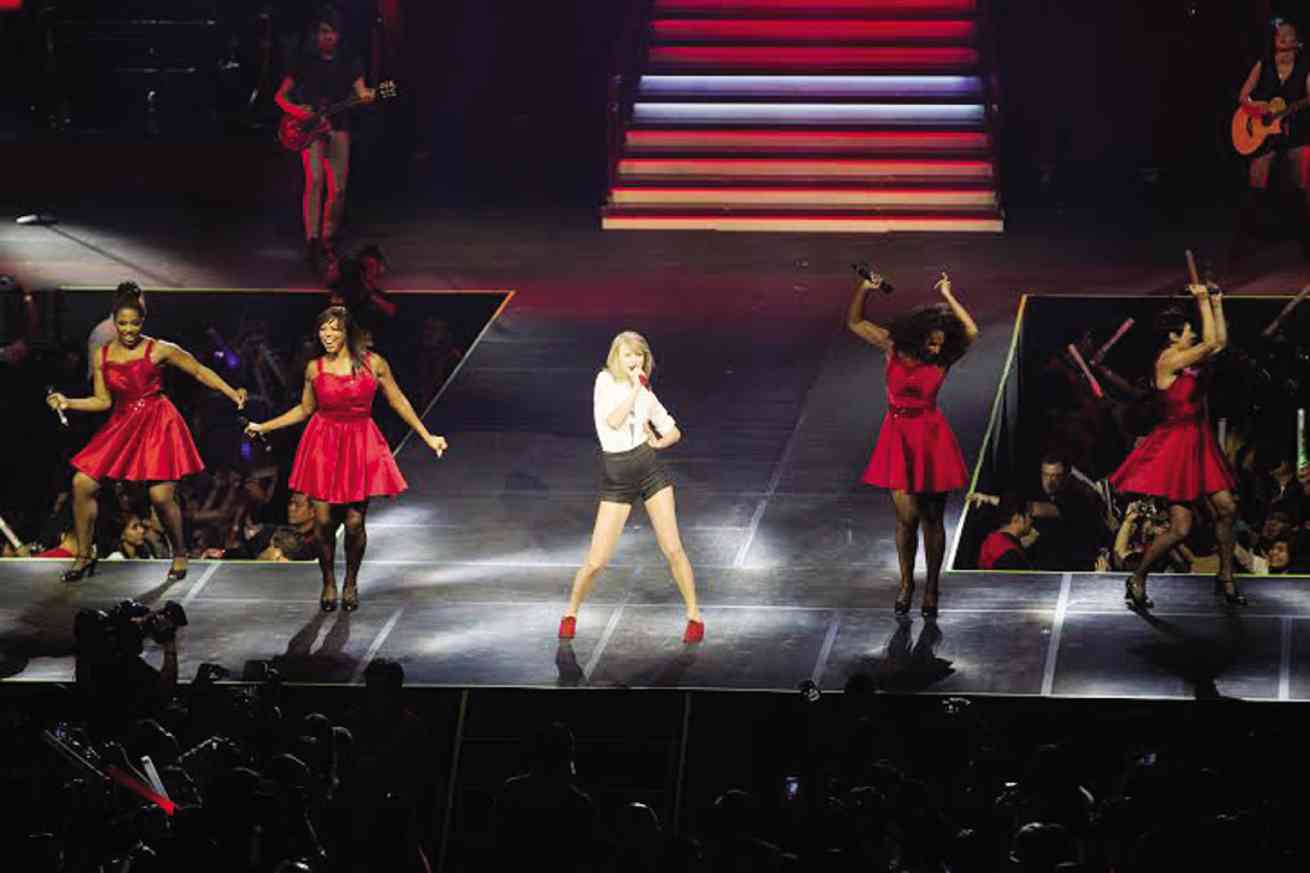 Dream come true: ‘Swifties’ back together with their idol

Clad in all-red attire and capes spelling out “Swift,” a group of screaming teenaged girls joined the crowd lined up outside the Mall of Asia Arena on June 6. The girls were waiting for Taylor Swift’s Manila concert to start.

The girls, led by Kaye, 15, said they held on to Taylor’s promise that she would come back to Manila after her first concert, part of “Speak Now” world tour, in February 2011.

They said they had expected the return engagement to be “a dream.”

Kaye and her friends, Jia and Bianca, both 17, recalled lining up to get tickets to the June 6 show since they were not able to watch the previous gig.

“I thought I won’t be able to buy tickets when the screen flashed ‘sold out,’” said Jia, who was wearing a headband with “Tay” written on it (while Bianca’s contained “Lor”).

“I waited for a few more minutes, asking the counter guy to refresh his system until luckily, five upper box tickets showed up,” added Jia.

When the gates finally opened, the fans stormed inside, screaming and singing Taylor’s songs.

Trying to fit in

The crowd cheered when the lights went out, revealing a huge Taylor Swift silhouette.

The seven-time Grammy winner opened the show with “State of Grace” and “Holy Ground,” dancing and kicking her feet with her Keds Boyfriend Oxford sneakers. She greeted the audience, “Magandang gabi! Mabuhay, Manila! Welcome to the ‘Red’ Tour.”

Taylor thanked her Filipino fans for supporting her “Red ” album, which had gone double platinum.

“If I were to choose one color to represent all those emotions, it would have to be a bright burning red,” she said, before performing the album’s self-titled single.

After quickly changing to a glimmering red dress, she sang “The Lucky One.”

She later picked up her banjo after changing into a comfortable red shirt and black shorts. She talked about trying to fit in. It was a spiel for her next number, “Mean.”

Then a short video on the huge LED screen showed snippets of Taylor’s growing years  until she reached the age of 22—an introduction to her similarly titled song.

Grabbing her acoustic guitar, Taylor went down to the audience and climbed up to the other stage. She toned down the mood with “Fearless,” “You Belong With Me” and “Sparks Fly.”

She took time changing into a white gown bedazzled with gold glitters. A violinist meanwhile played a powerful instrumental intro to “Trouble” before she joined in.

Halfway through the song, Taylor revealed her fierce side when the white gown was quickly pulled off her, turning it into a black corset piece. According to her mom Andrea (or Momma Swift to her fans), it was the fastest costume change Taylor had done—3.5 seconds.

Known for writing emotionally charged original songs (rumored to be all inspired by past romantic relationships), Taylor sat down at the piano to play “All Too Well.”

She paused midway, teary-eyed, gazing at the crowd, and then breaking into a smile.

“We can have our heart broken and be left out in the cold and all that,” she said, “but that doesn’t have to make us bitter, and can’t stop us from believing in love.”

After the moving performance, she transformed into royalty, wearing an elegant white gown for “Love Story.” Acting like it was her final number, she did a curtsy and bid the audience farewell.

The crowd called for an encore, and Taylor went back, wearing a glittery red magician’s suit. She performed “We Are Never Ever Getting Back Together.”

Who knows, she and her Swifties might get back together sometime.