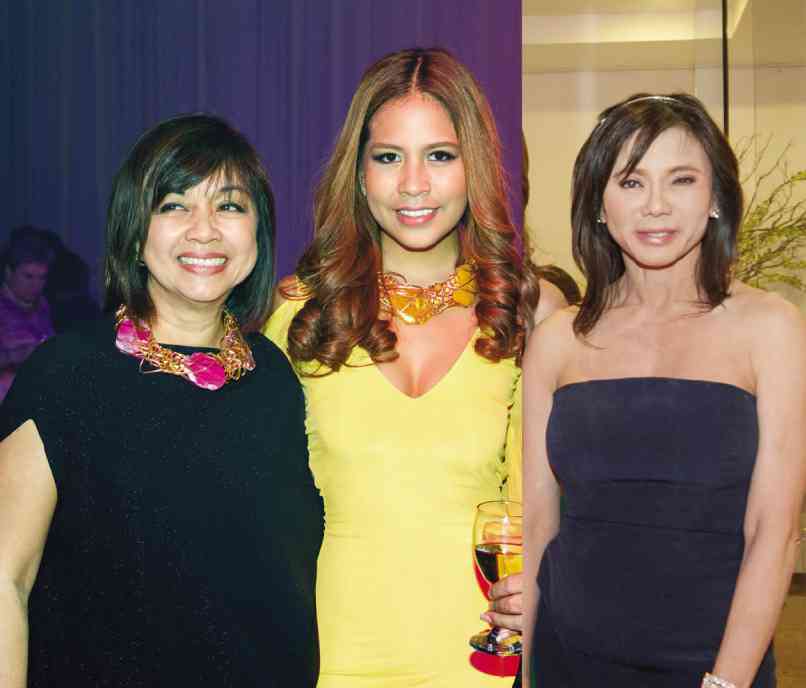 I can’t believe, dahlings, that it’s been five fruitful years since the Belo Medical Group opened its branch at Ayala Malls Cebu.

For its recent anniversary celebration, the dermatology and cosmetic surgery center held a Mardi Gras-theme party that drew the Queen City of the South’s A-list crowd.

Tirelessly welcoming each guest was Dr. Vicki Belo, who flew in from Manille with her close pal and consultant Jojie Dingcong, as well as Julie Jalandoni Boshi, Glenna Fernan-Guidicelli and Grace Palaganas.

As an added treat, Dr. Belo sponsored Cebu’s talented young fashion designer Mia Arcenas’ Spring/Summer 2014 collection which was unveiled that night with support from Cebu’s magazine of the rich and famous, Zee Lifestlye, published by my palangga, Eva Gullas.

Take a bow, dahling, you deserve all the applause.

The night we watched Resorts World Manila’s production of the Tony Award-winning musical “Priscilla, Queen of the Desert,” the opening number with Bituin Escalante, Pinky Marquez and Menchu Launchengco-Yulo rendering “It’s Raining Men” got everyone dancing and singing along.

The fabulous costumes, including over-the-top headdresses, were designed by Edgar San Diego.

I must say that this Philippine version is a lot better than the London production that I saw.

Ambassador Guy Ledoux, head of the European Union delegation to the Philippines, presided over the recent Europe Day celebration at Makati Shangri-La’s ballroom.

In his welcome speech, Ledouz said: “Tourism has been a sector of growing importance for both the EU and the Philippines, a major anchor for stronger, long-term relations between the country and the bloc.

“Recently,  United Kingdom’s Daily Telegraph cited the Philippines as ‘one of its top 20 destinations for 2014,’ with Panglao Island, Malapascua, Donsol, the Cordilleras and Palawan as some of the must-visit destinations for European tourists…

“Guided by the World Tourism Organization’s Global Code of Ethics for Tourism, the EU and the Philippines will continue to work together to develop tourism in a sustainable way…”

Guests nibbled on yummy dishes from different countries, with the event lasting way past the protocol time of 10 p.m.