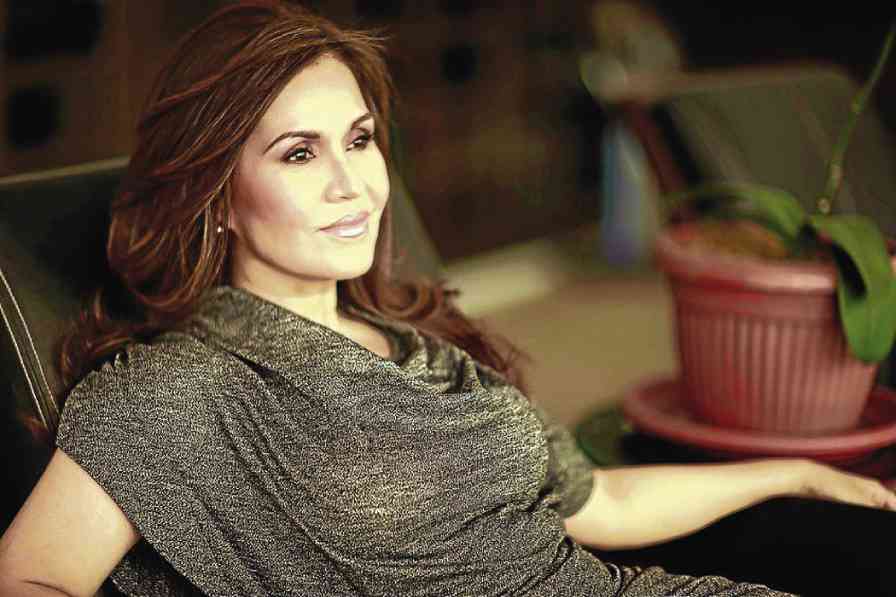 It’s time once again for our Sweet and Sour musings, dahlings.

On June 1, architect Conrad Onglao gave his ladylove, the gorgeous Zsa Zsa Padilla an intimate bash for her 50th birthday, held in his ultra-chic home in San Lorenzo Village. Among the select guests were Zsa Zsa’s show-biz pals and a few of Conrad’s society gang.

Conrad had a special menu catered by La Tasca. Dinner was followed by a lot of singing. When it was Gary Valenciano’s turn, he said, “Thank you, Conrad, that we finally see Zsa Zsa smiling after a long time.” That brought applause and whistles, as the lovebirds hugged each other.

There is this dashing and very eligible Italian, the scion of the family that owns a high-end luxury brand in Europe, who is persistent in pursuing one of our popular women—and not caring even if she’s married and had told him about her husband!

The Italian still calls her up and even wants to jet over to Manille just to be with her, “even for dinner or lunch.” But our friend told him that would be impossible, since our town is too small and she’s too high-profile.

The big question is, will our friend weaken in the face of this “insistent” Italian heir? Will she tell him to come, or maybe even introduce him to her husband to turn the Italian off?

She just laughs at the whole situation, dahlings.

And then there’s this politician, who was abroad not so long ago and was shopping in an exclusive bling-bling shop where he was choosing a gorgeous diamond bracelet and a pair of earrings for his paramour who was in Manila at the time.

He gave the woman a call and described the jewelry he was buying for her, and faster than you could bat an eyelash, the girl said, “I love it!”

That did it. The politician left with the bling in hand and the jeweler was ecstatic over the fast sale he had made.

Loud whispers have come my way that while pretty Rhian Ramos is supposedly seeing TV personality Marc Nelson, she’s also seeing another mystery suitor. Rhian had broken up with DJ and host KC Montero—a pity because I thought they were a happy couple when moi chatted with them at the 2nd Restaurant at BGC.

In my last Sweet and Sour column, I reported that the ex-fiancé of my palangga Celine Lopez, business achiever Enrique Gonzalez, was all set to say his “I do” with his love of over a year, smart and unassuming Monique Borja, in October. Well, dahlings, that has all changed, after the couple decided to advance their wedding to this month, in Hong Kong.

Celine, meanwhile, is still footloose and fancy-free and has not gotten serious with anyone since her breakup with Enrique. She has, however, received acclaim as one of the producers of the award-winning film “Metro Manila,” which won the 2013 Sundance audience award and was a Bafta nominee for Best Foreign Language Film. It was also the UK’s official entry to the Oscars.

It’s not clear yet; there seems to be conflicting answers from Cristina’s pals.

Now she’s back as one of Manila upper society’s most eligible bachelorettes.

Another sour note was the breakup of exotic beauty Vicky Abary and Antonio Ressano of ADB. Neither Vicky nor Antonio wants to talk about the reason for the split, and my lips are sealed, too, dahlings, till it’s time to spill the beans.

I’ve bumped into Vicky at the popular Las Flores at BGC; she was with two of her close gal pals, and I told her, “You’re looking happy again!”

And she said, “Yes, I am back in circulation!”

I’m sure a long line of eligible men will again be lining up for her affections sooner than soon. Vicky keeps busy for now as co-founder of the travel and lifestyle blog thegypsetters.net and as brand marketing consultant of Vogue Concepts, Inc.

Now, on the sweet side. Who is this very married gentleman who, for a time, had his eye on different women from all over town—but perhaps after thinking things over, has completely reformed? Yes, would you believe, he’s back to being the loving husband to his adorable wife!

Like I always say, no matter how long the procession, it always ends up in church, dahlings—the one they started from!

TV host Cesca Litton is also one gal in love and extremely happy with her fiancé Tyke Kalaw. They have been a steady twosome. When Tyke recently popped the question and presented her with a simple but so meaningful ring, Cesca was so thrilled that she couldn’t hold back her tears, before saying, “Yes, I’ll be more than happy to be part of your life forever!”

The big date has not been announced yet, but it’s happening, palangga!

Now we have this woman who just loves to hog the lime-light and who was able to wangle her way into a gang of women with substance. She just seems to be in all the photos where she’s not supposed to be part of, and has reportedly paid loads of cash to be included in one of our never-ending “best-dressed” lists.

Whatever happened to the days when the best-dressed choices were truly worthy of inclusion, with backgrounds belonging to Manille’s true 400? Oh, well.

Then we have this nouveau riche business magnate who has three thriving conglomerates, and is well-respected by the business community. He surely looks happily married and is devoted to his grown-up children.

But he jets out of town to visit his favorite paramour while leaving the other one in Manila who is comfortably settled in her fab condo with two snazzy cars, and does not even have the faintest idea of the Hong Kong connection.

Well, I guess what you don’t know won’t hurt you, di bala, palangga?

Recently, at Las Flores, heads turned when 14 beauties entered, along with one tall and good-looking gentleman. The group was led by my longtime pal, Jaka Group president and CEO Katrina Ponce Enrile, who was with her daughters and granddaughter.

When I told her that she looked stunning and blooming, Katrina dropped a bombshell. “It’s because I’m free again. I’ve separated from my husband of 17 years because I just got fed up with his too many girls, and that was it!”

Katrina and I laughed and promised we’d get together one of these days for dinner.

Another breakup is that of Martin Valdes and Stephanie Walmsley, only five months after a so-romantic wedding in Tagaytay. The couple met five years ago in New York and appeared to be the perfect couple. But somehow things weren’t meant to be.

I’m keeping my fingers crossed that Martin and Stephanie will be able to settle their differences and get back into each other’s arms, where they truly belong.

Handsome Marco Lobregat, on the other hand, has finally found the woman of his dreams, the extremely smart Aziza Mondenado. They are constantly together, and their families approve of the match.

Lastly, we have this well-respected businessman and his fashionably attractive wife who have adorable grownup children. Whispers say the wife is just getting bored to oblivion and is no longer the fun, spitfire woman she once was, because her husband has become totally engrossed in his thriving business ventures.

But this is one affair that will not rock the marriage, since they still appear to be in love with each other. Yes, dahlings, keep that love-light glowing, no matter what.