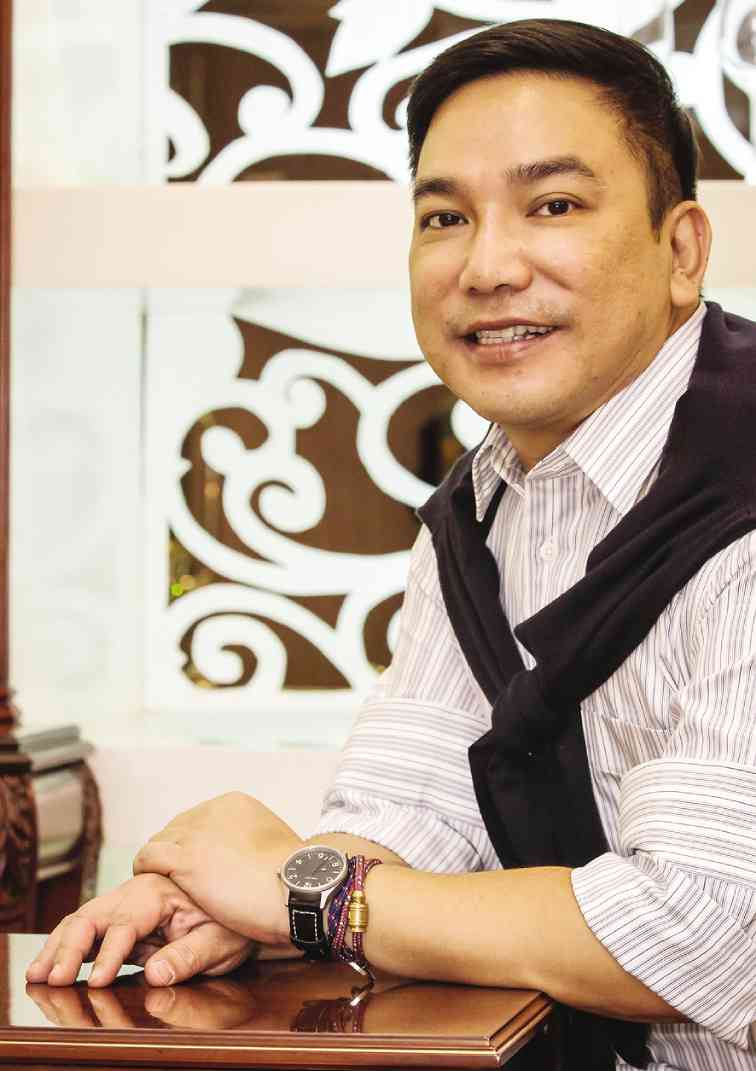 Why Paquito Roque considers himself the father of 16 children

Paquito “Pen” Roque, a bachelor, considers himself the father of 16 children.

The president and acting executive director of Bright Halls Children’s Foundation, a private nonprofit orphanage, regards all the babies it accepts as his.

Roque, now the marketing director of a global corporation, was working for another multinational when restlessness bit.

“I was trying to look for more meaning and purpose in what I do. I thought (of going back to) mentoring—teaching and doing lectures—when I stumbled upon babies,” he recalled with a chuckle.

By stumbling, Roque meant he and friends, including Ronald Pineda, Sheila Romero, lawyer Jay-Jay Puno and the future Sen. Nancy Binay, formed the orphanage in March 2012.

Roque said child welfare is one of the advocacies of Pineda, who keeps in constant touch with institutions like Cribs and Bantay Bata.

Roque said at that time, for lack of facilities, Cribs could not accommodate five infants, so Bright Halls’ operations had to be fast-tracked. The Department of Social Welfare and Development (DSWD) gave Roque and his co-founders an orientation that centered “mostly on principles, management and working on (our) mission-vision.”

DSWD is the party that does the match between an infant and prospective parents. Bright Halls’ nurses and caregivers are now busy with the third batch of nine babies.

But while  DSWD supervises Bright Halls, it has apparently failed to prepare Roque for the affection and emotional attachment he would develop with his wards as he sees them grow up.

Roque spends Mondays and the most part of Saturdays at Bright Halls. Being the most visible among the founders, he is also the one most exposed to the children who call him either “daddy” or “dada.”

One time Roque was invited to the baptism of one of the babies. The child repeatedly called him “daddy” in a loud voice, to the chagrin of the new parents.

Roque remembered the first time he authorized the release of one of the babies to foster parents.

(Couples who adopt non-biologicalchildren must first be subjected to rigid government screening that could last years before a court declares them as legalparents.)

“Mabigat. I didn’t like the feeling after. You know how it feels when you take care of a child at 4 months old, parang anak mo na siya,” he noted.

Roque, however, said he is consoled by the knowledge that the children who leave Bright Halls stand to have a much better future.

“It makes you feel good (knowing that) at the end of the day, they have a better life. The best part is when you know you’ve given a child a better…” Roque’s voice cracked as he trailed off.

The bachelor himself is in the process of adopting one of the infants, now a pre-schooler, from the first batch that Bright Halls accepted from Cribs.

Roque whips out his smartphone and shows us photos of a gregarious-looking chinito.

The new dad’s eyes lights up when he talks of the boy.