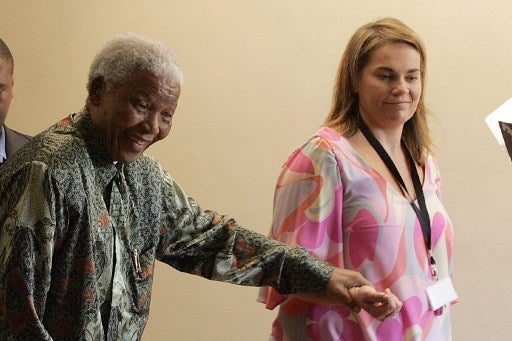 JOHANNESBURG — Nelson Mandela’s widow was treated badly by members of his family as the peace icon was fighting for his life in hospital, excerpts from a memoir by his long-time aide have revealed.

In a book likely to ruffle some feathers within the large Mandela family, Zelda la Grange, Mandela’s personal assistant for 19 years, tells of shabby treatment suffered by Graca Machel, even in the aftermath of her husband’s death.

Excerpts published by Sunday Times newspaper reveal that Machel was once called “Ms Frantic” by Mandela’s eldest daughter Makaziwe, after media reports that she had been in a frenzy when an ambulance driving Mandela to hospital broke down on a motorway on a cold evening in June 2013.

She says politics within the Mandela family about his funeral took place for years before he died in December last year at the age of 95.

Machel had refused to be party to such arrangements.

“I don’t know of any person alive who has been treated with the amount of disrespect that people have shown to Mrs Machel,” writes La Grange.

She also says that Machel, like anybody else, was compelled to get accreditation to attend her own husband’s funeral on December 15.

The Machel family was allocated only five spots at the service.

Makaziwe told the Sunday Times that La Grange would have to prove any reference she made about the family in the book “otherwise she will be sued.”

But the former aide has defended her words.

“My book was not written as a definitive account — to say ‘this is Madiba’. It’s just my experience,” she told the Sunday Times.

La Grange, a white Afrikaans woman, had over the years become a permanent feature at Mandela’s side, often seen holding his hand to offer support during his frail final years.

On a lighter side, she told how she was at loss for words when she met him for the first time.

“I felt guilty that this kindly-spoken man with gentle eyes and generosity of spirit spoke to me in my own language after my people had sent him to jail for so many years.”

La Grange also claims that Machel had to intervene after Makaziwe had prevented her from visiting Mandela in hospital, telling her that she was no longer an employee.

Mandela and his 3 wives