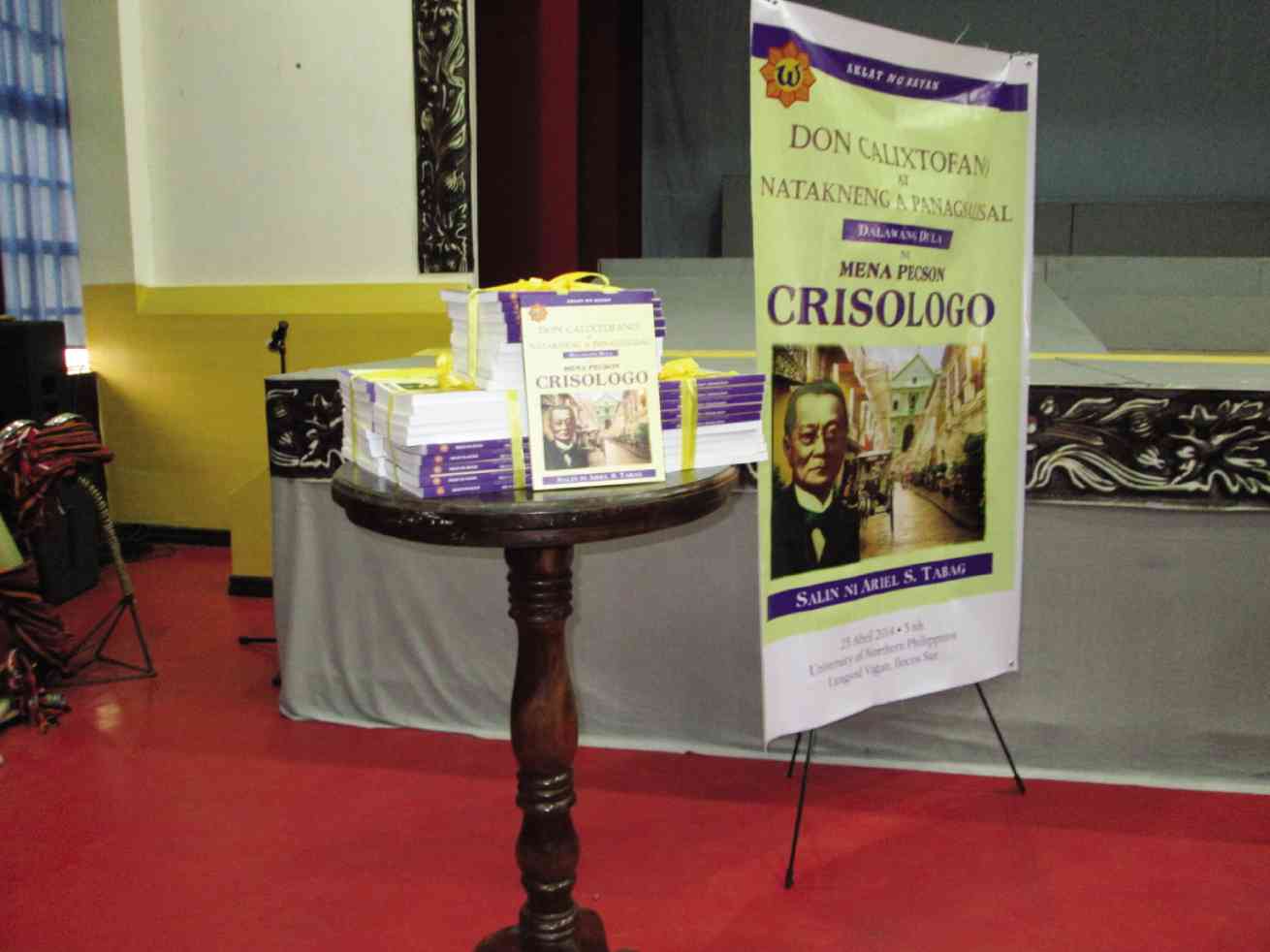 Ilocanos have brought their language to different corners of the world, notably Hawaii where there’s an active branch of the Gunglo Dagiti Mannurat nga Ilokano iti Filipinas (Gumil) writers group.

A conference organized by the Komisyon ng Wikang Filipino (KWF) under National Artist Virgilio Almario and the National Commission for Culture and the Arts (NCCA) tried to tackle the matter.

KWF commissioner for Ilocano Purificacion Delima talked about the drafting of mother-tongue-based learning materials for the K to 12 curriculum in basic education.

Johnny Buhay of PLT College, Nueva Vizcaya, spoke of Postmodern literature in the context of the Ilocano language. Banna National High School principal Joel Manuel also gave a lecture on the understanding between Filipino and Ilocano languages, and how their bodies of literature build a sense of national consciousness.

Not a good reason

When Buhay forwarded Postmodern literature as a movement that Ilocano writers must explore, there was a word of caution from Junley Lazaga, chair of the University of the Philippines Baguio Department of Language, Literature, and the Arts. She said that writing in this manner must be put into proper perspective and context.

“Postmodernism is a developmen in the West,” Lazaga argued. “Now, what’s our motive to go toward this sensibility? If the motive is to be at par with the literature of the West, or at the national level, then I don’t think this is a good reason.”

Benosa cited the conflict between OP and local orthographies.

He explained that the Lopez Orthography (LO) was mandated to be used in schools in 2012 by Joel Lopez, education-program supervisor of the Department of Education in  Ilocos Norte.

“Dr. Lopez’s [orthography] is OP-based,” Benosa said. “But the KWF suddenly distanced itself from the [orthography] of Dr. Lopez, but the DepEd supports Dr. Lopez.

“The orthography [that the Ilocanos are using] right now has been developed for decades.”

She added that “the Bannawag orthography has been evolving through the passage of time” and needed minimal change.

But Delima said the Ilocano group had not thoroughly studied the OP.

“They don’t seem to see where the Ilocanos’ orthography is in the context of the OP,” Delima said. “We’re willing to explain it to them, but they don’t seem open to the mission of the KWF to unite the regional languages under the national language.”

To break the impasse, Almario said it was the KWF’s mission to make the OP as broad and preferred as possible since all languages in the Philippines were linked in some way to one another.

“The regional and national languages are not in conflict. Rather, we must establish a symbiotic relationship so there can be progress,” Almario said in Filipino.

He cited the baybayin, the written script used by precolonial Filipinos.

In his keynote speech, he cited the commonalities in culture by citing Isabelo de los Reyes’ “El Folk-lore Filipino” (The Filipino Folklore).

De los Reyes wrote about the common customs of  the Ilocanos and the Tagalogs—whistling at night for example.

Almario drove home his point by bringing these commonalities to the national level: “Truth is, the whole Philippines believes in the power of the anting-anting (amulet), as well as the power of prayer when asking for rain or sunny weather.”

Manuel agreed, asserting that languages are a bridge of nakem, or “consciousness.”

Poet-professor Michael Coroza said there was a sense of “recognition of national identity that stretches across regions.”

Launched was a bilingual book collecting two Ilocano plays of Mena Pecson Crisologo, alumnus of University of Santo Tomas and the first governor of Ilocos Sur in 1901.

Published by the KWF and with Filipino translation by Ariel  S. Tabag, the book features  “Don Calixtofano,”  about a Quixote-like character who believes too much in the zarzuelas that he reads or watches.

The book also features “Natakneng a Panagsalisal” (An Honorable Contest),  a romance set during  the Filipino-American War.

Poetic performances were also staged during the conference.

The traditional dallot, or courtship chant, was performed by Avelina Fe Camacho and Mario T. Tejada.

Aside from KWF and NCCA, the conference was organized by Gumil, DepEd, and Unyon ng Manunulat sa Pilipinas. The City of Vigan and the University of Northern Philippines were sponsors.