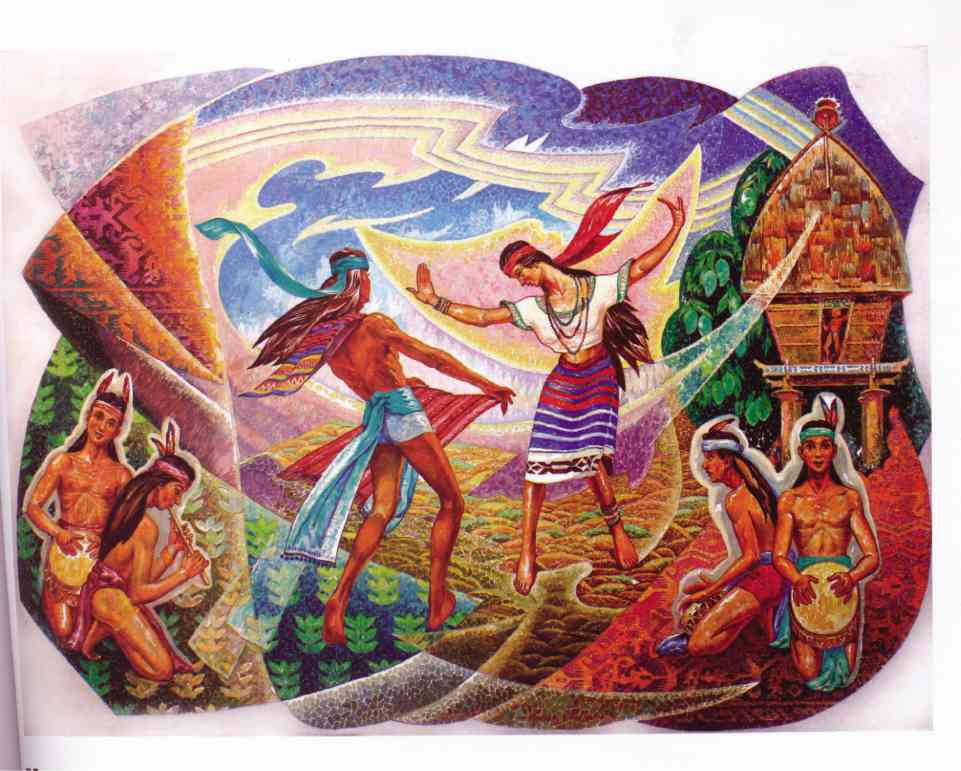 At least 153 pieces of artworks, antiques and objets d’art have been assembled for the mid-year auction of León Gallery on June 21, 11 a.m.

The stunning works will have starting bids ranging from as low as P3,000 to as high as P 2.2 million (for a “Sabel” by National Artist Benedicto “BenCab” Cabrera).

“Since mounting our first auction,” said Ponce, “we’ve made a conscious effort to refine and improve our selection process—always with the intent of professionalizing our services to our clients and raising the notch higher, especially in view of increasing competition.”

Ponce said that through the years there had been more and more young art enthusiasts participating in auctions.

Ponce said they were able to get hold of a very rare Amorsolo, a 1922 piece titled “Manila Bay Sunset,” showing the master’s signature sunlit rural scene.

“This piece is perhaps the largest that has ever come to auction and certainly among the earliest,” he said.

The most expensive is BenCab’s 2000 “Sabel,” part of his “Sabel ”series. Sabel, a common subject of BenCab, was, in fact, a scavenger and homeless woman from his neighborhood. Fascinated with the woman, the artist started taking photos and sketching her.

One of the rare pieces is a 1958 enamel-on-canvas by Arturo Luz featuring  minimalist geometric abstraction. Starting bid is P220,000.

Ang Kiukok’s 1955 oil-on-canvas “Still-life (Coconut),” with starting price of P500,000, is accompanied by a certificate issued by Finale Art File confirming the authenticity of the lot.

Aguilar Alcuaz has nine artworks in the auction, including the 1959 oil-on-wood panel “Barcelona,” with starting bid of P500,000. The artwork shows Aguilar’s tempestuous abstract style reflective of the Catalan spirit.

Also of importance is a 1955 oil-on-canvas work, “Masks and Faces” by Sansó, from the Luis Ma. Araneta Collection. It has a starting price of P200,000.

A Lee Aguinaldo work from his so-called Linear Series—“Green Circulation No. 6”— signed and dated 1973, is also a highlight.

“It shows us why and how he broke new ground and caused a stir: through the application of acrylic pigments—precise and calculated; repeated and constant—that marry the seemingly opposing traits of minimalism and intense painting,” Ponce explained.

For antique furniture-lovers, the Tiongco aparador from the mid-19th century is undoubtedly the pièce de résistance. The cabinet in kamagong is exquisitely carved.

Social historian Martin Imperial Tinio said kamagong was ideal for making carved furniture since the density of its grain enabled the carvings to be made as crisp and thin as possible.

Tinio said the two-door aparador belonged to the Tiongcos, one of the most prominent families of Sta. Rosa, Laguna. The family owns several impressive bahay-na-bato (Hispanic stone houses).

“This piece comes from one of their houses and is exceptional because of the elaborate ornate carvings that decorate the doors, frieze and crest of the piece,” Tinio said.

There are also contemporary art pieces in the auction.

The 2014 oil-on-canvas “Black Hole Sun” by Andres Barrioquinto is an anthem to women’s empowerment. Starting bid is P400,000.

Ronald Ventura’s 2006 oil-on-canvas “Heat,” which was exhibited at the Ateneo Art Gallery, will have a starting bid of P500,000.

Ponce said León had always been judicious in its selection process.

“We tend to favor artworks that come from prominent collectors and distinguished family estates—these are harder to refute and question—so in our coming Spectacular Mid-Year Auction we have lots from the Luis Ma. Araneta Collection; from the Wili and Doreen Fernandez Collection; from Nikki Coseteng; and a number of pieces that have been published in books or with detailed documentation,” he explained.

Ponce said León had always secured certificates of authenticity from credible sources. For works by Amorsolo, León seeks the certification of Sylvia Amorsolo-Lazo; for Zobel works, from  Rafael Perez-Madero; for Aguilar Alcuaz, from Christian Aguilar; and for Joya, from Josefa Joya-Baldovino.