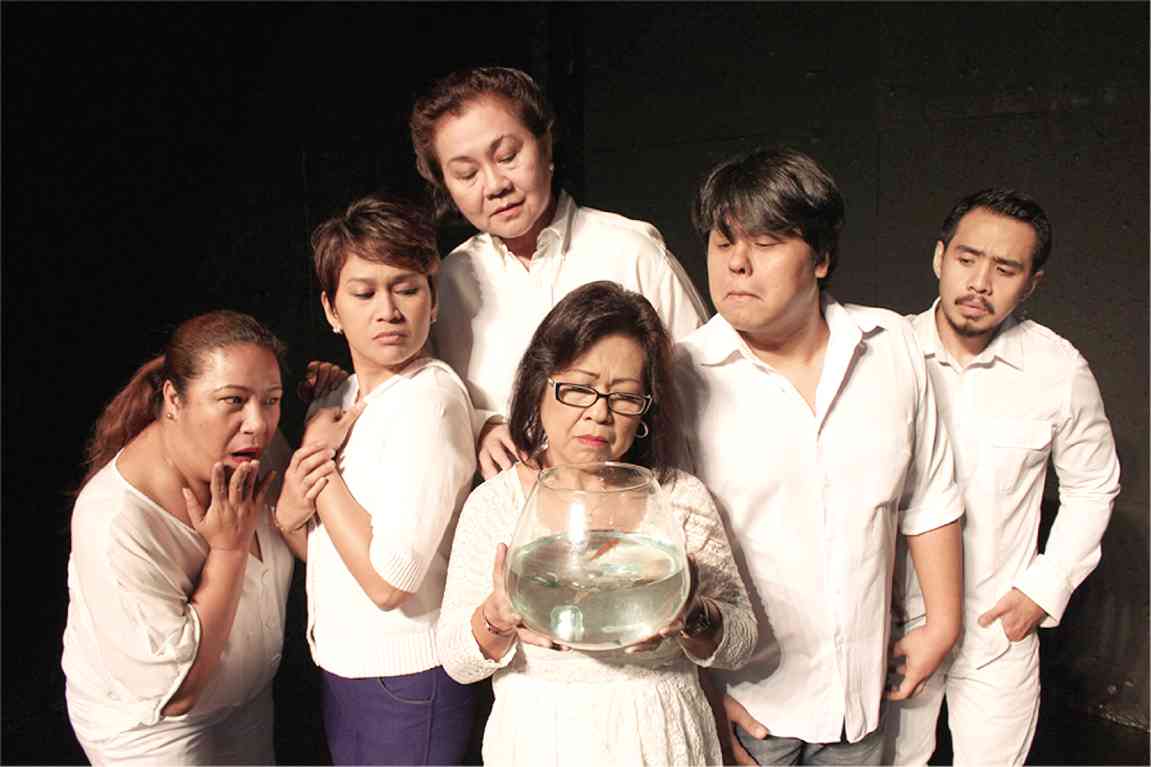 As it celebrates its 10th year, the Virgin Labfest should perhaps rethink defining itself as just a festival of untried, untested, unpublished and unstaged plays. It is all that—but, more importantly, the Labfest has become an oasis for the Filipino playwright, whether fledgling or not.

Participants do not make writing a full-time career but they can explore, start pursuing the craft or enhance it through the festival, said Rody Vera, award-winning writer and coordinator for playwrights’ group The Writer’s Bloc. Members of the group were among the pioneer participants of the Labfest, whose latest edition will be held June 25-July 6 at the Cultural Center of the Philippines.

“I don’t think we’ve come to that stage yet, for playwrights to live off of the writing profession,” he said at the recent Virgin Labfest press conference at CCP. “It’s more a vocation, ‘something I love to do because nabuburyong ako sa trabaho ko (I’m bored with work).’ Producing this festival annually already provides a big oasis for playwrights.”

The Labfest has opened a lot of doors for its writers, Vera added. They become recognized in the industry, are offered writing gigs for other theater companies, have their work brought to life on the silver screen, or win the Palanca.

Labfest artistic director Tuxqs Rutaquio said he is the perfect example of somebody who has made the festival his classroom.

“This (VL) was where I learned everything, where I grew as a director and established relationships with playwrights. Part of the charm of the Virgin Labfest is I can be as fearless as anybody, and one of the best experiences an artist can have here is to be able to ‘sell’ your own work.”

Four-time Palanca winner Layeta Bucoy belongs to the roster of Labfest alums who count more than three plays under their belt. Beginning with the acclaimed “Ellas Inocentes” in 2007, Bucoy has since written for the stage such plays as “Doc Resureccion, Gagamutin ang Bayan” (Tanghalang Pilipino); “Bona” (Peta); “Walang Kukurap” (TP); and “Sandosenang Sapatos” (TP).

Her screenplays include Viva Films’ “Rigodon” (2012), directed by Erik Matti, and “Melodrama Negra” (2012), a Cinema One original movie.

Bucoy’s latest Labfest entry “Sa Pagitan ng Dalawang Kahong Liham,” a tale of romance and the wounds of passion revealed through the letters of long-time lovers, will open Set A, or the grouping for submissions by Labfest veterans who have produced three or more works in the past.

Also in Set A is Liza Magtoto’s “Anonymous,” about the reunion of a man and a woman two years after they had anonymous sex.

Allan Lopez completes the veterans’ lineup with “Sa Isang Hindi Natatanging Umaga, At Ang Mga Ulap Ay Dahan-Dahang Pumaibabaw Sa Nabubulok Na Lungsod,” the story of an extramarital affair told in bookends, or the beginning when the couple first meets and when they part at the end.

Lopez, who works for a financial company, said writing for theater helps break the monotony of his day job.

“There’s nothing else I want to get out of the Virgin Labfest in the sense that this is already [a great] experience,” said the five-time festival playwright.

Hoping to join the ranks of Lopez and other VL alums is 16-year-old Reya Laplana, a Creative Writing scholar and fresh graduate of Philippine High School for the Arts (PHSA), whose entry, “Sa Lihim,” is a tale about rites of passage.

This year’s youngest writer hails from South Cotabato, Mindanao, where the Virgin Labfest is generally unheard of, but which the youngster uses as the setting for her stories. Laplana discovered the world of writing only at PHSA, where she was inspired by mentors Vera and Glenn Sevilla Mas, another Palanca-winning member of The Writer’s Bloc.

For Eljay Deldoc, who was in college the year the Labfest was launched, his playwright “idol” was his mentor Bucoy.

Deldoc’s “Ang Goldfish Ni Professor Dimaandal” is lifted from the period he had taught in a Laguna high school, where three of his students were suspected of killing another teacher’s pet fish.

“After teaching for three years, I have accepted that I don’t want to be a teacher, but I want to impart learning,” said Deldoc. The Labfest, he added, can help nurture his writing skills, which he intends to use for the campus theater he has helped establish.

What began as one-track deal with a very small repertoire of plays, said Vera, has turned into a venue not just for playwrights, but also for a growing number of artists—directors, actors, production designers—coming from different theater groups who see in the event a chance to do something different and expand their chops.

These directors have been chosen not for them to showcase their work but because they are the best people to make the playwrights’ voices heard, Millado explained.

“A director who could actually be some sort of dramaturge can guide the playwright, and make the experience of the playwright … become informed, [through the] rewriting, revisions and the continuous refinement of the work.”

Growing along with the number of Labfest entries is the festival itself, which had seen a five-percent annual revenue increase in the last five years. Even festival passes are sold out a week before opening day.

“Ten years ago we thought playwriting was dead [because] nobody was writing one-act plays … or even full-length ones except for The Writers Bloc. A lot of writers were skipping writing for theater and going directly to television and film-writing. Or they would use theater and then straight to TV script-writing.”

But the festival has encouraged a new generation of playwrights to join the fellowship, said Millado.

“We’d like to think we had a hand in stimulating the revival [of writing for theater]. The Virgin Labfest has become the de facto annual play festival where directors, actors, designers come to perform and do it in ‘bare bones’-style, all for the love of theater.”