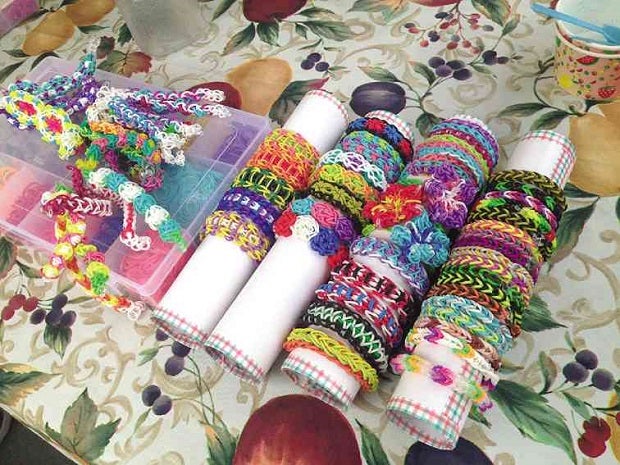 MANILA, Philippines–Cause-oriented groups on Sunday warned pet owners that loom bands can be dangerous for humans and animals.

The Philippine Animal Welfare Society (PAWS) and the EcoWaste Coalition said the “cute, but hard to digest rubber bands” can make pets ill.

“As the rubber band bracelet craze hits the country, we urge fans to remember that these loom bands could spell danger for pets and should be handled with care to prevent pet injuries,” PAWS executive director Anna Cabrera said in a statement.

They cited incidents in the United States, where the toy first became popular, of intestinal obstruction among pets that accidentally ingested the rubber bands.

Ingesting the bands can result in an upset stomach and damage to the intestinal tract. Among the symptoms of intestinal blockage are loss of appetite, nausea and diarrhea, the groups said.

Because of such incidents, the manufacturer of the Rainbow Loom has started advising pet owners to keep the bands away from pets after “one customer had rubber bands surgically removed from her pet’s stomach.”

Meanwhile, the EcoWaste Coalition revealed that fake Rainbow Loom kits are being sold in markets without authorization from the Food and Drug Administration.

“While we did not find lead and other toxic metals on the loom bands, there is no assurance that these products are totally safe for consumers and the environment as these products have no FDA market authorization,” Thony Dizon, coordinator of EcoWaste Coalition’s Project Protect, said.

Both groups advised owners of loom kits to keep the rubber bands away from infants, toddlers and pets by securing the bands in covered containers. They also asked pet owners not to adorn animal collars and straps with loom bands.

While in jail, Estrada plans to polish skill in making loom bands